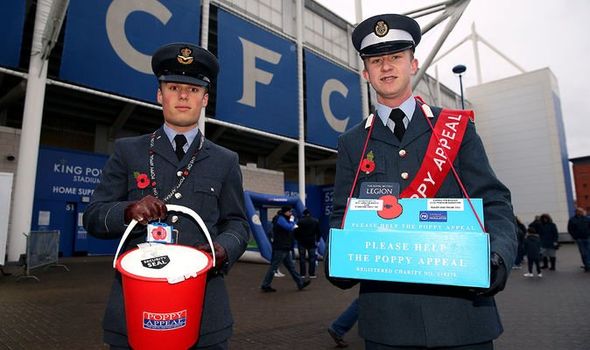 He was joined in his rallying cry by decorated NHS fundraising legend, Captain Sir Tom Moore. Mr Johnson told the Daily Express: “We will not let these difficult times stop us from properly honouring the sacrifices of those who protected this country in its darkest hour, and those who are serving in our armed forces today. While sadly we may not see as many poppy sellers on our streets this year, the Royal British Legion have done a fantastic job to make sure there are new, innovative ways for us to support the Poppy Appeal.”

The pandemic has put paid to tens of thousands of remembrance services – and this year, for the first time, the annual gathering at the Cenotaph in London will be closed to the public.

There is concern that the pandemic could scupper the fundraising drive, with huge doubt over whether collectors – many of whom are elderly – will be able to stand outside shops rattling their tins.

The crisis may also stop enthusiastic supporters leaving their homes in search of a poppy.

But this year the Legion has asked the public to back the appeal “like never before”. 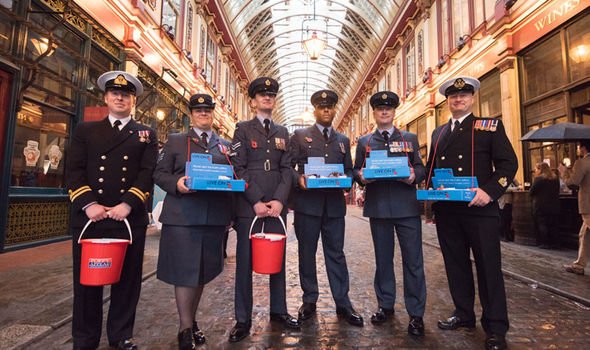 Mr Johnson added: “It’s this year, more than ever before, that we must unite to show our gratitude and thank our servicemen and women for what they have done, and continue to do, for this country.

“So I urge everyone to stand together, take a moment and purchase a poppy, whether it be online, by post or in person. We can never fully repay the debt we owe our veterans, but we can remember that Every Poppy Counts.”

Captain Sir Tom, 100, below, whose garden marathon walk at the height of the pandemic raised £33million, is confident that by Britain coming together last year’s £50million poppy total can be smashed.

The annual appeal is deeply personal for the decorated war hero who served with distinction in the 1st Battalion The Duke of Wellington’s Regiment during the Second World War. 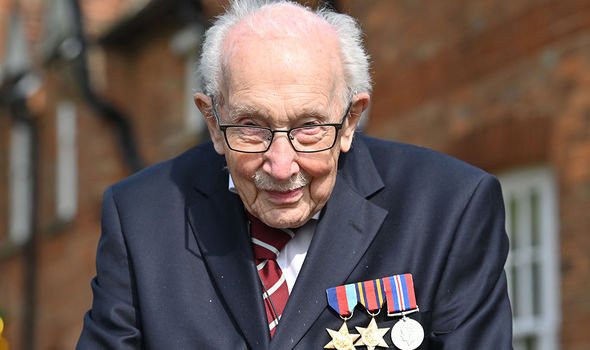 He was conscripted in 1940 and posted to India before joining the fight in Burma, a campaign that saw a million Allied troops from 40 nations attempt to free the British colony from the invading forces of Japan.

Captain Sir Tom, whose catchphrase is ‘Tomorrow will be a good day’, said he was determined not to let COVID derail the Royal British Legion’s efforts to help his brothers-in-arms in their hour of need.

He said: “The Poppy Appeal is very important to me. It’s one of the Legion’s greatest fundraisers and the money that is raised helps so many people.

“We must continue to support our friends and comrades in their time of need. There will be less opportunity to see sellers in the street this year, so I hope people will consider supporting by post or online as all donations are so important.”

The appeal runs from today until Armistice Day on November 11.

As always, money raised will be used to provide lifelong support to serving and former members of Britain’s armed forces, their families and dependants who are hit by hardships, as well as by injuries and bereavements.

The Legion’s director of fundraising Claire Rowcliffe said: “This year we are asking the public to back the appeal like never before because Every Poppy Counts.

“The COVID-19 pandemic has impacted every segment of society and the charity sector is no exception.

“As these are truly unprecedented times, it is too early to say what the impact will be on funds raised during this year’s Poppy Appeal.

“Our priority has been ensuring every poppy makes a difference to the lives of our armed forces community. While you may have to do something different to support the Poppy Appeal this year, every poppy counts so we’re asking people to please support us in any way you can,” she added.

More than 15 million paper poppies will be distributed in supermarkets including Sainsbury’s, Morrison’s, Tesco, Aldi and Asda, as well as online.

Customers will be able to donate while at the tills in Sainsbury’s and Morrisons.

But there will also be cashless donation options for this year’s appeal, including QR codes, text to donate and the use of contactless devices, to ensure the health of collectors and people donating in person.

Throughout this year’s Poppy Appeal the Legion is celebrating the contributions of every member of the armed forces, from the Second World War generation who stepped up 81 years ago to today’s personnel who have worked alongside essential workers in the fight against COVID-19.

More information on how to help the fundraising can be found here.

'Happiest day of my life' – Woman who first came to Ireland as part of Chernobyl Children's Project among 2,000 new citizens