Derbyshire: Police on the scene following death of Gracie Spinks

Gracie Spinks, 23, was found lifeless in a pool of blood in the field near Blue Lodge Farm where she kept her horse Paddy. A man was witnessed running from the scene in Duckmanton, Derbyshire.

Two witnesses found Gracie lying on the ground next to a patch of blood, she was unconscious, one witness saw a male running away.

Gracie’s inquest, which was opened and adjourned today, heard the woman died at the scene despite the best efforts of paramedics.

Police told the hearing the cause of death was a stab wound to the neck, Derbyshire Live reports.

Detective Constable Graham Barrick said: “At this stage her cause of death was a stab wound to the neck that cut through the carotid artery and the jugular vein and then the cervical spine.”

The cervical spine relates to the vertebrae in the neck just below the skull. 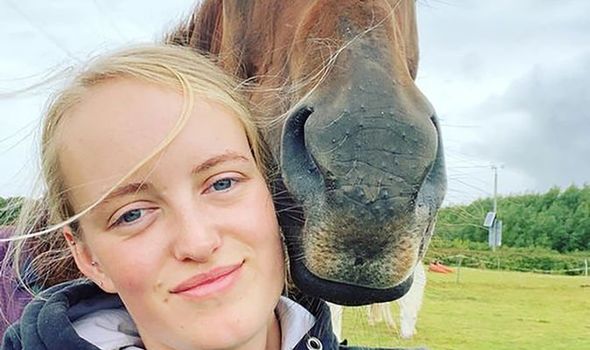 The tragedy happened on Friday morning after Gracie travelled the five miles from her home, in Old Whittington, Derbyshire, to the farm.

The post-mortem found no evidence of a sexual assault in the field but highlighted the catastrophic injuries caused by a weapon.

It was confirmed on Friday that the body of a man in his 30s was found in another field nearby three hours later, with officers saying they’re not looking for anyone else in connection with the deaths.

Det Cons Barrick continued: “At just after 8am, two witnesses arrived at Blue Lodge Farm, near to the horse shelter.

“The two witnesses found Gracie lying on the ground next to a patch of blood, she was unconscious, one witness saw a male running away.

“At 8.13am, a call was made to the emergency services requesting an ambulance for Gracie, it was believed she had been kicked by a horse.

“Whilst waiting for paramedics, one witness carried out CPR on Gracie who was unresponsive. The first EMAS paramedics arrived on the scene at 8.17am, they realised it was an assault and police were called by EMAS at 8.40am.

“Resuscitation procedures were performed by EMAS. However, at 8.50am Gracie’s life was pronounced extinct by Dr Leanne Roberts.” 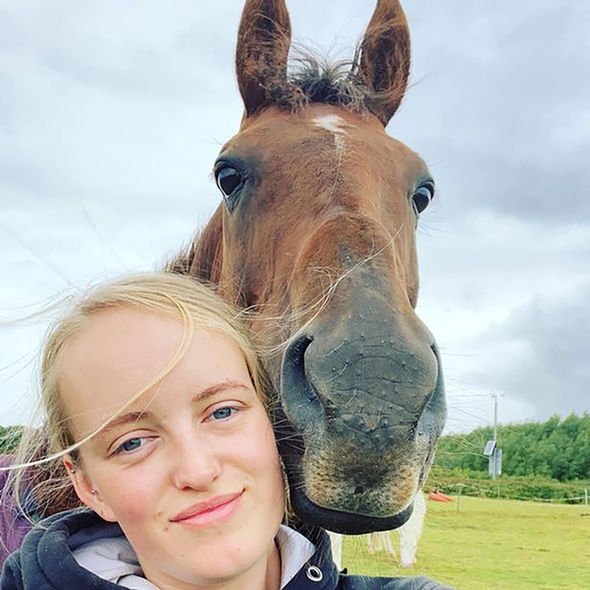 Tributes to Gracie, a lifeguard and warehouse operative, have poured in.

Her heartbroken mum Alison Heaton said online: “My beautiful daughter Gracie taken away from me, her dad and brother and sister and everyone who loved and cared for her x”

Queen’s Park Leisure Centre in Chesterfield, where the woman had worked, posted online: “We were deeply saddened to hear of the tragic death of one of our former colleagues.

“Gracie had previously worked as a popular member of our teacher team and our hearts and thoughts are with her family and friends at this unimaginable time.”

A GoFundMe page was set up in memory of Miss Spinks and in order to look after her beloved horse, Paddy, shortly after her death. It began with a target of £2,500 but has gone far past that now, currently standing at over £12,500.