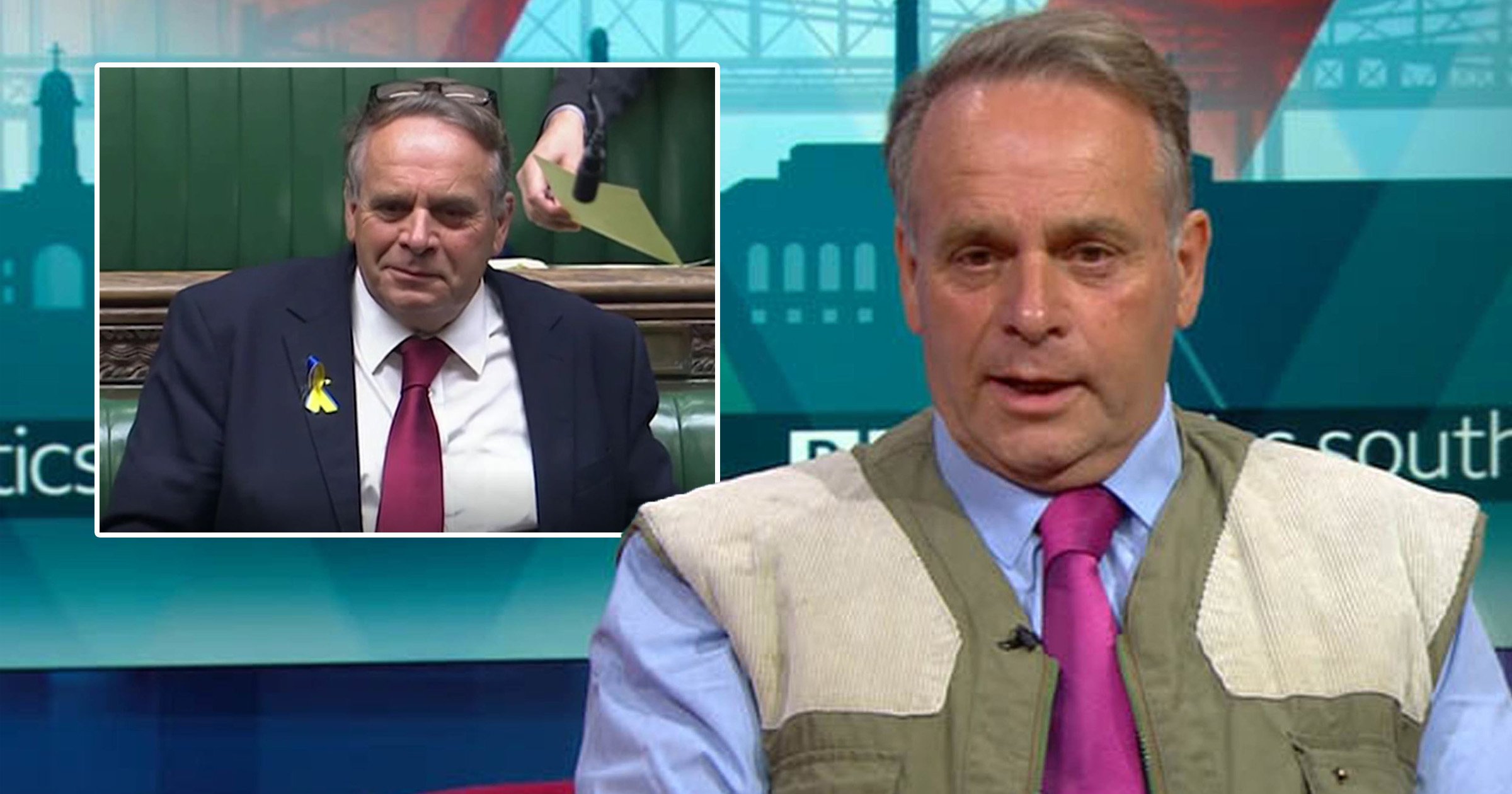 Neil Parish claimed he was looking for tractors after he was spotted viewing X-rated material by colleagues.

The 65-year-old kept quiet about his identity as speculation swirled over who the unnamed MP involved in the incident could be.

Other Conservatives were reportedly enraged that he allowed rumours to spread about other parliamentarians rather than admit it was him immediately.

He was eventually stripped of the whip by Tory party bosses, four days after reports first emerged.

Friends of the Devon MP said the farmer was looking for a brand of combine harvester called a ‘Dominator’ when he ended up on an adult website.

He told the BBC that the first time was an accident but admitted the second occasion was intentional.

Fellow Tories demanded the Tiverton and Honiton MP be thrown out the party after several raised concerns in a private meeting.

Mr Parish confirmed he intended to quit over the weekend but only now has the move been made official.

Under arcane Commons rules, there is no formal procedure allowing an MP to quit their elected office.

Instead, MPs who want to resign must ask the Chancellor to appoint them to a historic ‘office of profit’, a role which disbars them from sitting in the Commons.

A statement from the Treasury confirmed this process has now been carried out, meaning a by-election will take place in his Devon constituency.

It read: ‘The Chancellor of the Exchequer has this day appointed Neil Quentin Gordon Parish to be Steward and Bailiff of the Manor of Northstead.’

He assumes the position – which exists only in name – from Owen Paterson, who was forced to resign for breaching paid lobbying rules, despite government attempts to save his job.

Previous holders have included David Cameron, who quit after losing the European Union referendum and David Miliband, who left British politics after losing the Labour leadership election to his brother.

Reports of Mr Parish’ behaviour have fuelled debates about misogyny and sleaze in British politics.

Parliament’s sexual harassment and bullying watchdog took the ‘exceptional’ step of revealing how many cases it is currently dealing with earlier this week.

The Independent Complaints and Grievance Scheme said around 15 MPs are under investigation for a range of alleged offences.

Greetings card company hits back at Banksy in trademark row