Home » Europe » Portsmouth D-Day anniversary event: What is Portsmouth event Donald Trump will be at?

Donald Trump will visit the UK next month for a three-day state visit. Arriving on June 3, the US President will be accompanied by his wife Melania where he will be welcomed by the Royal Family and have a meeting with Theresa May. Mr and Mrs Trump will be greeted by Queen Elizabeth II at Buckingham Palace, where they will inspect the Guard of Honour, before having an official lunch with Prince Harry in attendance.

On Friday, June 4 the President will meet with departing Prime Minister Theresa May for a breakfast meeting.

Theresa May will step down from her position as Conservative Party leader and Prime Minister three days later on Monday, June 7.

Later that day the Trumps will host their own dinner at the home of the US Ambassador in London.

Prince Charles and Camilla will attend this dinner, representing the Queen.

On the final day of Mr Trump’s trip, he will visit Portsmouth, accompanied by the Queen. 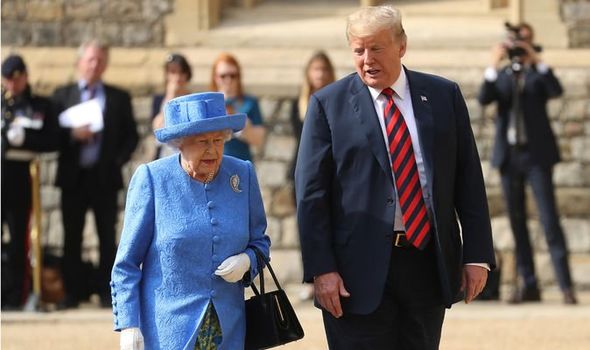 What is the event Mr Trump will attend in Portsmouth?

Mr Trump will attend a ceremony with the Queen in Portsmouth on Saturday, June 5 to mark the 75th anniversary of the Normandy Landings.

The Normandy landings began on Tuesday, June 6, 1944, and were the landing operations of the Allied invasion of Normandy, part of Operation Overlord during World War II.

Code-named Operation Neptune and most frequently referred to as D-Day, it was the biggest sea-borne invasion in history.

The operation started the liberation of German-occupied France – later Europe – from Nazi control, and represented the beginning of the Allied victory on the Western Front. 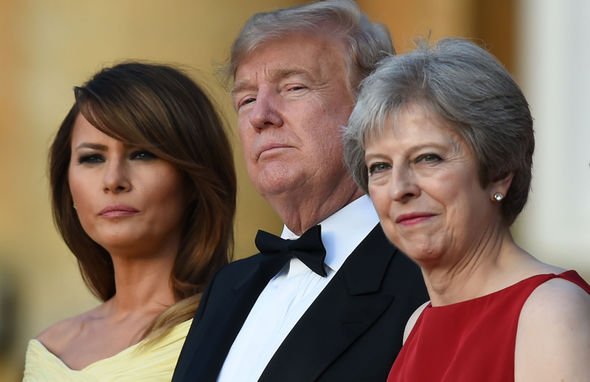 The President and Mrs Trump will be alongside 300 D-Day veterans, and hear musical performances, testimonial readings as well as watching a flyby of 25 modern and historical aircraft.

A White House spokesman said: “This state visit will reaffirm the steadfast and special relationship between the United States and the United Kingdom.

“While in the United Kingdom, the President and First Lady will attend a ceremony in Portsmouth to commemorate the 75th Anniversary of D-Day, at one of the primary embarkation sites for the Allied operation that led to the liberation of Europe during World War II.”

Some have not reacted well to the news Mr Trump will be present at the event. 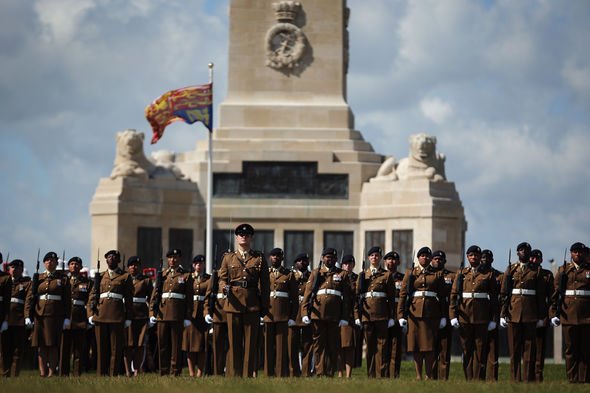 He said: “I am disappointed because it will change the nature of the event a great deal.

“For us, the centre of the events was meant to be the veterans.

“With Donald Trump coming, I think the chances are that it will move from being around commemoration and instead it will be a day of controversy.

“There will be protests and that is not what we want.”

However, Portsmouth’s Tory leader, Councillor Donna Jones had a more positive view of the state visit.

She said: “For many of the veterans, having the President of America attend the event will bring international focus to this global commemoration and present a once in a lifetime opportunity for the veterans.”