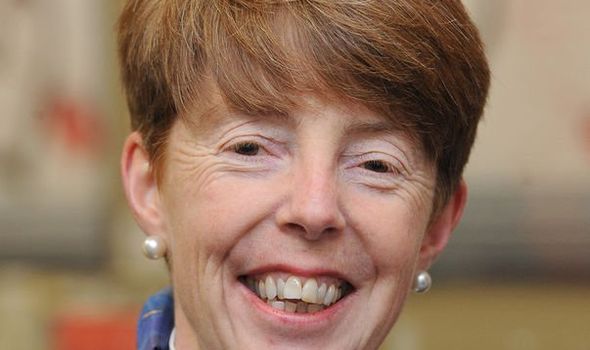 The ex-boss, 62, is expected to come under intense scrutiny in a Government review of the large-scale miscarriage of justice.

Many subpostmasters were blamed for accounting shortfalls caused by the Horizon computer system, and were arrested, charged and in some cases jailed.

The convictions were overturned after a long legal battle and the company agreed to pay nearly £60million in damages.

It is thought at least 736 innocent Post Office workers were wrongly prosecuted.

Whitehall sources expect the review to produce a list of those responsible, with gongs to be submitted for consideration to the honours forfeiture committee.

One source said: “This was an egregious miscarriage of justice and the senior management of the Post Office at the time must be held to account.

“These honours are often dished out to people in the public sector simply for doing their jobs, even when they are completely hopeless at them.

“But some of those in the senior echelons of the Post Office were worse than hopeless. They were cruel.

“It would undermine what little confidence is left in the honours system not to look at stripping gongs from those involved.”

Ms Vennells was chief executive for the seven years up to 2019 when the subpostmasters were accused of theft and fraud.

She was awarded her CBE in 2019 for services to the Post Office and to charity. She said in April that she was “truly sorry” for the “suffering” caused.

Business Secretary Kwasi Kwarteng has confirmed the Government will provide compensation of up to £100,000 each for those wrongfully prosecuted.

The Government review is also expected to look at the role played by former chairman Alice Perkins, 72, wife of ex-home secretary Jack Straw.

Honours are granted by the Queen, acting on advice from ministers, each New Year and on her official birthday in mid-June.

Among those to have seen their honours stripped are Fred Goodwin, the former RBS chief executive, who lost his knighthood over his role in the 2008 banking collapse.

The Cabinet Office, which is responsible for the removal of honours, said yesterday: “We do not comment on individuals.”

Coronavirus shock: Expert stuns Newsnight by admitting one thing UK must do to halt virus