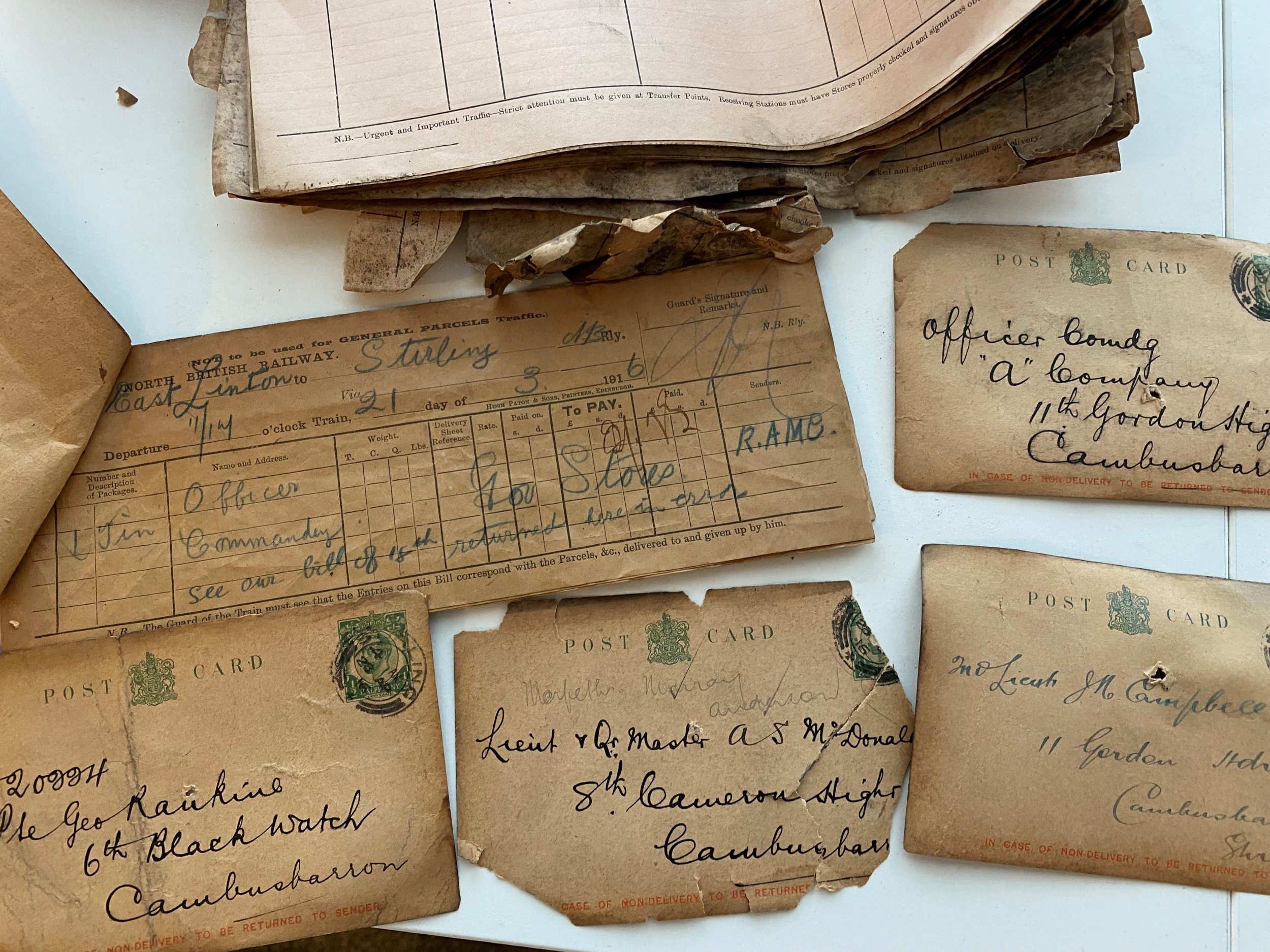 A bundle of World War I postcards and letters to soldiers on the frontline has been discovered hidden in a train station roof.

Workers renovating the roof of Stirling station in Scotland found the bundle of old postcards and papers, earlier this month.

Many of the official Caledonian Railway branded postcards were dated April 1916.

They were sent to regiments stationed in the barracks at Cambusbarron, Stirling, requesting they collect kit bags and parcels from the station.

The discovery of the postcards excited historians, but also led to some unanswered questions – for example, who were the soldiers the letters were addressed to and what happened to them?

In a bid to find out, Network Rail contacted the regimental museums for the Gordon Highlanders, the Cameron Highlanders and the Black Watch.

Information from the Cameron Highlanders Museum revealed that the 8th Battalion Seaforth Highlanders left for France in July 1915, landed at Boulogne and took over a sector in the line at Loos on August 6.

The 8th Seaforth’s first major battle was in Loos on September 25, which resulted in the battalion losing 718 of the 776 it had started the day with.

One soldier Network Rail was able to partially track down was Captain and Quartermaster Arthur James MacDonald of the 8th Battalion of the Queens Own Cameron Highlanders.

He was wounded on October 28, 1918, possibly at the Battle of Cambrai. As he was injured so close to the end of the war, it is thought he may have made it home alive.

Network Rail is trying to track down Capt MacDonald’s relatives or anyone with any information about him.

Helen Agnew, Network Rail project manager for the Stirling Station roof works said: ‘It’s been incredible to see these postcards, many of which are more than one hundred years old and to find out about some of the items that were sent on the railway.

‘Finding these items in the roof of the station has already offered a fantastic insight into the past but to be able to trace any family members of those who served would be incredible.’

Ernie Pope, coordinator for The Highlander’s Museum who was instrumental in the research into Capt MacDonald, said: ‘I believe the importance of remembrance is that everyone of us, in this country, will have a distant relative who either, took part in the Great War, or was impacted by it.

‘We should never forget the suffering, loss and sacrifice made by so many during one of the darkest periods of world history.

‘Let us all hope and pray we never see it’s like again.’

The postcards and papers are in a fragile condition and will be properly preserved before being put on display in the future.

Arundel Castle robbery: How much are Mary Queen of Scots’ rosary beads worth?