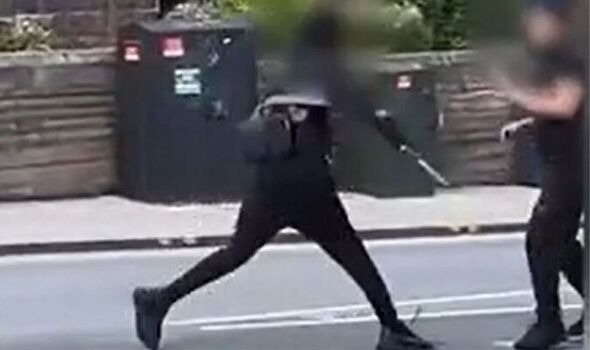 Young people have shared their growing fears of being caught up in violence due to ‘postcode wars’ involving rival gangs where they live. Speaking to Yorkshire Live, two teenagers spoke about how “hassle can come to you” with little provocation or warning – and sometimes the suspicion and threats stemmed from the street you grew up on or people who might know.

“People are fighting over postcodes,” said one young man, 18, who knows some of those caught up in the violence. He didn’t want to be named but said: “There are bad parts (of the town), with separate areas thinking they rule over each part. If you don’t know no-one and no one knows you, you are fine.”

But those who get involved in social media arguments, or who reside in a ‘bad area’ can find themselves in trouble, he said.

“You have to be paranoid and keep your wits about you,” said his friend, 17. He added: “You have to observe people and you need to know if they are in gangs or if they are carrying something.”

He claims he has previously been threatened via a post on Snapchat.

“I don’t come into town late now. There are a lot of problems with knives. I had someone threatening to stab me. They got lippy to me on text and I rose to it. They said ‘meet me and I will stab you up’. I said I will fight, but not with a knife. The problem is that you don’t know if people are after you.”

Both said they do not carry weapons but they know people who have done in the past.

“Carrying a knife is not the thing to be doing,” said one. “I think kids are being influenced by other people with knives.”

This bleak view of Huddersfield isn’t shared by Nader Adam, 26, who came to the UK as an asylum seeker from Darfur, Sudan, and is now settled in the town, having previously lived in Nottingham. He enjoys spending time with friends in St Peter’s Gardens, beside the parish church, and has yet to see any kind of trouble.

“In five months, I have never seen anyone fighting,” he said. “Every day I am in this park.”

He’s due to start work in a warehouse and says he likes living in Huddersfield, having been subjected to violence when he was living in Sudan.

“I’m safe. I am thankful to the UK and I feel blessed. Thank you from hy heart.”

Speaking about crime, he said: “Huddersfield is a safe place. People are really kind. If you need help, they help you.”

He said Huddersfield was “100 times nicer” than many other places he had lived in.

A retired engineer, who has lived in Huddersfield for many years but did not want to be named, declared Huddersfield to be a ‘safe’ town for those who are polite and not ‘aggressive’ towards others.

“Having an aggressive nature sucks you into trouble,” he said. “Politeness pays in the end and I am polite with anybody who talks to me in town. Their nature and what they are doing have nothing to do with me. You should treat people as you want to be treated.”

He believes that criminals eventually pay for what they have done and sometimes this could mean losing their lives: “If they are sucked into crime, they may pay the price. The price may be assassinated [sic].”

Becky says she had kept up to date with recent serious crimes in Huddersfield, including the alleged murder of schoolboy Khayri Mclean, 15, in Fartown earlier this year.

“That was terrible, absolutely awful,” she said. “I don’t let my kids come into town and they are in their early 20s.”

George, 77, from Almondbury, Huddersfield, said he felt safe in the town centre, although he said there was “plenty of crime about at night – I don’t come into town at night.”

“If I came down at night I would feel safe. There are certain places I would not go. I would not go towards the Bradford Road area. I know stuff does happen down there.”

Cosmetic surgery disaster: I almost lost my lip after having fillers, says vlogger