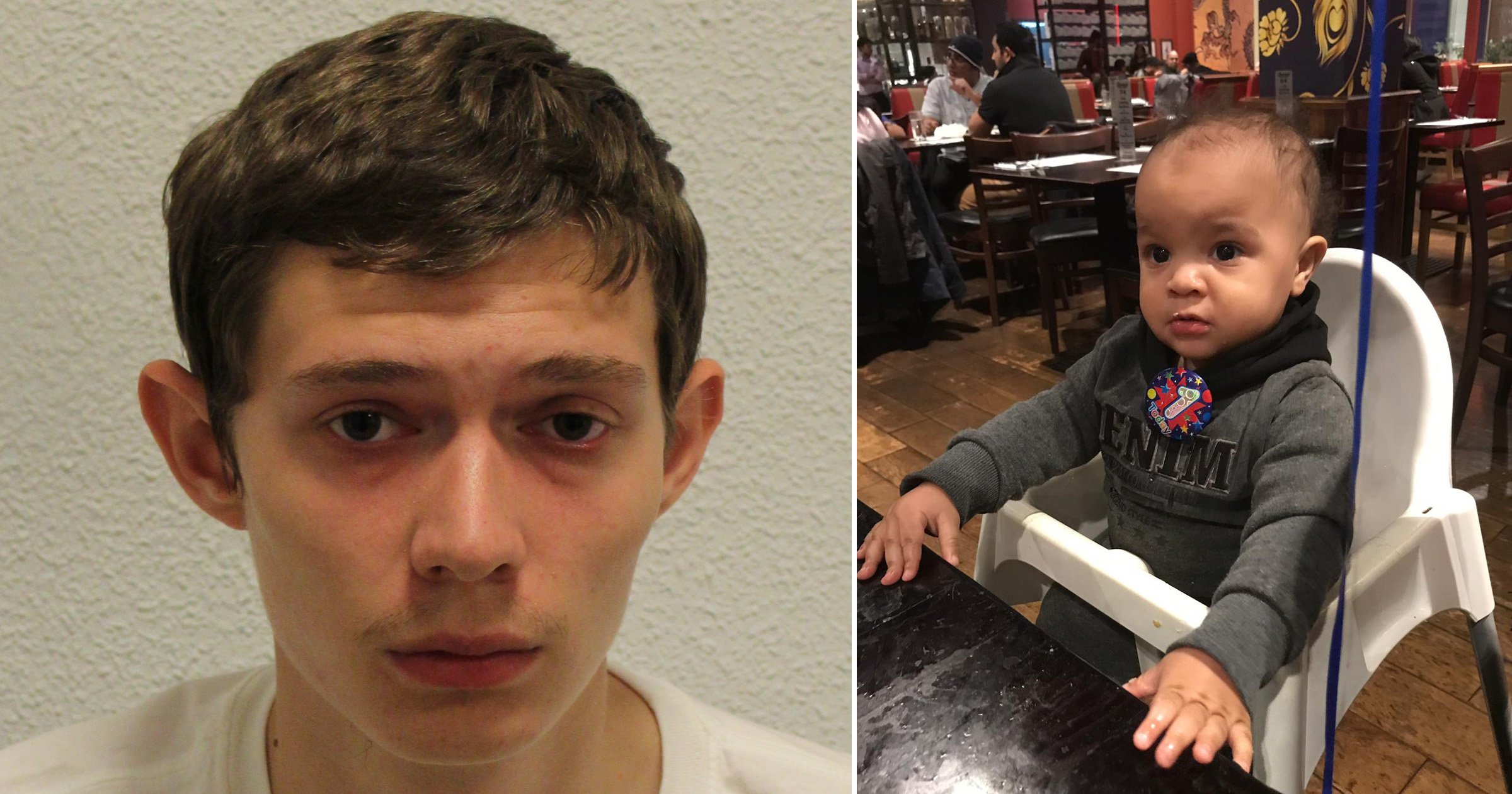 A postman who killed his girlfriend’s 18-month-old son has been jailed for nine years.

Devout Christian Scott Coombe became ‘irritated’ with Andrew Cawker before losing ‘control’ ahead of the toddler’s death on July 22, 2019.

He had thrown the child to the floor, the Old Bailey was told, then called 999 when he never regained consciousness.

Coombe told operators Andrew was ‘looking a bit stuff’ and claimed he had collapsed suddenly while paying at his girlfriend’s flat in southeast London.

The child was rushed to hospital where he died from head injuries a matter of days later.

Coombe had admitted manslaughter on the basis that he became irritated, picked him up and ‘in a moment of anger and frustration, shook him vigorously backwards and forwards briefly and then threw him backwards’.

Jurors later heard how the 24-year-old had become ‘besotted’ with the child’s mother, Tamika Beaton.

He had looked after Andrew while she attended dance classes.

Initially, she blamed the toddler’s injuries on his father, Ben Cawker, and on the child’s ‘clumsy’ nature.

Beaton, 25, from Peckham, south-east London, was found guilty of child cruelty by wilfully neglecting to protect her son.

And on Friday, Judge Mark Lucraft KC jailed Coombe at the Old Bailey for nine years.

He sentenced Beaton to 12 months in custody suspended for 18 months.

He said Andrew’s father, who was not in court, had faced a ‘nightmare scenario of having his son killed and having some stain cast on him’.

On the seriousness of the offence, he told Coombe: ‘There is a clear history of violence or abuse towards Andrew by you.

‘Andrew was particularly vulnerable because of his age. There was also the abuse of a position of trust.’

He told Beaton: ‘It is clear to me you were fully aware of the injuries to Andrew. There was no adequate explanation for them.’

Previously, the court had heard how Beaton had put her own interests before those of her son with ‘catastrophic’ consequences.

She had started to cheat on Mr Cawker after meeting Coombe at a fitness class shortly after Andrew’s birth.

Her son began to show ‘regular bruising’ by March 2019.

Outlining the fatal assault, prosecutor Sally O’Neill KC had said: ‘On July 9 2019 she had gone to a dance class, leaving Scott Coombe in charge of Andrew, knowing that he had done a full day’s work as a postman.

‘He was willing to look after Andrew but the risks of allowing him to do so must have been obvious to Tamika Beaton, and she chose to disregard them as she had done on a number of previous occasions.’