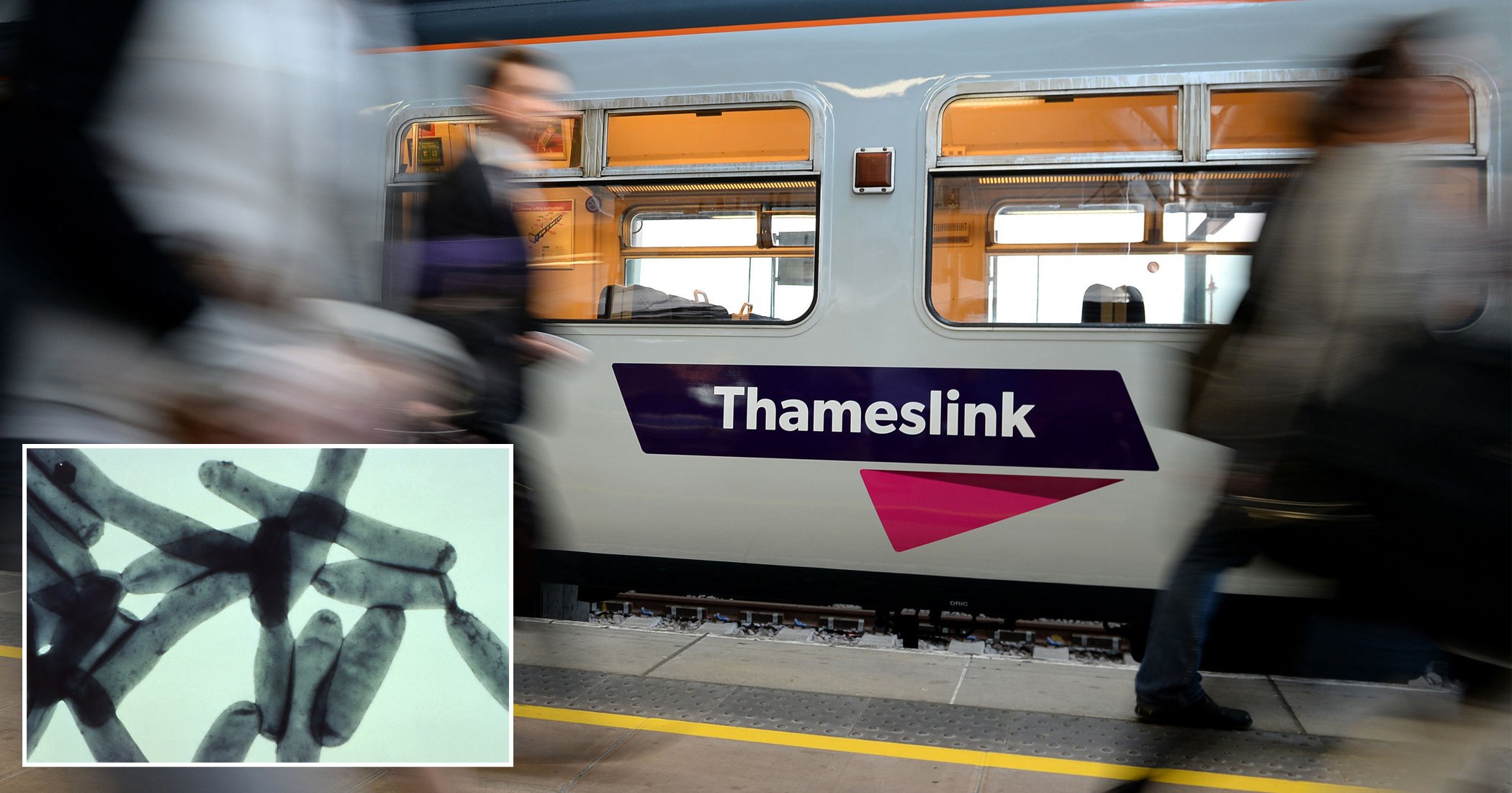 Train workers are threatening to strike over the presence of a dangerous bacteria in carriage toilets.

‘Potentially lethal’ amounts of legionella have been found on Thameslink services, the Rail, Maritime and Transport (RMT) union said.

The union accused Thameslink of a ‘pitifully inadequate’ approach to tackling the issue and said it was gambling with passenger and employees’ health.

But the rail company, which links major cities including Cambridge, London and Brighton, said it inspected the toilets and only ‘very low’ levels of legionella were found.

The RMT said seven toilets on four trains had actionable traces of the bacteria, which can cause Legionnaires, a lung disease.

He said: ‘RMT has been raising concerns for weeks now, and the latest cavalier approach from the company is pitifully inadequate and is an outright gamble with passenger and staff health.

‘We have now declared a dispute and, be in no doubt, if we don’t get serious action we will ballot our members and do whatever is required to end this reckless approach to a potentially lethal situation on these increasingly busy trains.’

Thameslink’s train services director Rob Mullen said: ‘A very low level of Legionella was found to be present during testing in a small number of our Thameslink Class 700 train toilets.

‘While it is extremely unlikely this would cause any harm to passengers or colleagues, the toilets affected were immediately locked out of use.

‘The trains were taken out of service and these toilets have now been drained, bleached and had their tanks completely re-filled.

‘There is no recorded case of anyone, ever, having contracted Legionella from a train.’

Thameslink is a part of the Govia Thameslink Railway, the UK’s largest train operator.

The company added in a statement: ‘Legionella can potentially be spread through atomised water droplets in the air in enclosed spaces, but water in our toilets is gravity-fed, which makes this extremely unlikely and further lowers the already very low risk. However, as a precaution, we immediately closed the affected toilets and took these trains out of service.

‘The toilets affected have been completely drained, bleached and re-filled to rectify this situation.

‘All other parts of the trains were unaffected, including our air con systems, which do not use water (they use refrigeration to cool the air).

‘Therefore, as Legionella spreads via water-based vapour, it is not possible for it to be present in our air con systems.’