Home » Europe » Prepare yourselves because Donald Trump is back on Twitter 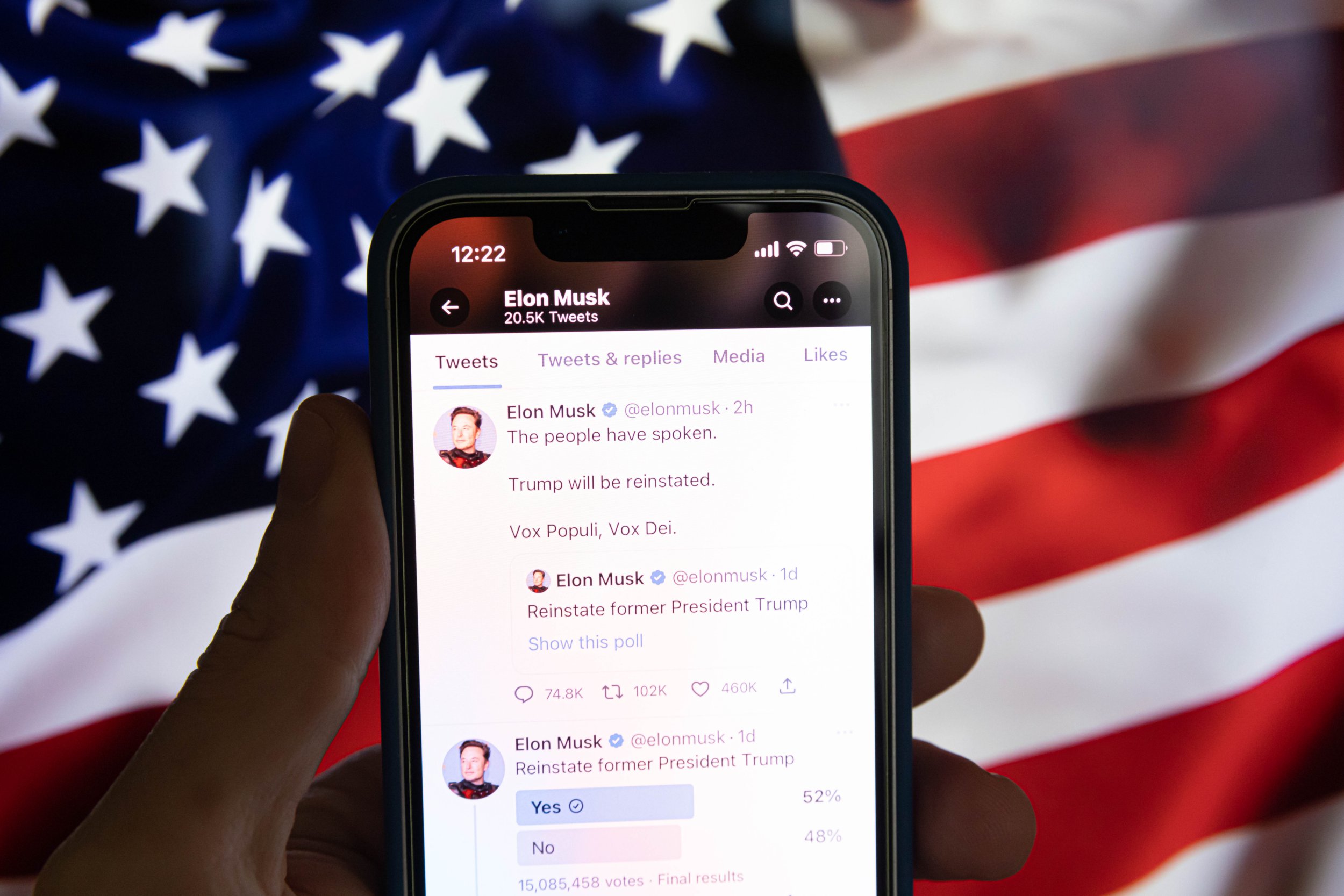 It reverses a ban that kept the former president off his favourite social media platform in the wake of the deadly riot on January 6 2021.

Musk made the announcement in the early hours after holding a poll asking Twitter users to click ‘yes’ or ‘no’ on whether Trump should be allowed back.

‘The people have spoken. Trump will be reinstated. Vox Populi, Vox Dei,’ Musk tweeted, using a Latin phrase meaning ‘the voice of the people, the voice of God’.

It is not yet clear whether Trump would actually return to Twitter.

A constant tweeter before he was banned, the former president has previously said he would not rejoin Twitter even if his account was reinstated.

Shortly after Musk’s announcement, Trump’s account reappeared with over 1.2 million followers, but it was not following any other users.

Trump’s last tweet was posted on January 9 2021, reading: ‘To all of those who have asked, I will not be going to the Inauguration on January 20th.’

All of his old tweets also reappeared when the account was reinstated – more than 59,000 of them.

Earlier in the evening while addressing a Republican Jewish group meeting in Las Vegas, Trump said he was aware of the poll but he saw ‘a lot of problems at Twitter’.

‘I hear we’re getting a big vote to also go back on Twitter. I don’t see it because I don’t see any reason for it,’ he said.

‘It may make it, it may not make it,’ he added, apparently referring to Twitter’s recent internal upheavals.