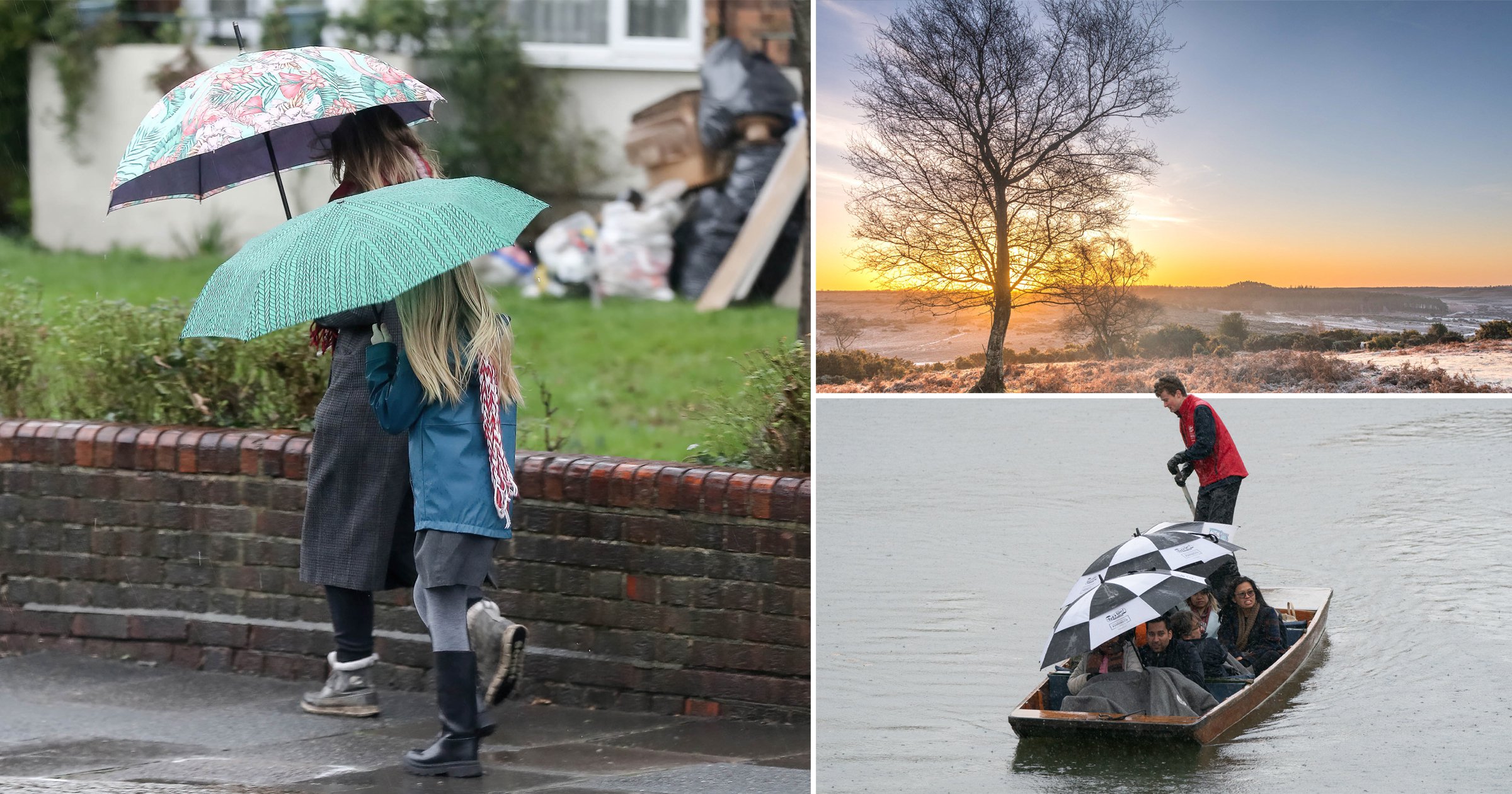 The recent bright winter weather is set to turn grey and wet as Britain is belted with showers this weekend.

Wet and windy conditions have already hit the north of Scotland as a 115mph Atlantic jet stream comes in from the northwest.

As the high speed winds move east and south, more of the country will see outbreaks of heavy rain.

The southeast should stay dry until Saturday night – when London get its turn to sit through miserable weather.

Wales will be hit most severely, with the Met Office issuing severe yellow weather warnings for central and southern parts of the nation across the whole of Sunday.

The warning tells people to expect the heavy rain to lead to ‘some disruption’. It says: ‘Bus and train services probably affected with journey times taking longer.

Things are set to become more settled by Tuesday – before another low-pressure system hits on Wednesday.

It is a bit too early to tell now, but this system is expected to bring rain again with the possibility of snow flurries.

London’s temperatures are forecast to stay between 7°C and 10°C, dropping to under 5°C at night time, reaching 0°C at some point.

Temperatures further north in Newcastle look fairly similar, but the city’s forecast holds a much higher chance of rain on Sunday.

It will feel colder and wetter the further north you go – with Edinburgh expecting a weekend around 5°C.

Rural parts of Scotland will have already hit -10°C on Friday morning as the are turns significantly cooler for the whole country.

Met Office Chief Meteorologist Steve Ramsdale said: ‘As the system pulls away from the UK there will be another short-lived, colder and more settled spell Monday night with one or two wintry showers possible over high ground in Scotland and perhaps a frost elsewhere.’

As the weather turns on Wednesday, new warnings are expected to be issued for different parts of the country.

The chopping and changing between winter conditions is fairly typical of the season for the UK.

This unpredictableness should continue right up until next Wednesday, with some breaks of cold sunshine in between.