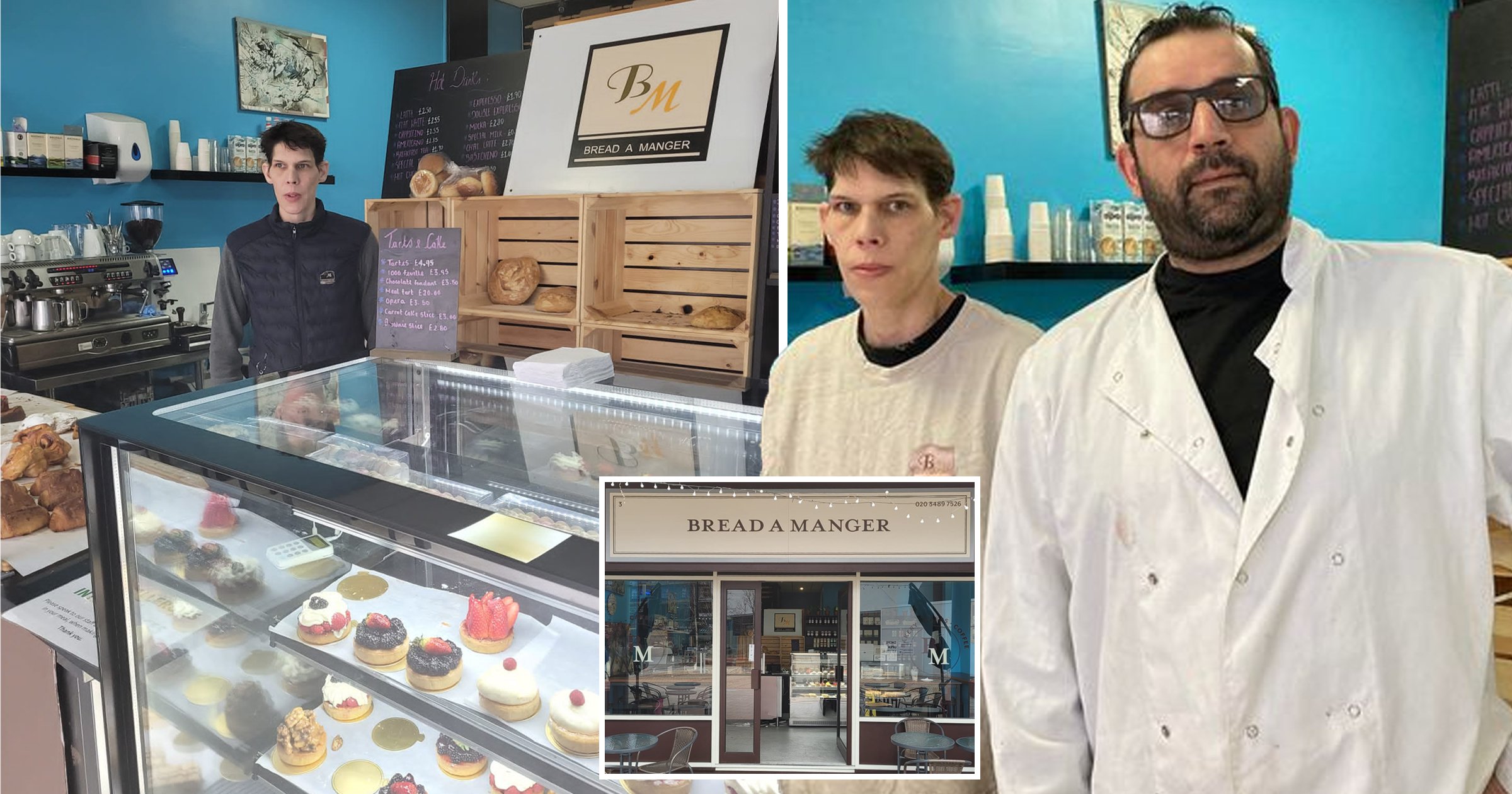 A battle has broken out between a London bakery called Bread A Manger and sandwich giant Pret A Manger.

Bread A Manger is an independent bakery in Bermondsey, south London, specialising in sweet treats such as pastries and French tarts.

It was issued an ultimatum by Pret A Manger last week – to change the name or face further action.

But owners Bertrand Kerleo and Fouad Saber say their business is their own, and claim an entire rebrand could cost them thousands.

They describe the pressure from Pret as ‘bullying’.

Fouad told Metro.co.uk: ‘When I first got the letter, I thought it was a joke or a scam.

‘I was laughing because I thought it could not be real. We are French, and we speak French, that is why we picked the name.

‘But when I checked the bottom of the letter and saw the company name, I realised it was not a joke. This was real.

‘To us, it felt we were being bullied about the name, the logo and the website.’

Sleepless nights followed for Fouad, from Lyon, and Bertrand, from Brittany.

They feared they might lose the company – which they set up together in May 2020 after both men lost their jobs due to lockdown – they’d grown so much.

But loyal customers have come out in full force to save their pastries from peril.

Fouad said: ‘Our customers have been sharing what has been happening on Facebook and Twitter. They have been the very best.

‘We are not scared now, we are confident.

‘We will keep fighting, it does not matter how long it will take. I am from Lyon, and we always fight in Lyon, we never give up.’

Pret A Manger has 312 stores across London. In total, the company employs 10,000 people compared to the three-person team at Bread A Manger.

Pret A Manger told Bread A Manger to respond to its letter by March 3.

No reply has yet been sent.

Jo Holinska, head of operations in London at Pret A Manger, said: ‘Thousands of Pret team members across London have worked hard to earn the trust of customers in the city over the past four decades, and although we appreciate it when other businesses take inspiration from what we do, this name is just too close, especially when many of the products are similar too.

‘We’re more than happy to give the business the time it needs to make these changes and to provide any support we can, and we’ll be getting in touch again to see if we can resolve this in a fair and amicable way.’

Lawyer threatened his clients after leaking documents about their company, court hears