Home » Europe » Price tags strategists are tricking us into spending way more than intended… Watch out! 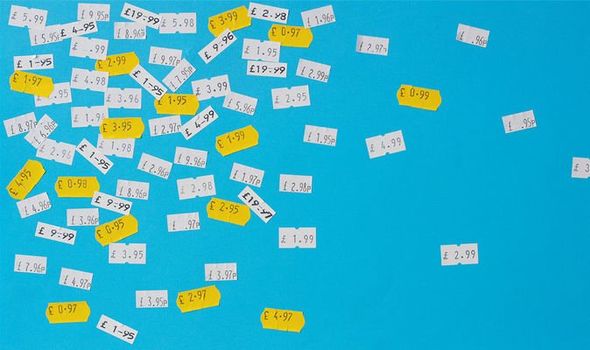 Life is ruled by numbers. Number 13 is deemed as unlucky, many have a preference between even and odd, and number seven causes fascination.

Why is number seven regarded as the luckiest of digits?

Some theories point at religions and popular cultures as the cause — in many, it has a special meaning —; others attribute it to the fact that there are seven days a week, meaning that the number is ingrained in our subconscious, something similar happening with the seven notes found on the musical scale and the seven continents surrounded by seven seas on our planet.

The thing is, numbers all around us, wherever we go – from the weekly shop to our Netflix subscription.

It may come as no surprise that significant theory and research are put into businesses’ pricing strategies. One element taken into account when defining the price of a product or service is people’s subconscious bias, which can draw potential customers to certain numbers, such as seven.

Price tags aren’t decided intuitively – the numbers on every price tag are what they are for a reason. Companies alter their pricing according to a moment’s particular market trends and their individual needs.

Something being priced at £99.97, just 3p away from £100, makes an important difference in customers’ minds. Not only does the number seven bring supposed luck but to the naked eye, a number that isn’t full, which would be the case with 100, seems more affordable.

Author of several books that discuss pricing strategy, including ‘Setting Profitable Prices’, Marlene Jensen ran tests with multiple clients looking into pricing when she was studying for her PhD in ‘Economic Behaviourism’. She posed questions asking how people feel about prices ending in different numbers, from $19.99 through to $19.90.

Jensen also found that in the context of supermarket pricing the attitude toward numbers varieties by gender. While women are highly influenced by this strategy, this isn’t so much the case for men, who are more attracted by rounded price points.

Discussing Jensen’s research in an article published in Megouda, Kim Mateus says: “If I remember correctly, $19.97 generated a 15 percent higher response than the loser, which I believe was $19.93. So you can actually move the response rate tremendously by changing that last digit.”

Mateus also discusses the psychological value of number nine, which she says ranks in second place in terms of price point popularity. Number five is third.

The concept of number seven’s power gained traction when marketer Ted Nicholas, author of dozens of books regarded as one of the world’s most successful direct response marketers, praised its value in rising sales in one of his workshops.

There is also the view that a price ending in seven has been meticulously calculated, suggesting fairness. This makes buyers feel good about how they are spending their money.

Good riddance Galileo! UK already ‘talking with US’ to incorporate GPS into satellites