A peaceful society where “every single person is valued” should be the “legacy” of murdered journalist Lyra McKee’s life, her friends and family have demanded.

The funeral of the 29-year-old, held in Belfast on Wednesday, heard powerful and political statements from those closest to the journalist.

Ms McKee was shot in the head on the Creggan estate in Londonderry on 18 April as she reported on riots in the Northern Ireland city.

The so-called New IRA have claimed they were behind her killing. 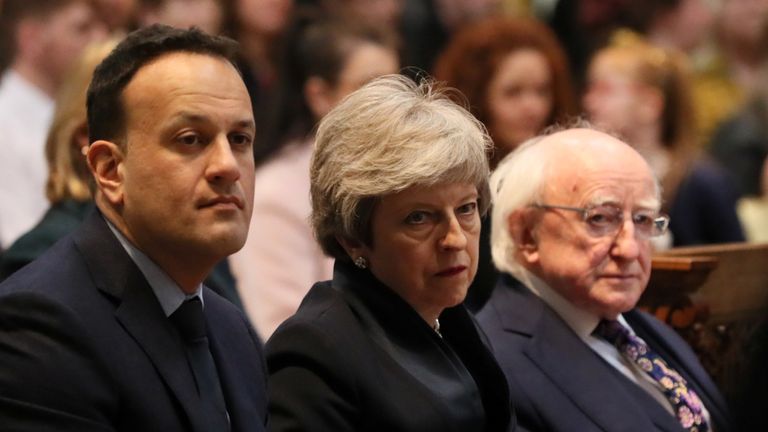 Wednesday’s service, at St Anne’s Cathedral near Ms McKee’s north Belfast home, was attended by both UK and Irish political leaders, while her friends and family wore outfits recognising her favourite films.

Mourners adorned themselves with Harry Potter scarves and T-shirts, as well as Marvel superhero-related clothing.

In a tribute to his friend, Stephen Lusty revealed how Ms McKee was planning to propose to her partner Sara Canning in New York in May.

Mr Lusty said: “Today we grieve but tomorrow let us fill that hole by adopting Lyra’s spirit, example and vision.

“Let us put false starts behind us and once and for all build an alternative Ulster that we, and especially our children, can be proud of.

“Let us make the lasting legacy of Lyra McKee that peace.”

McKee’s sister Nichola Corner also urged people to follow the example of the investigative reporter, who she described as “the kindest, the gentlest, the most loving person the world will never forget”.

To a standing ovation, she said: “Within each of us we have the power to create the kind of society Lyra envisioned.

“This is Lyra’s legacy that we must carry forward, this is the gift that God gave the world on 31 March 1990.

“And we are all responsible for helping God’s will to be fulfilled – each and every one of us.

“In the words of Lyra herself: ‘We must change our own world one piece at a time’. 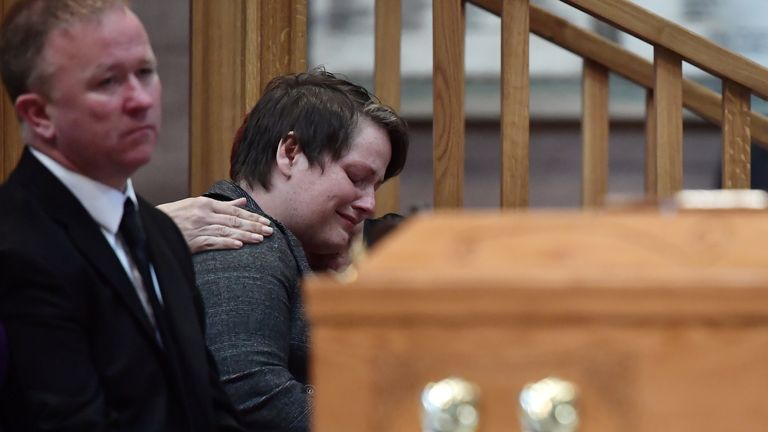 Catholic priest Father Martin Magill urged Northern Ireland’s politicians to use McKee’s murder as “the catalyst needed for parties to start talking” amid a two-year absence of a power-sharing deal at Stormont.

Prompting a sustained standing ovation from the congregation, he asked: “Why in God’s name does it take the death of a 29-year-old woman with her whole life in front of her to get to this point?” Fr Magill said he could “detect a deep desire” that McKee’s death might be “the doorway to a new beginning”.

He also told those responsible for Ms McKee’s murder: “I encourage you to reflect on Lyra McKee, journalist and writer, as a powerful example of ‘the pen is mightier than the sword’.

“I plead with you to take the road of non-violence to achieve your political ends.” 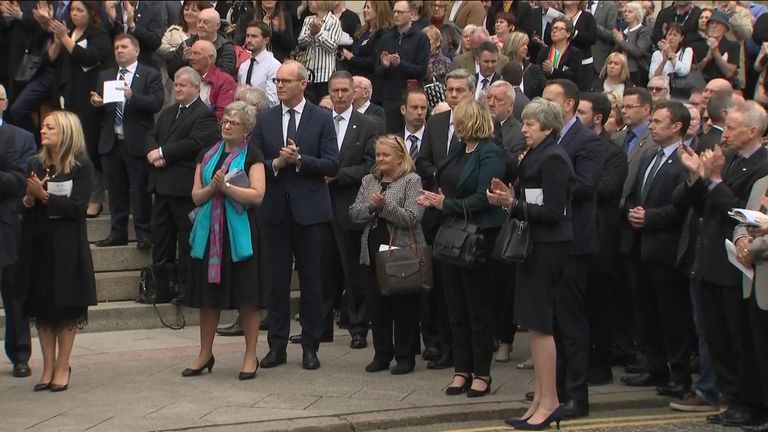 After the funeral, Ms McKee’s partner was embraced by Mr Higgins, before he joined his fellow politicians to applaud the departure of the hearse.

George Hamilton, chief constable of the Police Service of Northern Ireland, made a plea for anyone with information about McGee’s killing to come forward.

He said: “She cared passionately about issues and worked hard with an integrity.

“That’s in complete contrast to those people who came out of the shadows last Thursday night, fired shots towards police lines, hitting Lyra and fatally injuring her.”

Newcastle revellers turn out in force as tier 3 lockdown looms