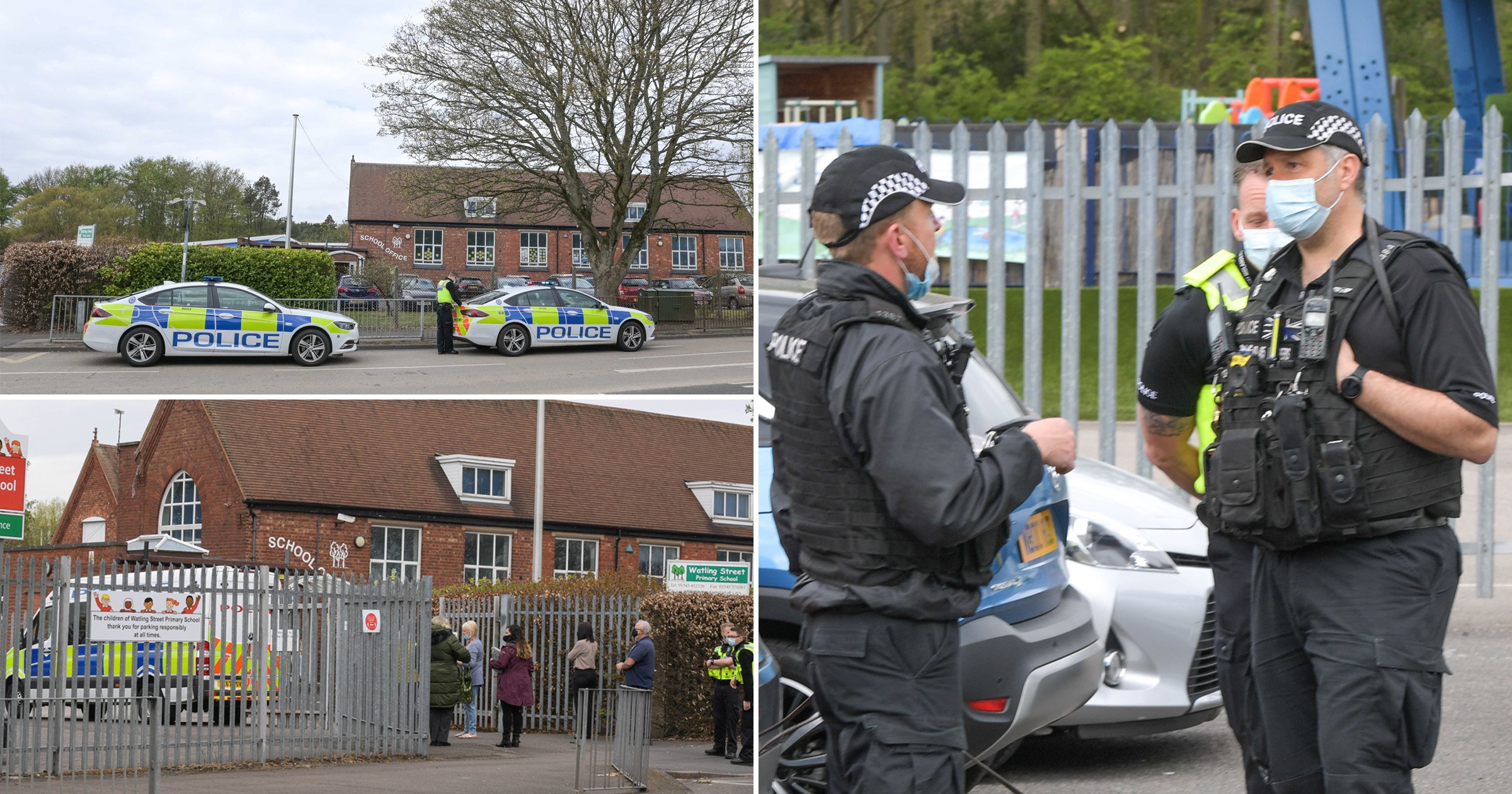 A primary school has been placed under lockdown after an anonymous caller made a bomb threat just before pupils were set to arrive for the day.

Watling Street Primary School in Walsall had to be evacuated and people were banned from entering the building as specialist officers carried out an extensive search.

Police officers were seen checking under cars in the car park and deploying sniffer dogs.

Nothing suspicious was found and it’s thought the call was false and malicious.

Parents were told to keep their children at home or stay in their cars, if they had already left for the school-run.

Donna Probert, the school’s headteacher said: ‘Due to the nature of a telephone call that was received this morning, the school’s emergency procedures were enacted. The school was evacuated and the emergency services were called.

‘Our school has been thoroughly searched by the Police and is safe to reopen for pupils tomorrow. It is our priority to provide a safe and secure environment for all of our pupils and for our staff.’

A West Midlands Police spokeswoman said: ‘We were called following a call made to Watling Street primary school in Brownhills, Walsall, this morning.

‘An anonymous person called the school and made a bomb threat just before 8.20am.

‘A number of children and staff were evacuated from the school.

‘Schools are some of the safest and most secure public spaces with well-rehearsed safety plans in place to deal with a range of emergencies. Staff are highly trained and the well-being of students is their top priority.

‘The children all went home with their parents while the school was thoroughly searched by our dogs unit and specialist officers from our operational support unit.

‘Nothing suspicious was found and it’s thought the call was false and malicious.’

The school is still closed and parents have been told staff will be in touch directly about when it will reopen.

Police are looking to trace the call made to the school and track down the person responsible.

The police spokeswoman added: ‘We understand that these types of incidents are distressing, we take these matters extremely cautiously, however, we must stress there is no credible threat.

‘We would ask you to remain vigilant and report any suspicious behaviour to police by calling 101.’