Home » Europe » Prince Andrew, 62, says he has 'deepest love' for 'mummy' in tribute 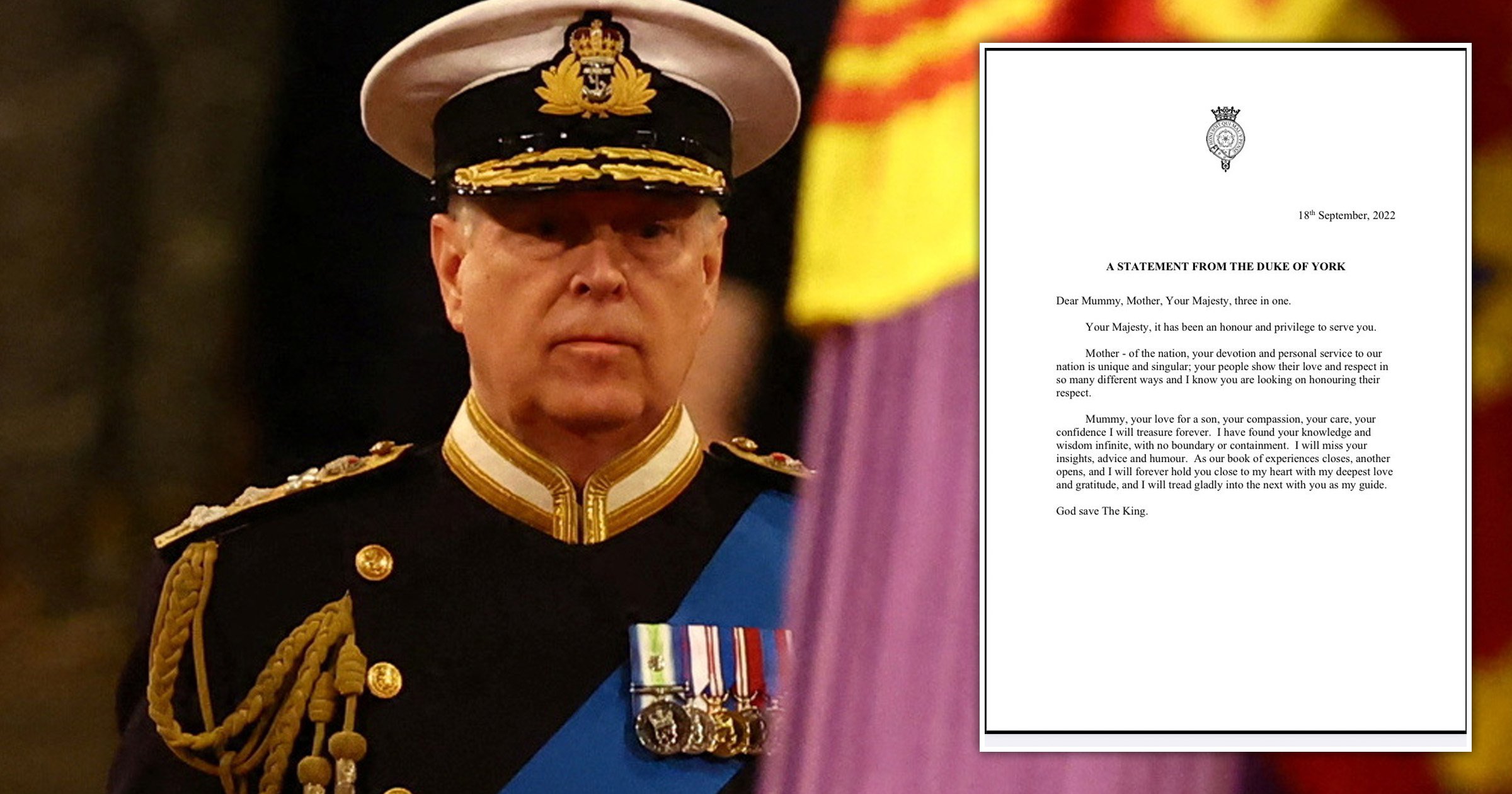 Prince Andrew has paid tribute to his late mother the Queen and said:’ Mummy, your love for a son, your compassion, your care, your confidence I will treasure forever.’

The Duke of York, 62, has spoken out after the death of his mother last week.

He said in a moving statement: ‘Dear Mummy, Mother, Your Majesty, three in one.

‘Your Majesty, it has been an honour and a privilege to serve you.

‘Mother – of the nation, your devotion and personal service to our nation is unique and singular; your people show their love and respect in so many different ways and I know you are looking on honouring their respect.

‘Mummy, your love for a son, your compassion, your care, your confidence I will treasure forever.

“I have found your knowledge and wisdom infinite, with no boundary or containment.

‘I will mill your insights, advice and humour.

‘As our book of experiences closes, another opens, and I will forever hold you close to my heart with my deepest love and gratitude, and I will tread gladly into the next with you as my guide.

“I have found your knowledge and wisdom infinite, with no boundary or containment.’

Andrew stepped down from public life over his friendship with paedophile billionaire Jeffrey Epstein in 2019, and has since been removed of his honorary military titles.

Lst year the Queen’s disgraced second son paid millions to settle a civil sexual assault case to a woman he claimed never to have met.

Virginia Giuffre sued him for allegedly sexually assaulting her when she was 17 after she was trafficked by Epstein.

In January the Queen stripped him of all of his honorary military roles, including Colonel of the Grenadier Guards, and he gave up his HRH style.

Earlier this week Prince Andrew joined his brothers King Charles and Prince Edward, and his sister, Princess Anne, for a 15-minute vigil at Westminster Hall on Friday.

They each stood for 15 minutes, each at a corner of the Queen’s coffin, as part of the poignant vigil.

As minutes ticked away, a steady stream of people walked by in silence as they passed the late monarch’s casket.

Earlier this week his sister, Princess Anne, also paid tribute to the Queen.

She said ‘it has been an honour and a privilege to accompany her on her final journeys’.

‘Come live with me!’ Furious veteran who lost nephew in Afghanistan ‘welcomes’ refugees