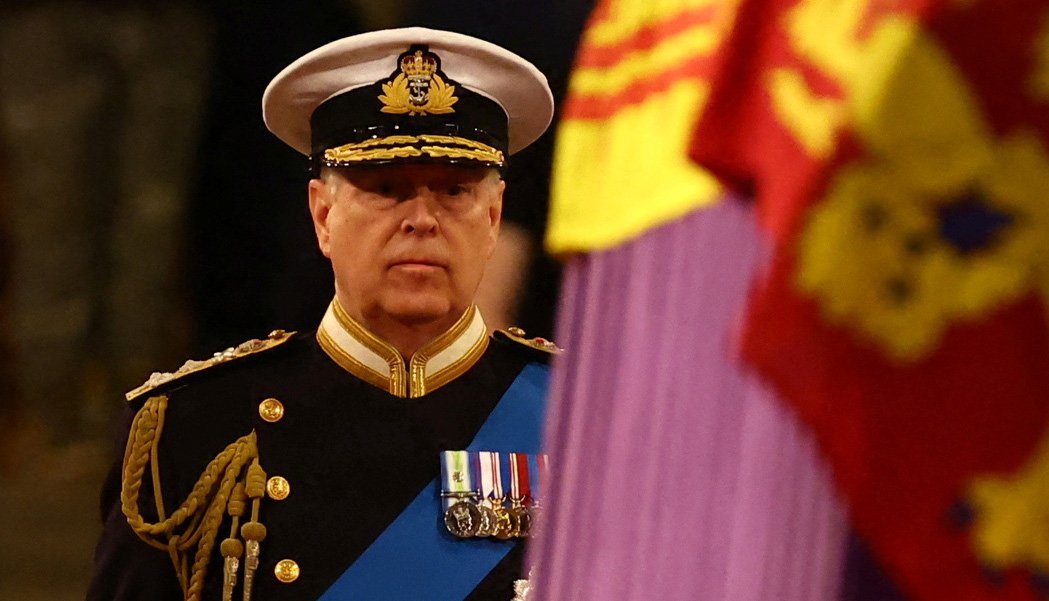 Speculation had surrounded whether the disgraced royal would be in military attire for the event.

The Duke of York had reportedly been granted permission as a ‘special mark of respect’ for his late mother.

King Charles led his siblings in tonight’s Vigil of the Princes ceremony.

Princess Anne, Prince Andrew, and Prince Edward each flanked a corner of their mother’s coffin.

Their heads were bowed throughout as members of the public filed slowly past them.

The Queen’s grandchildren are set to hold a similar vigil tomorrow evening. – with the Duke of Sussex wearing his military uniform.

Harry completed two tours of duty in Afghanistan but had been denied the chance to wear his military uniform as he publicly mourned as he is no longer a working royal.

But the Daily Mirror said Palace officials have had a change of heart, with a source saying ‘common sense has prevailed’.

Harry will reportedly join his brother William and cousins Peter Phillips and Zara Tindall at the vigil.

On Wednesday, Prince Andrew and Prince Harry bowed their heads instead of saluting as the late monarch’s coffin was carried into Westminster Hall on Wednesday.

Earlier in the procession, royal family members had saluted as they made their way past the Cenotaph.

Prince Harry, also not in military uniform, bowed his head while his uncle turned his eyes to the right to look upon the Cenotaph as the procession made its way past.

Couple accused of making false statements over 'shooting of dog'

Can hotels serve alcohol after 10pm?