Prince Andrew’s lawyers have issued a statement saying the Duke of York has offered to assist the US Department of Justice in its investigation into Jeffrey Epstein. The statement was made following a request from the USA’s DOJ that Prince Andrew assists with its probe into deceased sex offender Epstein. According to the Duke’s legal team, he will assist on “on at least three occasions this year.”

The statement from Blackfords lawyers regarding the Duke of York said: “In January 2020, Blackfords LLP and instructed counsel, Clare Montgomery QC and Stephen Ferguson, were commissioned to support HRH The Duke of York in his desire to provide cooperation to the US authorities regarding the victims of the late Jeffrey Epstein, should those authorities request his assistance. The working group is supported by Riverside Advisory on media relations.

“To date, we have chosen not to make any public statement regarding our discussions with the US Department of Justice (DOJ). Our commitment to confidentiality is not only regarded as best practice in the UK but is also intended to respect the DOJ’s commitment to confidentiality, as set out in its own rules as they apply to discussions with potential witnesses.

“However, in view of misleading media briefings, we owe it to our client to issue this clarifying statement.

“As the public record indicates the DOJ has been actively investigating Mr Epstein and other targets for more than 16 years, yet the first time they requested the Duke’s help was on January 2, 2020. 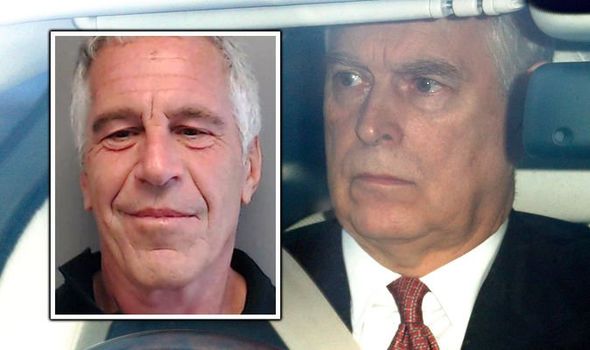 “Importantly, the DOJ advised us that the Duke is not and has never been a ‘target’ of their criminal investigations into Epstein and that they sought his confidential, voluntary cooperation.

“The Duke of York has on at least three occasions this year offered his assistance as a witness to the DOJ. Unfortunately, the DOJ has reacted to the first two offers by breaching their own confidentiality rules and claiming that the Duke has offered zero co-operation. In doing so, they are perhaps seeking publicity rather than accepting the assistance proffered.

“On 27th January 2020, Mr Geoffrey S Berman, the United States Attorney for the Southern District of New York, chose to make a public statement about the Duke. This led to worldwide media reports that there had been “a wall of silence” and that there had

been “zero co-operation” by the Duke. These statements were inaccurate, and they should not have been made.

“On March 9, 2020, Mr Berman made further public statements saying that the Duke had “completely shut the door” on co-operating with the US investigation and that they are now “considering” further options. Again, the first statement was inaccurate and should not have been made.

“It is a matter of regret that the DOJ has seen fit to breach its own rules of confidentiality, not least as they are designed to encourage witness cooperation.

“Far from our client acting above the law, as has been implied by press briefings in the US, he is being treated by a lower standard than might reasonably be expected for any other citizen.

“Further, those same breaches of confidentiality by the DOJ have given the global media – and, therefore, the worldwide audience – an entirely misleading account of our discussions with them.

“Any pursuit of an application for mutual legal assistance would be disappointing, since the Duke of York is not a target of the DOJ investigation and has recently repeated his willingness to provide a witness statement.

“It is hoped that this third offer has not been the cause of the most recent leak about the Duke of York.

“We do not intend to make any further public statement at this time as we wish to respect the rules of confidentiality under both English law and the US guidelines.”