Professor John Hawk, a dermatology expert at London’s King’s College and St Thomas’ Hospital, said: “It is certainly possible to have problems with sweating but an overdose of adrenaline would be more likely to make a person sweat more, not less. “Most cases are inherited, which does not seem to be the case here. Other causes include heat stroke – which seems unlikely in the Falklands, severe dehydration, and certain medications including morphine could also cause it, but these are not likely.

“Maybe there was a supplementary event that happened which he cannot remember. Trauma is not a known cause of this condition.”

Anhidrosis is the inability to sweat normally. When you don’t sweat your body can’t cool itself which can lead to overheating.

Some people aren’t able to sweat because their sweat glands are not functioning properly. This can affect parts of the body.

Dozens of factors can cause the condition including certain diseases and medication. It can be inherited or you can develop it in later life.

It can develop on its own or is a symptom of another condition such as diabetes. However, excess adrenaline has not been linked Anhidrosis. 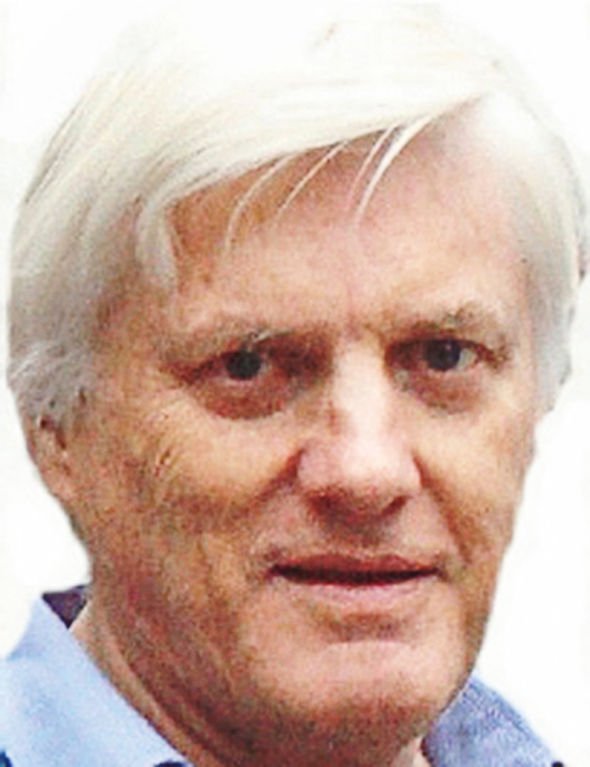 Andrew does not regret friendship

Prince Andrew revealed he had no regrets about being friends with convicted paedophile Jeffrey Epstein because it had “seriously beneficial outcomes”.

The Duke of York, 59, the Queen’s second son, told interviewer Emily Maitlis Epstein had been “useful” to him after he left the Royal Navy and began to carve out a new career promoting British business.

The Prince maintained that despite being on Epstein’s private jet, dubbed the Lolita Express, on his private island, at his New York mansion or in Palm Beach, he never saw Epstein doing anything wrong and regretted that his friend had “conducted himself in a manner unbecoming”.

He added he had thought it was “honourable” to cut the ties in person when he went to stay with Epstein in December 2010, months after his release from jail, when the pair were photographed walking through New York’s Central Park.

Andrew said he spent only a few days at a time with Epstein, but if there had been any indication of child sex abuse, as patron of the NSPCC’s Full Stop campaign, he was “close up with what was going on in those times about getting rid of abuse to children, so I knew what the things were to look for but I never saw them”.

In the BBC interview, Prince Andrew explained he knew Epstein through their mutual friendship with Ghislaine Maxwell from university. She was then Epstein’s girlfriend who introduced them in 1999.

The pair would then go on to meet at least three times a year and he thought of Epstein as a trusted friend.

He said Epstein’s appeal was that he “had the most extraordinary ability to bring extraordinary people together and that’s the bit that I remember as going to the dinner parties where you would meet academics, politicians, people from the United Nations.

“I mean it was a cosmopolitan group of what I would describe as US eminents.” At the time, Andrew was preparing for his new role as the UK’s special representative for international trade and investment. The next year, Epstein was “brought right into the heart of the Royal Family” at Andrew’s invitation when he and Ms Maxwell were invited to Windsor and Sandringham for a shooting weekend.

But Andrew insisted it had not been for Ms Maxwell’s birthday party.

The prince said at the time he never knew Epstein was and had been procuring young girls for sex trafficking. 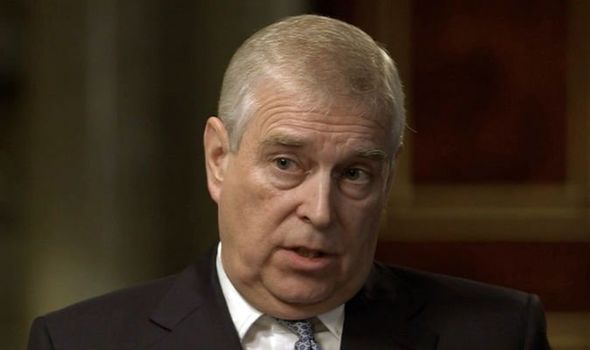 But he admitted that two months after an arrest warrant was issued for Epstein for sexual assault of a minor in May 2006, he invited him to his daughter Princess Beatrice’s 18th birthday at Windsor Castle. Defending himself he said: “Because I was asking Ghislaine. But even so, at the time I don’t think I… certainly I wasn’t aware when the invitation was issued what was going on in the United States and I wasn’t aware until the media picked up on it, because he never said anything about it.”

Andrew added he and Epstein never discussed it and when Epstein was jailed for soliciting and procuring a minor for prostitution in 2008, he broke off all contact.

He said: “I ceased contact with him after I was aware that he was under investigation and that was later in 2006 and I wasn’t in touch with him again until 2010.

“So just it was one of those things that somebody’s going through that sort of thing, well, I’m terribly sorry I can’t be… see you.”

But Andrew said within months of Epstein’s release, he spent several days at his New York mansion in December 2010, because it was a “convenient place to stay”.

He said: “I mean, I’ve gone through this in my mind so many times. At the end of the day, with a benefit of all the hindsight that one can have, it was definitely the wrong thing to do.

“But at the time I felt it was the honourable and right thing to do and I admit fully that my judgment was probably coloured by my tendency to be too honourable but that’s just the way it is.” 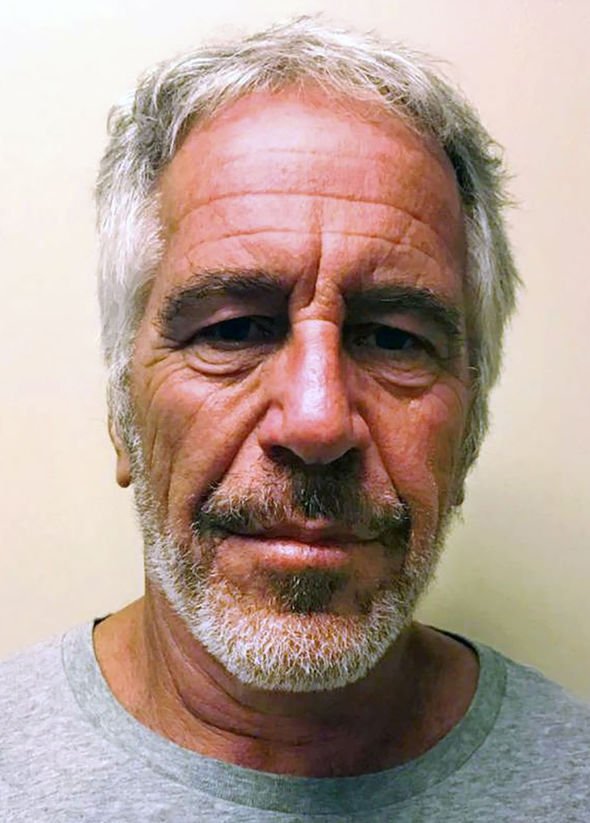 He maintained he “went there with the sole purpose of saying to him that because he had been convicted, it was inappropriate for us to be seen together”. Andrew added: “And I had a number of people counsel me in both directions… and I took the judgment call that because this was serious and I felt that doing it over the telephone was the chicken’s way of doing it, I had to go and see him and talk to him.”

He denied the Queen or Buckingham Palace was involved in the decision to advise him to break up the friendship and it was during the walk in the park that the pair reached a mutual agreement they would part company.

He added Epstein did not go “into any great depth” but he had accepted “a plea bargain, he’d served his time and he was carrying on with his life if you see what I mean, and I said, ‘Yes but I’m afraid to say that that’s as maybe but with all the attendant scrutiny on me, then I don’t think it is a wise thing to do’.” But he implied the photograph that emerged may have been set up and although there was no evidence he was being played, added that if he had been part of Epstein’s public rehabilitation, “it doesn’t equate to what actually happened”.

The prince denied he was guest of honour at a dinner thrown by Epstein to celebrate his release from prison, saying that since that time, there had been no contact.

He said: “In 2010, there certainly wasn’t a party to celebrate his release in December because it was a small dinner party, there were only eight or 10 of us, I think at the dinner. If there was a party then I’d know nothing about that.”

Interviewer Emily Maitlis asked: “You were invited to that dinner as a guest of honour.” Andrew replied: “Well I was there, so there was a dinner, I don’t think it was quite as you might put it but yeah, OK, I was there for… I was there at a dinner, yeah.”

The prince said he was “shocked” by Epstein’s death while on remand, but had no regrets striking up the friendship.

He said: “As far as Mr Epstein was concerned, it was the wrong decision to go and see him in 2010. As far as my association with him was concerned, it had some seriously beneficial outcomes in areas that have nothing and have nothing to do with what I would describe as what we’re talking about today. On balance, could I have avoided ever meeting him? Probably not and that’s because of my friendship with Ghislaine, it was… inevitable that we would have come across each other. Do I regret the fact that he has quite obviously conducted himself in a manner unbecoming? Yes.”

“I don’t think there was anything wrong then, the problem was the fact that once he had been convicted…” Andrew said he met up with Ms Maxwell, the British socialite alleged to have been a “procurer and groomer” of underage girls for Epstein, as recently as this year.

He said his last contact with Ms Maxwell was “earlier this year, funnily enough in the summer… in the spring, summer”.

When asked if that was after Epstein had been arrested on sex trafficking charges, Andrew replied by repeating the word ‘no’ seven times.

He added: “This was… early spring, I think. It was long because… when was he arrested?” Ms Maitlis says “July”, and he responds: “No, it was before July.”

Asked if they talked about Epstein, Andrew replied: “No, actually, funnily enough no, not at all, there wasn’t anything to discuss about him because he wasn’t in the news, you know, it was just… we had moved on.” Ms Maxwell, 57, the youngest child of late publishing tycoon and fraudster Robert Maxwell, became close to Epstein after leaving the UK to live in America after her father’s death in 1991. She has not been seen since Epstein’s jail cell death in August. A photo purporting to be her at an outdoor cafe in Los Angeles later turned out to have been a manipulated image. A charitable organisation she ran, the TerraMar Project, announced its closure after she fled.