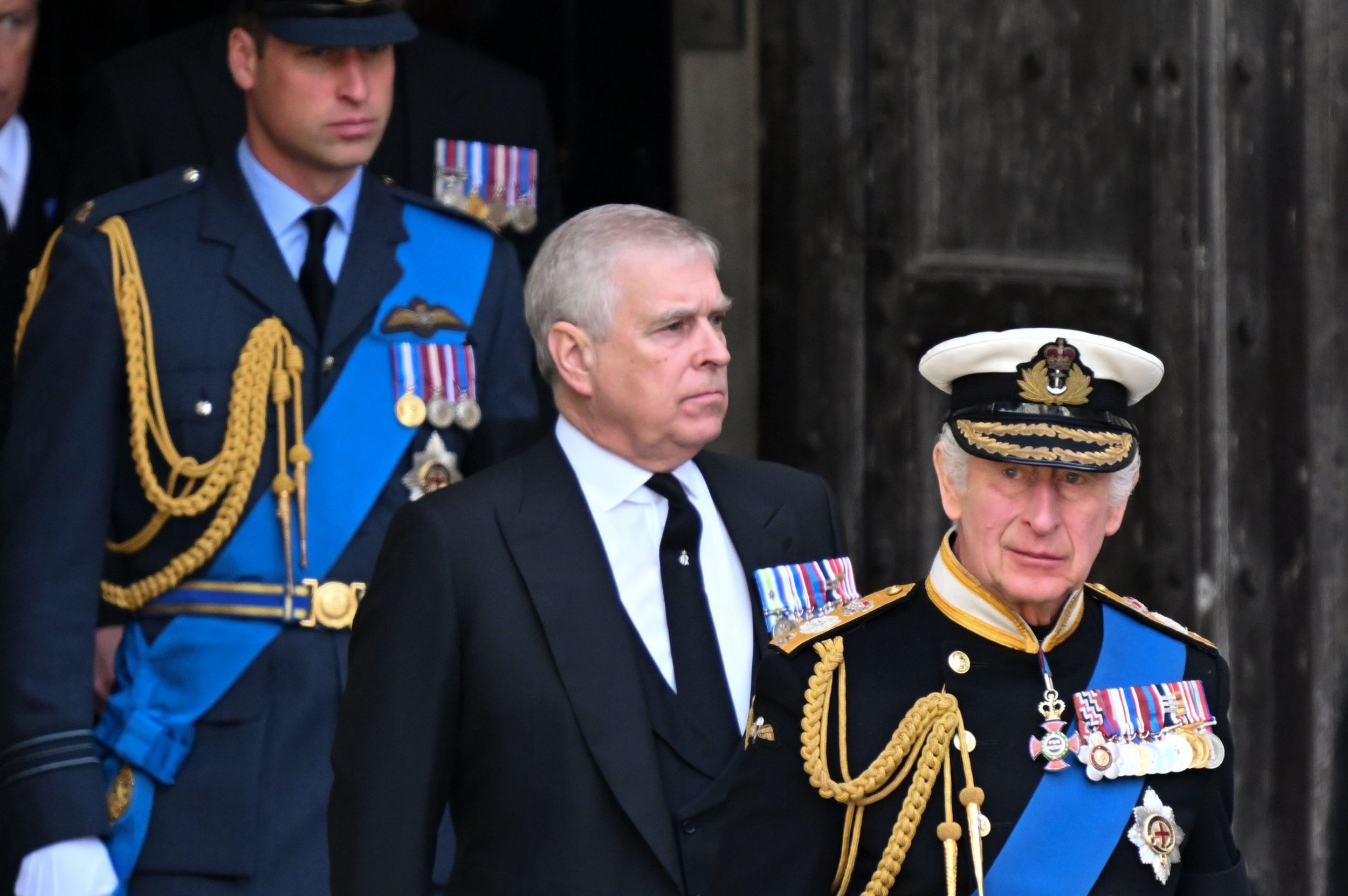 The Duke of York is said to have plotted with Princess Diana and ex-wife Sarah Ferguson to push his older brother aside.

Under his purported plan, William would take the throne – with Andrew as Regent if the Queen died before the teenage prince turned 18.

In a new biography of Queen Consort Camilla, serialised in The Telegraph, royal expert Angela Levin quotes a ‘senior insider’ at Buckingham Palace who claims the disgraced duke – second in the line of succession until his nephew’s birth – wanted to ‘rule the country in some way’.

The ‘insider’ is said to have told her: ‘When Diana was alive, through her friendship with Andrew’s wife Sarah, [Duchess of York] she plotted with Andrew to try to push Prince Charles aside so Prince Andrew could become Regent to Prince William, who was then a teenager.’

They went on: ‘Andrew lobbied very hard with the hope that Charles would not become king when his mother died, and that William would wear the crown.

‘His behaviour was very, very negative and extremely unpleasant to Queen [Elizabeth], who disagreed. I was told it was one of the rare occasions he didn’t get his way.

‘Nonetheless, he was apparently very angry that he couldn’t rule the country in some way.’

Ms Levin writes that Andrew ‘did not want Camilla around’ back then and quotes the ‘insider’ as saying he ‘tried to persuade the Queen to block Charles from marrying Camilla by being quite poisonous, mean, unhelpful and very nasty about’ her.

There was no comment from the Duke of York’s representatives. Metro.co.uk has also contacted Buckingham Palace.

Andrew stepped down from public life after the furore over his friendship with paedophile billionaire Jeffrey Epstein.

He went on to pay millions to settle a civil sexual assault case to a woman he claimed never to have met.

In January, ahead of his legal settlement, the Queen stripped him of all of his honorary military roles, including Colonel of the Grenadier Guards, and he gave up his HRH style.

He appeared in civilian dress at Her Majesty’s state funeral and most other ceremonial events but was allowed to wear his military uniform at the Queen’s vigil as a ‘special mark of respect’.