The Queen and Prince Philip’s third youngest child was said to have spent an hour with his father today after he left hospital yesterday. The 99-year-old spent 28 nights as an in-patient, which was his longest ever stay. He was initially receiving care for an infection then underwent heart surgery for a pre-existing condition.

Primce Charles is thought to have been the only royal to visit him in hospital.

He said about his father as he was leaving hospital “It’s very good news, I’m thrilled about it”, during a visit to a pop-up Covid vaccination clinic at a London mosque with the Duchess of Cornwall.

When asked if he had spoken to Philip yet, he replied: “Oh yes, I have spoken to him several times.”

Buckingham Palace said in a statement: “The Duke of Edinburgh has today been discharged from King Edward VII’s Hospital and has returned to Windsor Castle, following treatment for an infection and a successful procedure for a pre-existing condition. 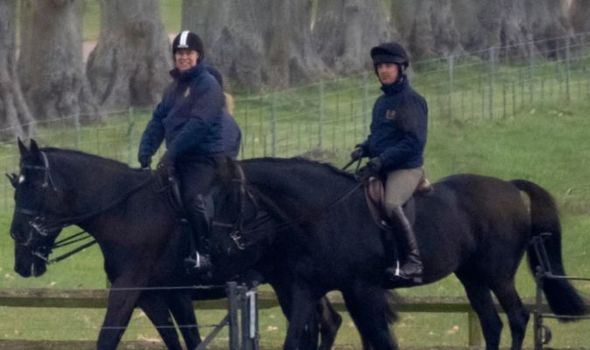 “His Royal Highness wishes to thank all the medical staff who looked after him at both King Edward VII’s Hospital and St Bartholomew’s Hospital, and everyone who has sent their good wishes.”