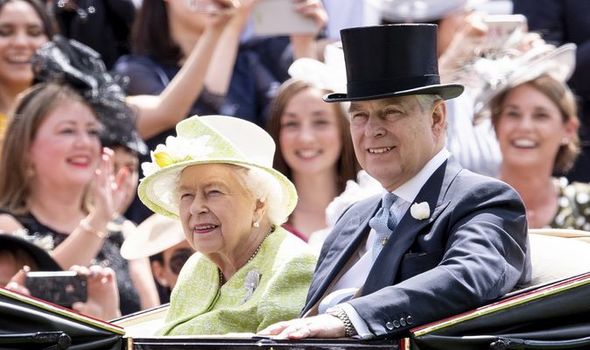 A US judge has ruled that the Duke of York needs to make himself available for questioning by July 14. The civil lawsuit brought by Virginia Giuffre will likely keep Andrew tied up for much of the Queen’s Platinum Jubilee year. The Queen, who is bankrolling Andrew’s legal defence, is yet to confirm whether her second son will be asked to take part in the official celebrations of her 70 years on the throne.

US District Judge Lewis Kaplan set the time limit for questions under oath in a series of deadlines to complete depositions in a scheduling order agreed to by lawyers for Andrew and Ms Giuffre, 38.

Formerly known asVirginia Roberts, she is suing Andrew, 61, after claiming she was trafficked to London by the financier Jeffrey Epstein and forced to have sex with the Duke when she was 17.

Andrew has categorically denied her allegations or any wrongdoing and insists he has no recollection of ever meeting her.The

Duke, who stepped away from all official duties and patronages for the foreseeable future after a disastrous BBC Newsnight interview he gave in response to the scandal, has not been charged with any criminal offences.

He has yet to be interviewed by FBI investigators examining allegations that Epstein, who killed himself in prison in August 2019, involved a ring of wealthy friends in systematic abuse of underage women.

The Duke’s legal team is expected to review a 2009 settlement agreement between Ms Giuffre and Epstein to see if that prevents her taking legal action against Andrew and other associates of the late billionaire.

Andrew has until Friday to formally respond to her lawsuit.

‘Everyone was runnning!’ Gateshead pub’s display goes awry as firework shots into crowd

Back to school: Everything parents need to know – new term Covid rules for pupils