Prince Harry, 36, and Prince Andrew, 61, are expected to be among the 30 guests to attend Prince Philip’s pared-back funeral on Saturday. According to reports, the Palace is currently faced with a dilemma over what the royal men should wear. Harry stepped back from royal duties last year and has since had to relinquish his honorary military titles meaning he is no longer entitled to wear ceremonial uniform at official events.

Earlier this year, the Queen confirmed Harry and Meghan would not return to their roles as senior royals and that they would give up a number of royal patronages and posts, cementing their status as private citizens.

This meant Harry, who is extremely proud of his military past, had to give up a number of honorary military positions including the Captain-General of the Royal Marines role passed down to him by Prince Philip in 2017.

As Harry has had to relinquish the posts of Captain-General of the Royal Marines, Honorary Air Commandant, RAF Honington and Commodore-in-Chief, Small Ships and Diving, Royal Naval Command, he is expected to wear a suit and not uniform at the Duke of Edinburgh’s funeral.

Prince Andrew, on the other hand, stepped back from royal duties indefinitely in 2019 following an ill-received interview about his friendship with deceased billionaire paedophile Jeffrey Epstein. 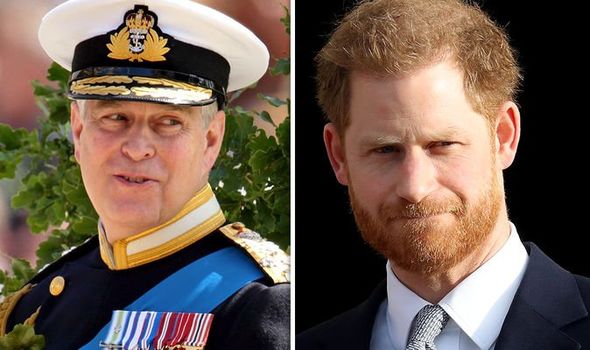 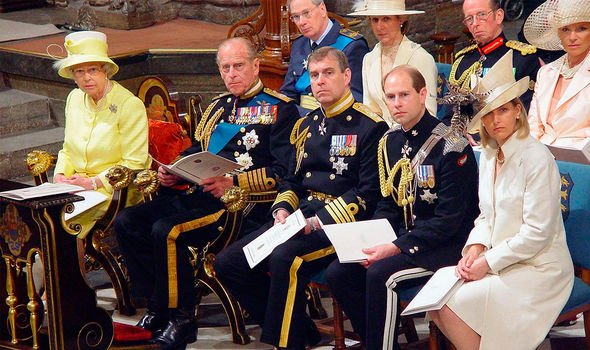 While Andrew’s withdrawal from public life meant he did not receive the promotion to Admiral he was due to get on his 60th birthday, it is understood he has told the Palace he wishes to attend Philip’s funeral as an Admiral, in the corresponding uniform.

At the time of his 60th birthday last year, it was decided his promotion to Admiral would be deferred until his name was cleared and he was able to return to official duties.

If the Palace allows Andrew to wear Admiral attire on Saturday then Prince Harry is likely to be the only senior male role at the event not in uniform.

While Buckingham Palace declined to comment directly on the matter a spokesman told the Mail Online: “Funeral arrangements are being finalised and we will announce them accordingly.” 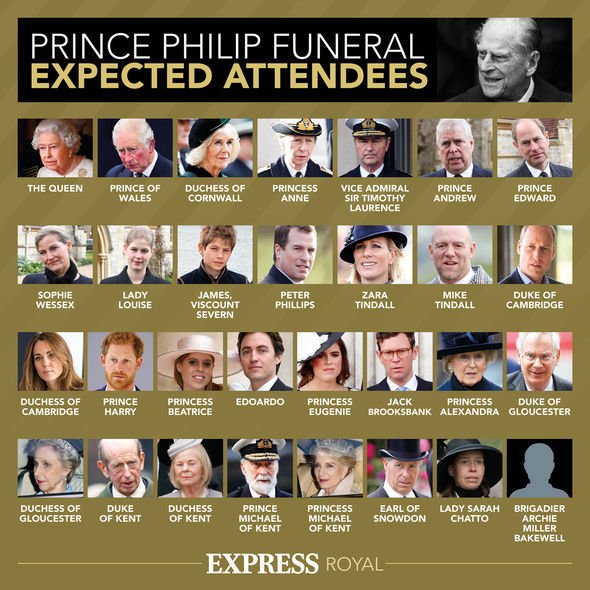 Social media users hit out at Prince Andrew’s request, with one saying: “Personally I couldn’t give a s*** if Prince Andrew wears his military uniform as long as he also submits to questioning by the FBI.”

Another posted: “No absolutely not, Prince Andrew should first of all give an interview to US authorities & had he spoken to them straight away when asked he may have been back supporting the Queen now, he’s so arrogant. Prince Andrew thinks he knows best as Harry & Megan think they know best too..”

One wrote: “He never learns does he , always about me me me. He’s not an Admiral he’s a vice admiral and in any event with all the controversy around him , I think he should go in a suit.”

A fourth tweeted: “Has Prince Andrew cleared his name over the Epstein Scandal? He stepped down from all ‘Royal Duties’ and still not been interviewed by the FBI. He is demanding to be allowed to wear the uniform of an Admiral at Prince Philip’s funeral. Class or Crass?”

While another said: “Prince Andrew is no longer a working royal so should not be donning military attire just to stroke his ego.”

Prince Philip was a no-nonsense man who wanted to have a private funeral as opposed to a state event.

However, the coronavirus pandemic means the Duke’s funeral will be more low-key than even he may have expected with just 30 guests allowed to attend.

While the Queen and Philip’s four children and eight grandchildren are expected to attend the service at St George’s Chapel in Windsor on Saturday, the cap on numbers means none of their 10 great-grandchildren are likely to be there. 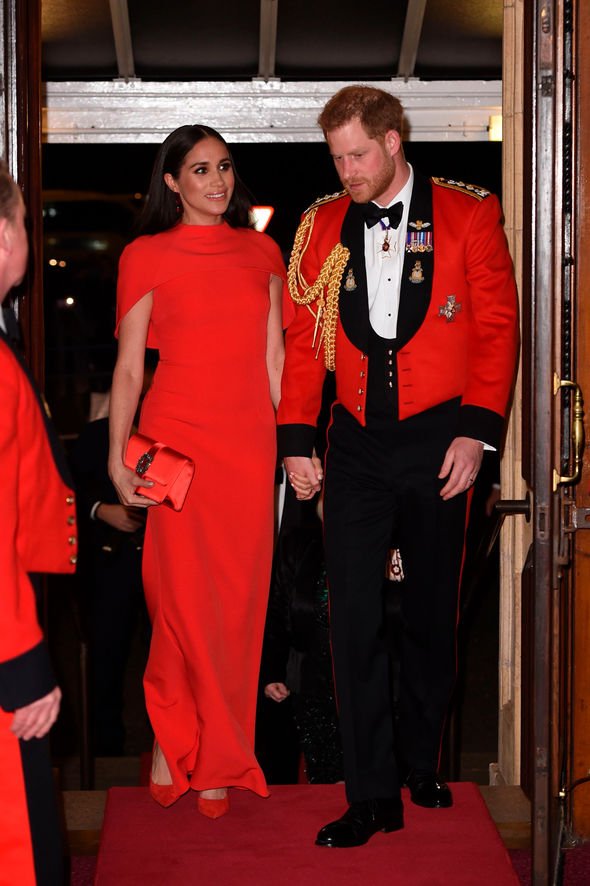 On the day of the funeral, Philip’s coffin will be transported from the quadrangle at Windsor Castle to the church in a modified Land Rover the Duke helped design.

Senior royals including Prince Charles and William are expected to walk behind the car which will be accompanied by a small military parade as it makes its way to the chapel.

The Royal Family, including the Queen, are all expected to wear facemasks during the service in keeping with current COVID-19 restrictions.

Prince Philip will be laid to rest in a lead-lined coffin made of British oak.

COVID-19 roadmap: How govt is planning to make the virus manageable in the years to come