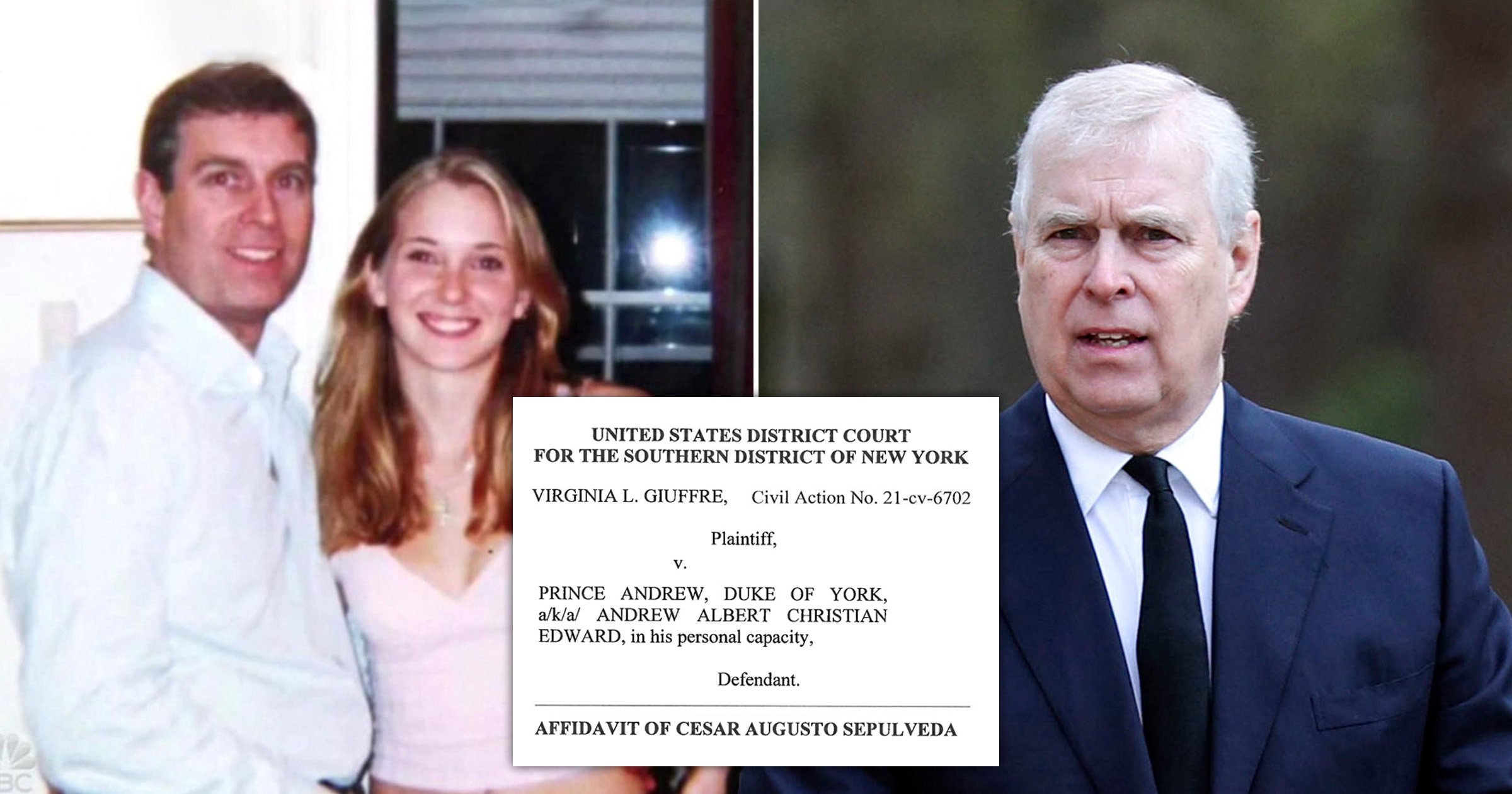 Prince Andrew’s lawyers claim papers in the lawsuit against him were not properly served, according to reports.

The duke’s legal team hope to get the case against him thrown out and may boycott the first hearing on Monday, according to the Daily Mail.

It is after things took a dramatic twist on Friday night, when new documents filed in New York revealed representatives of the complainant, Virginia Giuffre (previously Roberts) claimed they had finally served Andrew with the lawsuit by leaving papers with his security staff.

A representative handed the papers to police officers at the gates of Andrew’s Windsor home ‘in a plastic sleeve and then in an A4 envelope’ after being turned away a day previously.

It had been thought the papers needed to be served in-person but Andrew has spent much of the summer with the Queen in Balmoral.

The latest document said Ms Guiffre’s lawyers believe their actions are ‘consistent with the provisions for service upon an individual defendant, under Section 6 of the Civil Procedure Rules, as required by the Supreme Court of Judicature in England & Wales.’

However it’s understood the duke’s legal team rejects this, and have begun a fightback to get the whole lawsuit dropped entirely.

Ms Giuffre is suing the Queen’s son for allegedly sexually assaulting her when she was a teenager.

She claims she was trafficked by Andrew’s former friend and convicted sex offender Jeffrey Epstein to have sex with the duke, when she was aged 17 and a minor under US law.

Andrew has not publicly responded to the latest claims but has always vehemently denied all the allegations previously.

Ms Giuffre reached a confidential settlement in Florida in 2009 with Epstein and it is this which may hamper her latest lawsuit, the Daily Mail reported.

The agreement may contain clauses which prevent her from taking action against individuals she has accused of being co-conspirators of the financier.

It is understood Ms Giuffre’s lawyers intend to contest the claim and say there is no evidence Andrew was covered by the settlement.

The future of the suit may now rest in whether the sealed documents can be accessed from US courts.

An initial hearing is set to stat at 9pm UK time on Monday via a conference call with Manhattan judge Lewis Kaplan.

He will have to decide whether Andrew has been officially served. If he does, the prince will be given a deadline to respond – which could be as little as 21 days.