Charles and Harry’s relationship has been under the spotlight ever since the Sussexes’ bombshell interview with Oprah Winfrey last month. Harry specifically put his father in the firing line when he claimed Charles “stopped taking my calls” in the run-up to their royal exit announcement. The Duke of Sussex alleged that his father was “trapped” in the system of monarchy, and that “there’s a lot to work through” in their relationship now — even though Charles was now taking his calls.

Harry added: “I will always love him, but there’s a lot of hurt that’s happened. And I will continue to make it one of my priorities to try and heal that relationship.”

Yet, sources claim the Prince of Wales was stunned that his youngest son returned to California before they had a chance to clear the air.

An insider told New Idea: “Charles can scarcely believe Prince Harry rushed back to Los Angeles so quickly after the funeral, especially with things still left unsaid between them over their family feud.”

Harry arrived in the UK six days before his grandfather’s funeral and spent that whole time in quarantine at Frogmore Cottage, in line with Government guidelines.

He then left three days after the funeral — the day before the Queen’s 95th birthday — to return to his heavily pregnant wife Meghan Markle and 23-month-old son Archie in California. 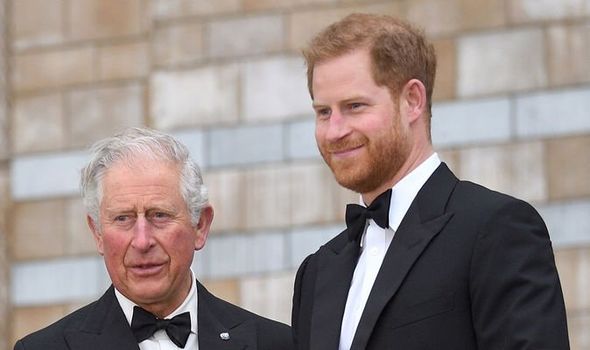 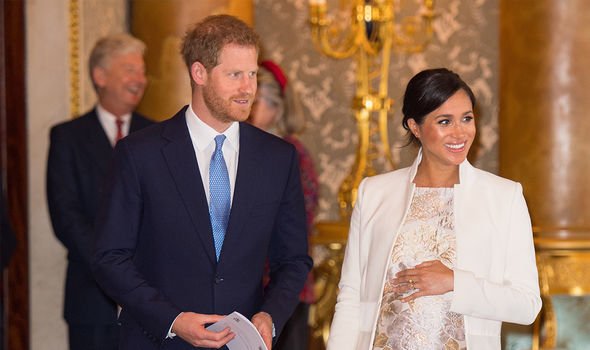 The Mirror’s royal editor Russell Myers claimed that Harry decided not to have a private conversation with his father during his nine-day stay in the UK.

Speaking to talkRADIO, he said: “While he [Harry] was over here, he didn’t have a chance to have a face-to-face with his father Charles.

“Apparently Charles did want to make time to see him.

Yet, some reports then alleged Charles and Prince William had a two-hour talk back at Windsor Castle with Harry, straight after Philip’s funeral service. 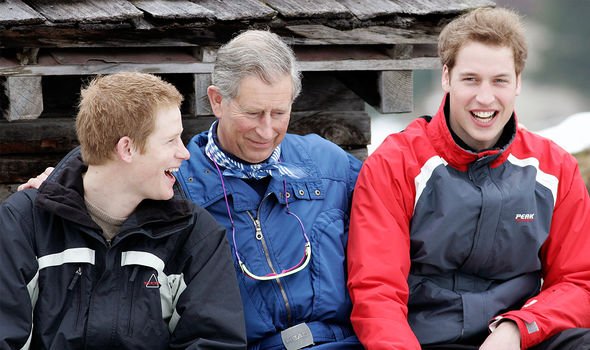 The two direct heirs reportedly decided to speak to the rebellious royal together so that their words could not be misconstrued, although the success of this crisis meeting remains unclear.

Mr Myers also said there are many behind Palace walls who want the feud between the Sussexes and the rest of the Royal Family to be resolved — but there was not a chance before Harry returned to his California home.

While Harry’s current relationship with Charles remains unclear, much was made of Harry’s brief chat with Kate, Duchess of Cambridge, and William upon leaving Philip’s funeral service.

It was perceived as the beginning of the end of their brotherly rift, with many royal watchers praising Kate as the “peacemaker” for bringing the siblings together again. 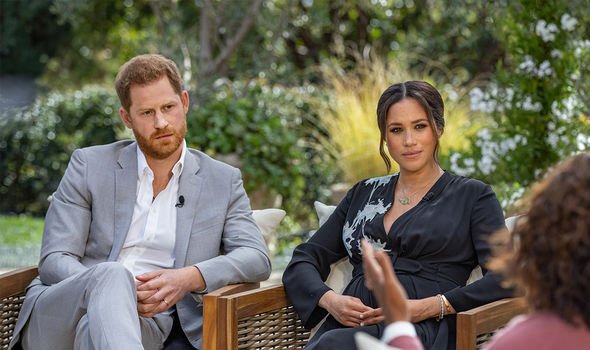 But the Prince of Wales is also said to be struggling to cope with his grief after his father’s death — and reportedly feels “dumped” by his entire family.

Speaking to New Idea, a source said: “The Queen has lost her husband and is yearning to head to Sandringham, which was Philip’s favourite of the royal residences, and she’s happy to leave her children to grieve [for] their father as they see fit.”

They continued: “Charles can’t help but feel like he’s been dumped by his entire family in his hour of need.

“Everyone’s hoping a few days in Welsh solitude will help him sort out his thoughts.”

Charles went alone to his converted farmhouse in the Brecon Beacons, while his wife Camilla, Duchess of Cornwall, remained in London.

A source told the MailOnline: “He is acutely aware that this is a hugely significant moment in his life and he feels like he has the weight of the world on his shoulders. 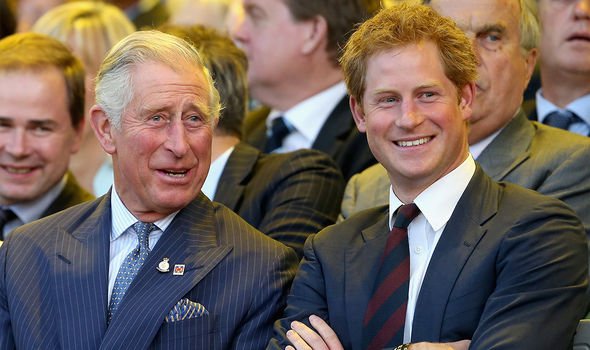 “All his life he has been heir to the throne, but Prince Philip was the patriarch of the family.

“Overnight that’s changed, and it’s impacted him both professionally and personally.

“He needs time to think and contemplate the future of the Royal Family after what was a very difficult week.”

In comparison, William has reportedly “thrown himself back into his work”, now that the official mourning period is over.

The source explained: “William is very sad, of course, but he’s determined to look forward, not backward.”

He and Kate are also celebrating their tenth wedding anniversary today, although celebrations will be toned down in line with Covid restrictions.