The extraordinary suggestion by political journalist and author Alexander von Schönburg comes as Charles and Camilla prepare to fly to Berlin to attend Germany’s Central Remembrance Ceremony on Sunday. Royal Family members have carried out a string of European visits since the 2016 EU referendum and this latest trip is likely to be viewed as part of the monarchy’s “soft diplomacy” to renew and strengthen friendships with countries on the continent.

Because of Biden’s election, Great Britain is in a very bad situation

Appearing on a German talkshow, Mr Schönburg declared: “This is a highly political visit.”

He said: “Because of Biden’s election, Great Britain is in a very bad situation.

“Trump was a Brexit advocate and a friend of Boris Johnson, Biden is Irish at heart and extremely critical of Brexit.

“Which means Great Britain’s negotiation position is very bad, you know, now in the final phase of Brexit.” 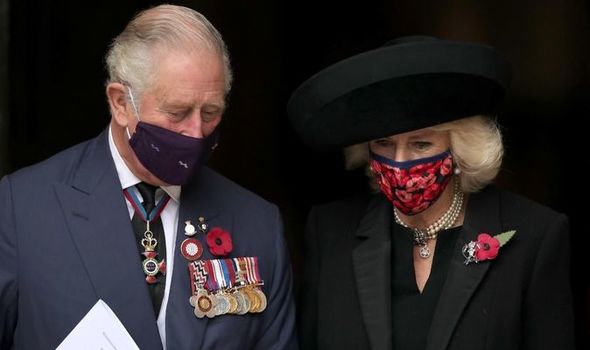 He continued: “What does the Foreign Office come up with? ‘We have to deploy our secret weapon and send royals to Berlin to put Merkel in a good mood.’

“Because they are expecting, and for good reason, that Germany is an important voice within the EU.

“And if Berlin shows a bit of sympathy with the Brits during this last phase of the EU negotiations and says ‘let’s not be so strict regarding the fishing rights and lets accommodate them regarding Ireland,’ then this could be a breakthrough. 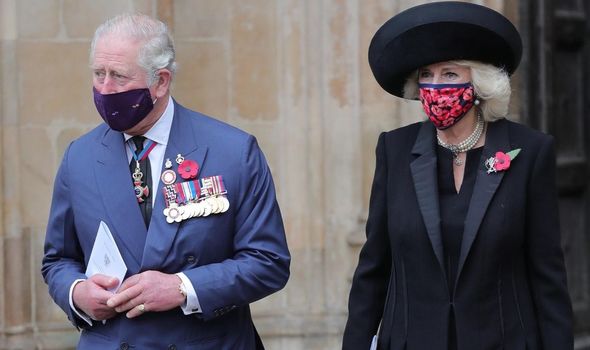 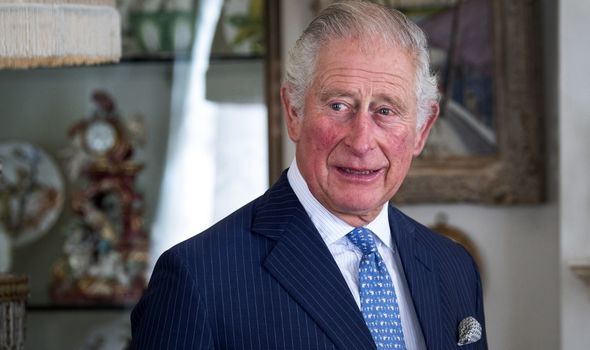 Charles and Camilla’s trip to Germany will be their first joint official overseas engagement since the start of the coronavirus pandemic.

Germany has recently been added to the UK’s quarantine list, with people travelling to the UK from the country now having to quarantine for two weeks.

The royal couple will not have to isolate for 14 days as certain diplomatic groups are covered by travel exemptions.

But like the rest of their party they will take a COVID-19 test 48 hours before leaving the UK.

Clarence House said in a statement: “At the request of The British Government, Their Royal Highnesses the Prince of Wales and The Duchess of Cornwall will attend the Central Remembrance Ceremony in Berlin to commemorate the annual National Day of Mourning on Sunday 15th November.

“This follows an invitation from the President of Germany, Frank-Walter Steinmeier.

“Their Royal Highnesses will also attend the wreath-laying ceremony at the Neue Wache Memorial, before joining the Central Remembrance Ceremony at the German parliament, where the Prince of Wales will deliver a speech.

“The National Day of Mourning will this year focus on the German-British friendship, which has grown in the 75 years since the end of the Second World War.

“The event pays tribute to the Allied commitment to the liberation from Nazi occupation and to the reconstruction, re-democratisation and subsequent reunification of Germany. “It remembers all victims of war and tyranny.” 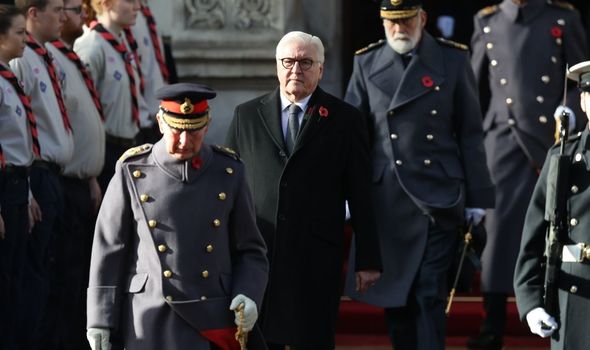 Charles’ presence at the Central Remembrance Ceremony will be the first time a member of the royal family has taken part in the event.

In a highly symbolic gesture President Steinmeier laid a wreath at the Cenotaph in London in 2018 on behalf of his nation, in an historic act of reconciliation – the first time a German leader had left a floral tribute at the memorial.