Prince Charles is the oldest King-in-waiting in British history at the age of 71. His mother took to the throne when he was just four, meaning he has spent 67 years as heir. While he will eventually take her place, he may not agree to the same oath as the Queen.

When they take to the throne via coronation, a new monarch must take the coronation oath.

The oath will see them agree to maintain law and justice, and the Church of England amongst other promisers.

The Government sets the wording of the oath but can change it at the request of the monarch.

According to University College London’s Constitution Unit, this act has precedence. 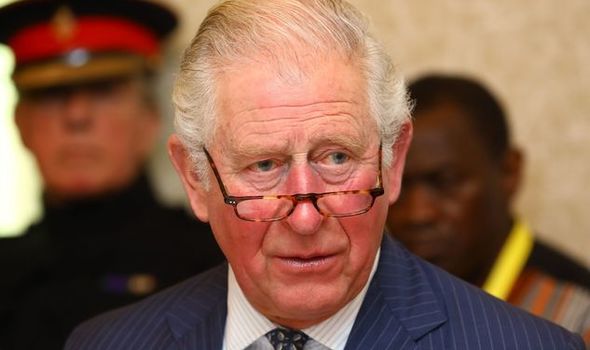 The last time this happened was more than 100 years ago, but if Prince Charles finds a part of the oath he dislikes, he may want to change it.

The Constitution Unit said: “As the oath-taker, he is entitled to have views, and to say if he finds any of the oaths objectionable.

“The last time a monarch did that was in 1910, when King George V objected to the strong anti-Catholic wording of the (then) Accession declaration oath.

“Asquith’s government agreed, and the wording was changed in the Accession Declaration Act 1910.”

The Queen regarded her 1953 oath as a sacred duty, but other monarchs don’t need to follow her lead.

While it seems a vital part of a monarch’s rule, it is not a requirement.

Kings or Queens in waiting take their predecessors role on after their death or abdication.

The agreed path of the crown means it cannot skip a generation, as some people have suggested may happen with Prince Charles.

But it wouldn’t mean the Prince of Wales had to hold on to the crown, rather he could choose to abdicate.

The Constitution Unit added the Prince could choose to do so but concluded he would likely not.

However, they added he could give up his position if he takes to the throne as an “increasingly elderly monarch”.

They said: “Having waited over 60 years as heir apparent, it would be perfectly natural for Prince Charles to want to assume the throne and perform the royal duties for which he has spent so long preparing in waiting.”

“But it would be equally natural if, after reigning for a few years as an increasingly elderly monarch, he chose to invite Parliament to hand on the throne to Prince William.”

Queen Elizabeth II famously said she would never abdicate, so the chances of the 71-year-old taking the crown before she dies are near none.

She famously took the decision following the abdication of her uncle, Edward VIII.

He put her father on the throne after a period of upset and lived the rest of his life with American divorcee Wallis Simpson.

GCSE results day 2020 England: When are GSCE results out?