Charles’ candid comments about life under lockdown show the heir to the throne is living through an experience shared by many in the country. The prince has been staying at his Scottish home of Birkhall with the Duchess of Cornwall for many weeks, but revealed he has been keeping in touch with the outside world via video calls.

Interviewed via videocall by Sky News’ royal correspondent Rhiannon Mills, for the After The Pandemic series, Charles was asked about being apart from his family. He said: “Well it’s terribly sad, let alone one’s friends. But fortunately, at least you can speak to them on telephones and occasionally do this sort of thing. But it isn’t the same, is it? You really want to give people a hug.”

Charles released a photograph of himself hugging grandson Prince Louis to mark the young royal’s second birthday on April 23, a month into the lockdown.

The heir to the throne also said: “Well I haven’t seen my father for a long time. He’s going to be 99 next week or my grandchildren or anything. 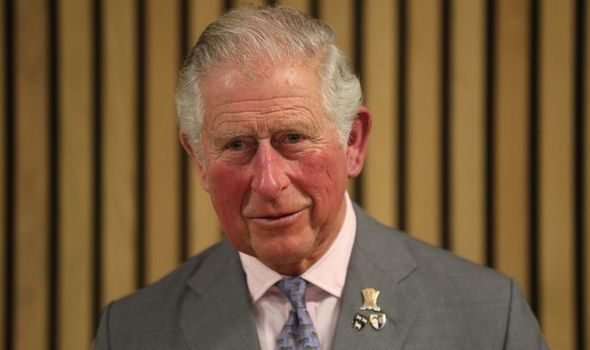 “I’ve been doing the Facetime, is all very well but….”

Philip has been staying at Windsor Castle with the Queen for the majority of lockdown and is likely to be shielding with a small group of household staff.

The duke retired from public duties three years ago and is also thought to have spent time at the Queen’s private estate of Sandringham, Norfolk.

During the interview, broadcast last night, the prince said contracting coronavirus made him more determined to “push and shout and prod” as he called for nature to return to the “centre of everything we do”.