The Prince of Wales tried to see the funny side and said: “We don’t want to get in your way.” Charles and the Duchess of Cornwall were on a pre-arranged visit to the Cabinet Office where they met senior civil servants and their staff and praised their efforts over the past few years with the extra work Brexit had brought.

Nearby in Downing Street the Prime Minister’s reshuffle was well underway with the shock news filtering through of the resignation of Sajid Javid from his Chancellor post.

Speaking to staff at the end of the visit, Charles said: “Both my wife and I – we did wonder whether it was quite the most sensible day to come.

“We did say ‘please, we don’t want to get in your way’ but we were told it was all right.” 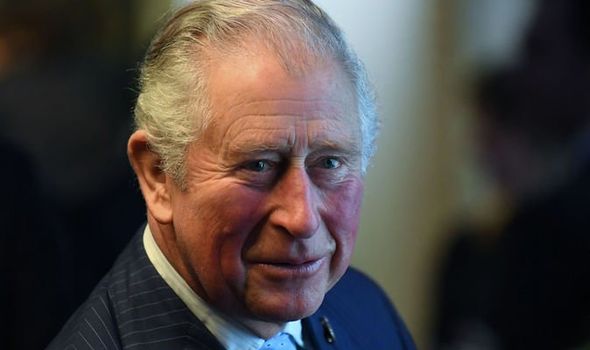 He continued: “I just want to say for me it is fascinating always to see what is happening in the heart of government in the Cabinet Office.

“When I was much, much younger I remember spending a certain amount of time going round various departments.

“I was even able to spend the whole day at Number 10 with the then Prime Minister Mr James Callaghan, which was fascinating, you can imagine, at that stage in life.” 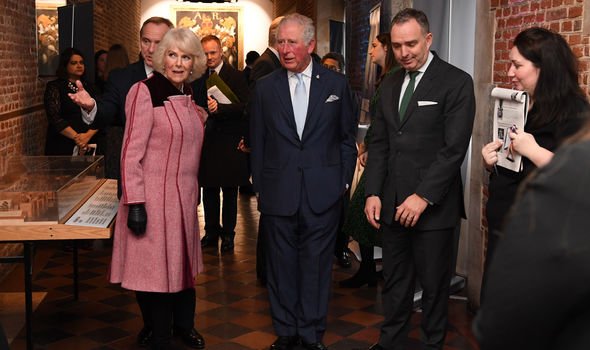 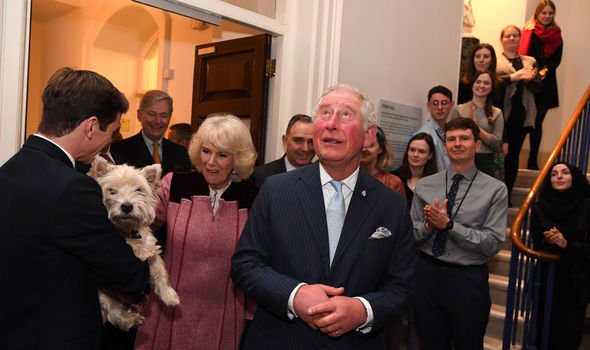 He went on to say he had great “respect and value” for the civil service, and told the Whitehall workers: “I do realise just what an immensely important role you all play.

“It’s easy to say that but I do know that it’s so dependent on all of you working in teams and then as one great big team.”

In what appeared to be a comment about Brexit, Charles added: “I do congratulate you, particularly when I know how much work extra work you had to do in the last two years.

“With little sleep probably and not seeing much of your families, so I hope now things are slightly less stressful.”

In a lighter moment during the visit Camilla became smitten with Monty, a West Highland terrier, who works in national security communications at the Cabinet Office.

The Duchess is a well-known dog lover and tickled the dog behind its ears as it was held by Darragh McElroy, head of national security communications.

He said: “The Duchess said ‘does he come here every day?’ and I said yes, he works in national security looking after us all, keeps us all calm – he’s a good therapy dog.”

M25 closed after crane flips over and smashes through central reservation