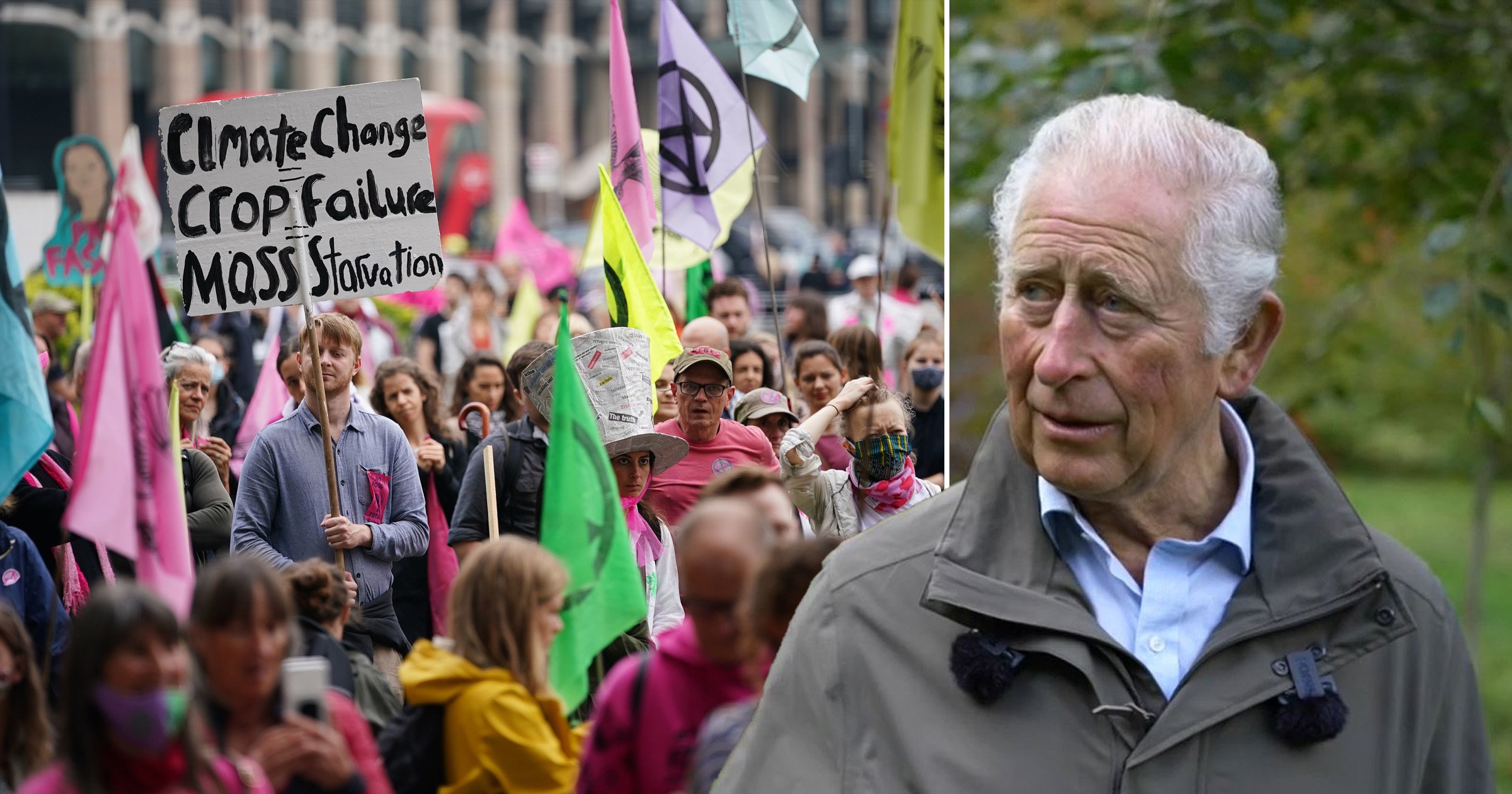 Prince Charles has expressed his sympathy for eco protesters like Extinction Rebellion (XR) – but urged them to take a less disruptive approach.

The Prince of Wales, himself a long-time environmental campaigner, said he understood activists’ frustration but warned that their actions could alienate people.

Charles said he had converted his Aston Martin, which he has owned for five decades, to run on ‘surplus English white wine and whey from the cheese process’, as part of personal efforts to reduce his own impact on the climate.

But the future King urged world leaders gathering at the looming Cop26 summit in Glasgow to take ambitious action on the climate crisis rather than ‘just talk’ – and take notice of young people’s despair over the issue.

In an interview with the BBC, he added: ‘I totally understand the frustration

‘But it isn’t helpful, I don’t think, to do it in a way that alienates people… The difficulty is, how do you direct that frustration in a way that is more constructive rather than destructive?’

He continued: ‘The point is, people should really notice how despairing so many young are.’

Charles said it had taken ‘far too long’ for the world to take the issue seriously and expressed his concerns about the climate summit being hosted by Britain from October 31 to November 12.

‘The problem is to get action on the ground,’ he said.

Charles is due to attend a series of events at Cop26, alongside the Queen, the Duchess of Cornwall, and the Duke and Duchess of Cambridge.

But he warned of a disastrous outcome if negotiators fail to ratchet up efforts to combat the climate crisis at the conference.

‘The risks now are so great if you don’t make the right move,’ he explained.

‘It’ll be catastrophic. It is already beginning to be catastrophic, because nothing in nature can survive the stress that is created by these extremes of weather.’

Asked if the UK Government, as the host of Cop26, was doing enough to fight climate change, he replied: ‘I couldn’t possibly comment.’

The 12-day summit aims to secure more ambitious commitments to limit global heating but experts fear any agreement will not be far reaching enough.

In the interview, which took place in Prince George’s Wood – an arboretum Charles has planted for his grandson in the gardens of Birkhall, his house on the Balmoral estate in Aberdeen – he also discussed his own efforts to reduce his carbon footprint.

He said he had converted his car to run on a fuel blend made up of 85% bioethanol and 15% unleaded petrol.

Charles added: ‘I haven’t eaten meat and fish on two days a week and I don’t eat dairy products on one day a week.

‘If more did that, you would reduce a lot of the pressure.’

Charles also explained that he has tried to heat the royal residences as sustainably as possible, using biomass boiler systems at Birkhall and installing solar panels on various other Royal-owned buildings.