Prince Charles and Camilla visit Notting Hill ahead of Carnival

The Civitas think tank wants the Royal Family to “scrap woke tours” and instead focus on securing jobs-generating investment. 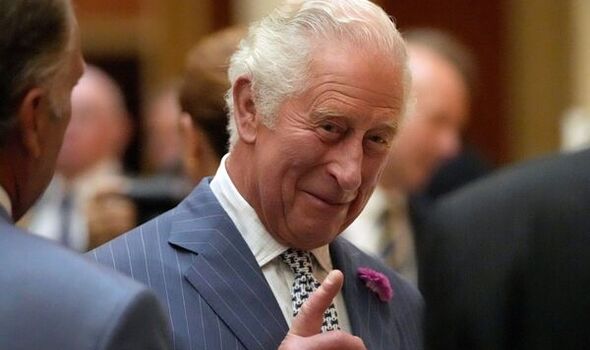 It urges the Government to make more use of the Royal Family, arguing this is “something almost no other country can do.”

Civitas wants Prince Charles and senior royals to be “tasked with securing major investment into Britain, leading trade missions like no one else can and using royal palaces for investment summits.”

Frank Young, editorial director of Civitas, said: “This report shows that Britain is falling behind the competition in winning business deals for Britain. We need to use our Royals to bring jobs and cash to Britain and scrap woke Royal tours.

“Charles needs to be the “Brexit King” and lead the charge in winning mega deals from global investors in the way only British Royals can. We need to turn Buck House into a place where big deals are signed bringing the bacon home for Britain.”

The think tank suggests that when the Prince of Wales comes to the throne he should establish an exclusive “King’s Council” of export leaders.

The recommendations are made against a backdrop of concern that the UK is missing opportunities to generate new trade. A key call is for “big chunks” of the Department for International Trade to be privatised with responsibilities handed to British chief executives.

It also pushes for the Government to appoint “pro-Brexit trade champions” in the House of Lords to act as trade envoys.

Civitas has calculated that over 10 years Government-backed trade missions helped bring in £56billion – the equivalent of £15million a day. But Jim McConalogue, the author of the report, fears the UK is falling behind France and Germany in efforts to win business.

He said: “This research shows that the leaders of other big economies are out there selling their country and their national champions. We need British Prime Ministers to do the same and tell global business leaders to invest in Britain.

“As we find our place in a post Brexit world, we need our leaders to be jetting about making deals that bring jobs and money to Britain.”