The Prince of Wales, 72, and the Duchess of Cornwall, 73, announced the start of their annual Wales Week tour on the Clarence House Twitter. A royal duty of this tour is to stop in the supermarket to commemorate the anniversary.

Prince Charles arrived in North Wales and visited the Iceland HQ in Deeside on Monday morning to celebrate the company’s 50th anniversary.

Charles looked in high spirits as he toured the headquarters on the first leg of his visit to Wales.

He met with Lord Lieutenant of Clwyd, Henry Fetherstonhaugh and Sir Malcolm Walker, the founder and executive chairman for Iceland, according to North Wales Live.

During his visit, he discussed the company’s sustainability plans and community initiatives. 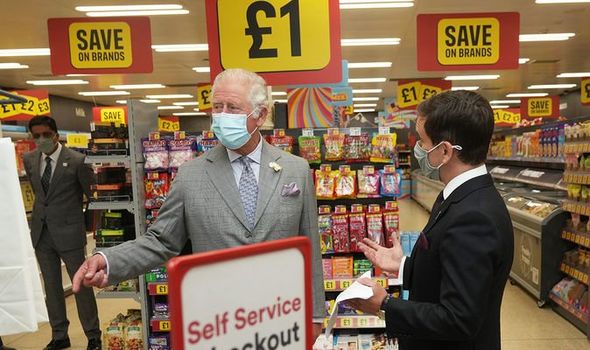 The firm’s sustainability goals include removing all plastic packaging from the Iceland personal label range by the end of 2023.

In 2018, Iceland removed all palm oil from their label foods.

They also talked about how the company reacted to panic-buying of goods in the beginning of the Covid pandemic last year.

During the visit and tour, His Royal Highness was spotted sitting in a forklift as the founder and executive chairman for Iceland demonstrated how to operate the machinery. 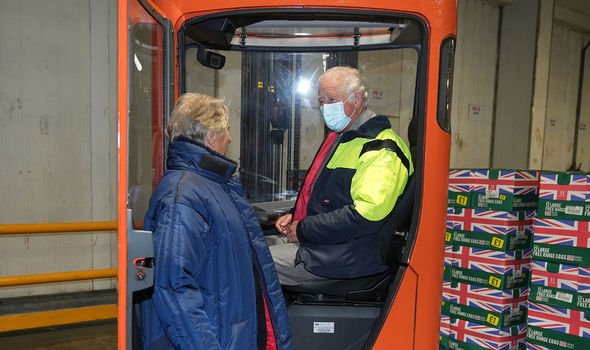 This isn’t Charles’ first visit to the Iceland headquarters in Deeside – as he opened the Iceland Development Kitchen and the cold store 34 years ago.

Clarence House shared a recreation of the picture taken three and a half decades ago with a picture snapped on Monday.

Charles commemorated the occasion by unveiling a plaque in the company’s reception before leaving to his next Wales Week duties.

The Prince of Wales went on to visit the staff at Wockhardt Vaccine Factory and thank them for their efforts in supporting the jab rollout.

The Royal’s final stop was St Winefride’s Well in Flintshire, a Catholic Pilgrimage site that welcomes thousands of pilgrims every year.