Charles struggled with his wife’s fame and popularity towards the later years of their marriage. As he had been heir to the throne since he was just a toddler, he was used to being centre-stage at most royal events. However, when he married the-then shy Lady Diana Spencer in 1981, the nation soon became infatuated with her.

It was not long until she had won over the public’s affections as she was seen as more tactile and approachable than any previous royal.

Yet, according to Howard Hodgson’s 2007 biography ‘Charles: The Man who will be King’, Charles was initially delighted at the overwhelming reception his wife received when they went on a tour to Wales in late 1981.

The royal author explained: “His delight at the way the crowds took to Diana was evident.

“It was further heightened by the hope that this adoration would encourage her to keep going, and in addition he was just relieved that she was out in the street at all.” 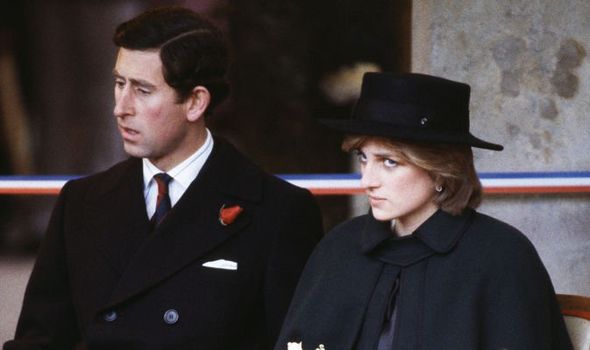 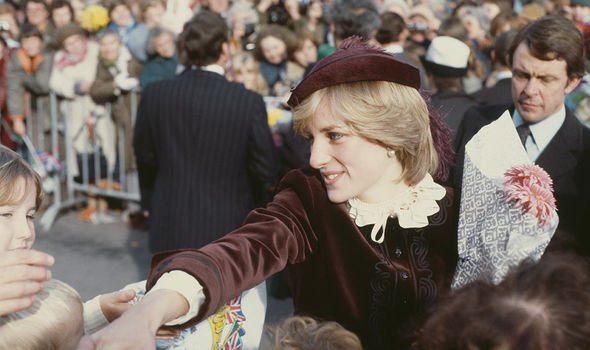 He continued: “He was to remark with genuine humour and some relief at the time, ‘Well, at least I know my place now – I’m a carrier of flowers for my wife.’”

The trip was the first ceremonial appearance for the newlyweds, who had married in July that year.

The couple travelled 100 miles across Wales during three days.

As the New York Times noted at the time, the public “made no secret of whom they considered to be the star of the show”. 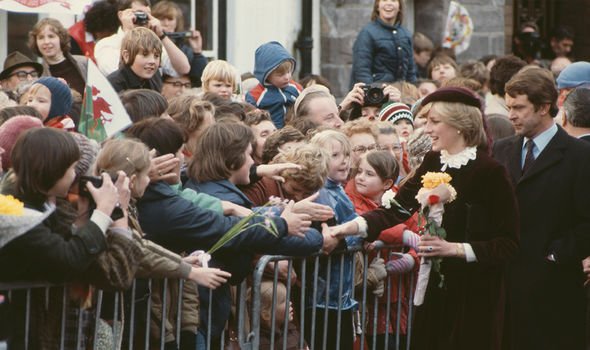 It reported that the crowds chanted “We want Diana!” one stop after another.

It added: “The anticipatory murmur of excitement rippling through each crowd as the maroon Rolls-Royce approached was almost always ‘there she is’ rather than ‘there they are.’”

Apparently, Charles was “beaming with pride”.

The newspaper noted: “Prince Charles several times self-mockingly pointed to his wife, saying to one admirer or another in the crowd, ‘there’s the person you’ve come to see.’”

Indeed during this trip to Wales, Charles allegedly joked: “I’ve come to the conclusion that really it would have been far easier to have had two wives to cover both sides of the street. 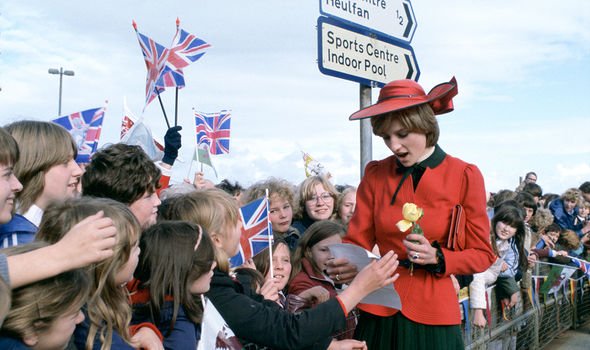 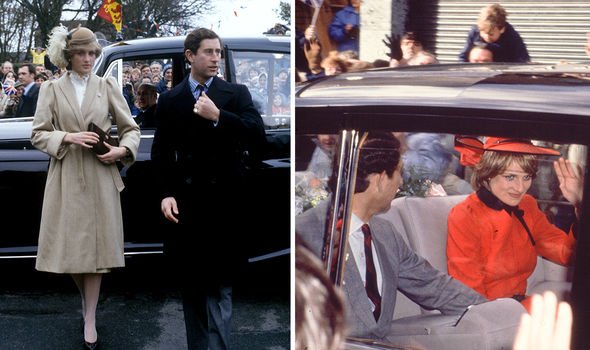 “And I could have walked down the middle directing the operation.”

However, Diana was allegedly “not amused” by the comment, and sat with her head bowed instead – her jealousy over his ex-girlfriends overshadowed much of their relationship.

Yet Mr Hodgson revealed in his biography that a great deal of encouragement was needed behind the scenes.

He said: “Her energy would evaporate once the adrenaline stopped flowing and she would be forced to yield to the strain of it all. 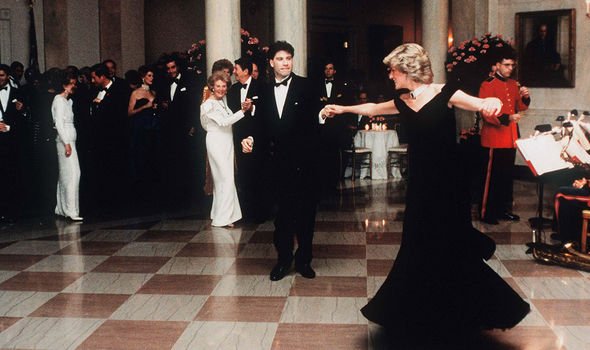 “The Prince remained calm and, with encouragement from him and [Anne] Beckwith-Smith, Dian would dry her tears and summon up enough resolve to have another go.”

Charles’ enthusiasm towards Diana’s reception was also to wane over the years.

The couple visited the US in 1985 and the Princess of Wales famously danced with the Hollywood actor John Travolta at a White House ball, much to her husband’s chagrin.

Asked about the dance the next day at a press conference, Charles retorted: “Well, I’m not a glove puppet so I can’t answer that.”

He added: “She would be an idiot if she didn’t enjoy dancing with John Travolta wouldn’t she?”

Royal debut! Meghan and Harry’s son AND daughter may appear on Palace balcony next year