The Crown: Prince Charles is 'mortified' at portrayal says expert

The Prince of Wales is thought to have been the main senior royal who extended sympathy to Prince Harry and Meghan Markle when they decided to leave the Royal Family. He continued to pay for them out of his own pocket through the Duchy of Cornwall until they could stand on their own feet. In contrast, Prince William was so furious with his brother that he refused to speak to him between January’s ‘Sandringham Summit’ — where the details of the Sussex departure were hashed out — and the Commonwealth Day service in March.

Reports of the Duke of Cambridge’s temper have been building up in the months since the brothers’ rift became apparent.

For instance, a source recently claimed: “When William is flying off the handle, it is often Kate who pulls him back.

“Sometimes William would let the press get to him.”

Royal biographer Robert Lacey also alleged the Duke of Cambridge would often leave his stepmother Camilla “horrified” after he would “rant and rave” at Charles.

He claimed: “The rows had been earth-shattering, by her account, with William doing the shouting and Charles submitting meekly.” 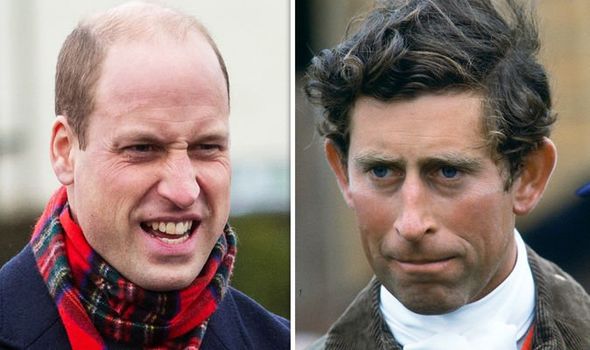 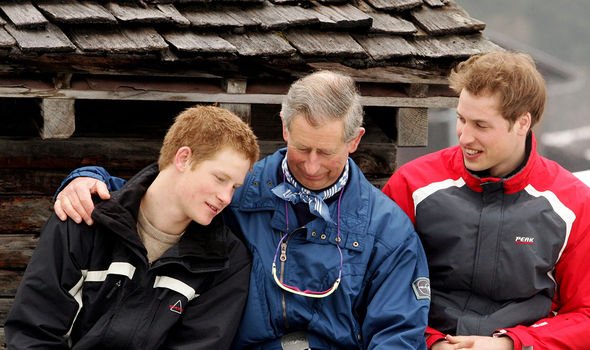 Despite the Prince of Wales coming across as a “meek” father in the face of his stubborn sons, a historical glance implies that the fiery Duke may have actually inherited his temper from Charles.

Royal biographer and an acquaintance of Charles, Howard Hodgson, told Express.co.uk how the royal was caught in a fit of rage several times during his youth.

He said: “Charles was an excellent horse-rider.

“In one race which I remember seeing, he fell off [his horse] and beat the turf with his whip.

“Charles is not perfect by any stretch of the imagination.”

In his book, ‘Charles — The Man Who Will Be King’, Mr Hodgson also noted: “These moods were usually caused by the anxiety created by the pressure of having to attempt to be the best at everything, while always being polite, smiling and generally behaving in a fashion that showed the monarchy in a good light.” 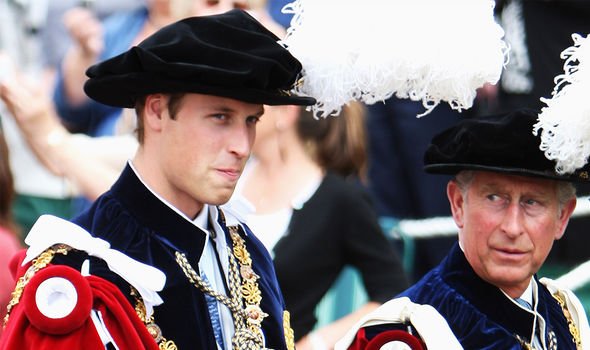 The royal biographer claimed that Charles subsequently developed the “safety valve” of self-deprecation, alongside an explosive temper which would bubble in the background.

He claimed that it was Charles’ former aides, David Checketts and Michael Colborne, who “bore the brunt of this bad temper”.

Lord Louis Mountbatten even had to take Mr Colborne aside once to assure him that he was only subjected to the royal’s fury because the two of them had such an affinity.

The Prince of Wales’ outbursts seemed to mellow when he found his perfect royal bride, Lady Diana Spencer, in 1980.

However, this did not last long.

Diana soon became the most popular member of the Royal Family, and Charles began to resent her for taking his spotlight.

According to Mr Hodgson, this frustration was not aimed at Diana herself, but at those around him — his staff.

Charles “took it out on others around him” who “could not answer back”, while his “fragile self-confidence appeared to be shattering” under the weight of Diana’s growing status as an international icon. 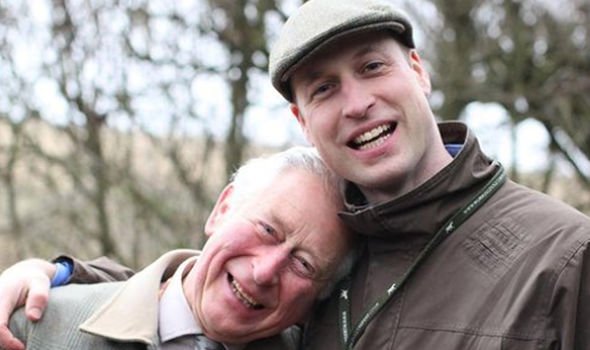 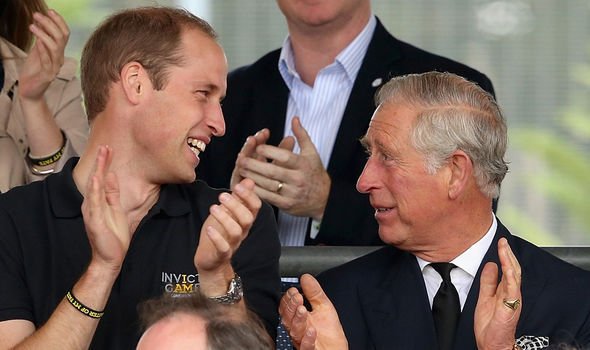 Former royal butler Paul Burrell has also claimed that Charles’ upbringing means he can be quick to reprimand his staff — leading servants to refer to him as “the pampered prince”.

He explained: “The Prince of Wales has grown up in such a privileged lifestyle that he doesn’t have the mechanics to choose for himself anymore.

“Absolutely everything is done for him.”

Speaking during Amazon Prime’s documentary, Serving the Royals: Inside the Firm, he added: “If anyone gets anything wrong everybody is scolded.”

Yet, Mr Hodgson told Express.co.uk that this temper has subsided as the Prince of Wales has matured.

He explained: “[Charles] has actually grown in self-confidence, self-esteem and self-assurance. 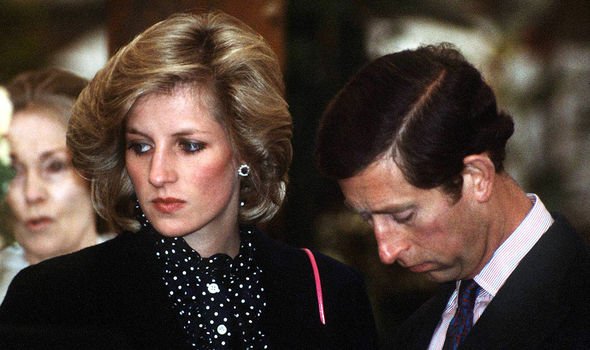 “He was never the obsequious little s*** as portrayed in The Crown, but I have been on the receiving end of his temper [in the past].

“But he doesn’t really have that anymore, he’s not a petulant child anymore.

“He was always a good man, a kind man, and his sons always adored him.”

Even so, Charles has struggled with his public image recently after the Netflix drama, The Crown, revisited his messy split from Diana.

Although the series is fictionalised, many of the show’s audience were quick to scold the heir through social media, especially after he was depicted as losing his temper at Diana in the show.

The show does not focus much on how Diana, too, had a reputation as a firecracker behind closed doors. 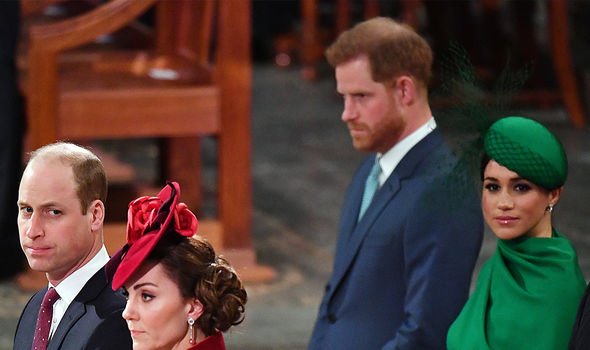 “There were terrifying rages, temper tantrums, hysterical tears for no apparent reason and her moods changed in a flash.”

For a time it was thought her sons had inherited a temper from the Princess of Wales, but Mr Hodgson’s insight suggests it may have been from both parents instead.

News of William’s supposed temperament has come as a surprise to royal watchers over the last year.

While Harry has been pictured scowling at the media on several occasions, his older brother always appears to be more reserved with his emotions in public — which is why claims of furious rows between William and Charles stunned royal fans.

However, these father-son spats are said to now be water under the bridge, as they have bonded over their shared responsibility to the crown.

Harry and William’s fallout, on the other hand, is reportedly still a sore topic.

‘Charles — The Man Who Will Be King’ by Howard Hodgson was published in 2007 by John Blake Publishing and is available here.

Royal shock: How it was Princess Diana’s SISTER who was on cards to marry Charles

Coronavirus: Almost half of adults exposed to fake COVID-19 news