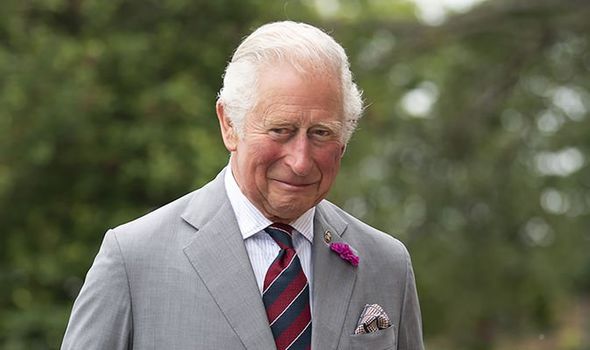 The long-time campaigner wants the days of long commutes to end, and envisages a society in which workplaces will be a short journey from our homes. The Prince of Wales argues there should be green corridors allowing people to walk or cycle safely without having to weave through traffic and supports rapid transport systems to make travel easier and cleaner for the environment.

In exclusive comments to the Daily Express, the Prince said: “Sustainable urban development is clearly critical in responding to the climate emergency.

“We all know it’s so utterly and vitally important for the future of our planet and of course central, indeed absolutely fundamental I would have said, to any prospect of actually achieving the crucial COP26 targets.”

The Prince intends to lobby world leaders and the mayors of major cities with his ideas at the G20 summit in Rome this weekend and then at COP26 in Glasgow next week.

He will argue that fixing cities, which already account for 70 percent of carbon dioxide emissions and are forecast to double their populations by 2050, is key to cutting greenhouse gases.

This could restrict climate change to a just manageable 1.5C rise in average global temperatures.Charles, 72, and his urban design advisers at his charity, The Prince’s Foundation, want to see an end to the long daily commute, with work places a short walk or five or 10-minute journey from home.

They have also called for rapid transit systems in many more cities in the UK and elsewhere, more compact settlements with mixed neighbourhoods of public and private housing, and green corridors allowing city dwellers to walk or cycle uninterrupted by roads and traffic.

It could mean a dramatic change in the look of some neighbourhoods, such as the City of London financial district. In recent years, the authorities had focused on office building and discouraged residential developments until the pandemic struck, opening up the possibility of working from home and an end to long commutes for many.

And although he lives in royal residences protected by high walls and security, the Prince and his foundation also believe in creating mixed neighbourhoods where it is impossible to tell the difference between 20 or 30 percent of affordable homes for poorer families and those for wealthier buyers.

The Daily Express can reveal that, ahead of COP26, Charles issued a clarion call to Commonwealth leaders whose countries are forecast to account for at least 50 percent of the predicted increase in urban populations ‑ an extra one billion people.

He spoke at a meeting of Commonwealth representatives at Clarence House on Wednesday to discuss building sustainable cities in the 54-nation association, home to 2.5 billion people.

He told representatives, including the Commonwealth Secretary Baroness Scotland and UN-Habitat Executive Director Maimunah Sharif that a Commonwealth call to action would help create sustainable cities.

Charles said: “The Commonwealth call to action seems to me to provide a perfect rallying point for Commonwealth member states, central and local government, civil society and organisations at all levels to come together seriously to support and deliver real and transformational change through the way that we plan and manage our cities and human settlements.”

A senior royal aide said he would be pressing world leaders and mayors from 100 of the planet’s biggest cities to act when he meets them in Glasgow next week.

The aide said: “The Prince has space put aside next week to meet world leaders. He’s particularly interested in meeting some of the most important mayors and regional leaders.”

At the Clarence House meeting earlier this week, Charles said: “The scale of our response needs to be equal to the scale of the challenge we are facing. I sincerely hope the very essence of adding social, environmental and commercial value can help to inspire and guide our actions and responses in the weeks and months ahead.

“There is a real central necessity to look at [rapid urban planning] in a more structured way, which will directly determine so many aspects of our human existence.

“So, if Covid has taught us anything, then surely it has been to demonstrate what can be achieved through collective action. Leadership is key, but so is effective collaboration.”

The meeting at Clarence House on Wednesday was chaired by Marvin Rees, the Mayor of Bristol, a city hailed as Britain’s greenest for its efforts to encourage neighbourhoods where walking, cycling, recycling, clean air and cutting carbon emissions are key.

It was celebrated as an example to the rest of the world but, like several other big cities, Bristol has no way of currently getting large numbers of people across the city rapidly on public transport.

Many cities are now looking at electric buses. But Mr Rees wants to create a £4billion high-speed public transit system in Bristol using a mixture of rail, underground and buses.

He said UK cities had identified £205billion of investment opportunities to green their communities, but could not rely on central government to fund them all.

They are looking at attracting sovereign wealth funds, pension funds and charitable foundations to invest in turning Britain’s cities greener.

Mr Rees said: “There are opportunities for funding in the private sector and philanthropy and it’s about accessing that. You can’t decarbonise the world unless you decarbonise cities.”

Charles added: “Institutional investors and the private sector are increasingly coming to realise the real need for transformational change that we’ve all been talking about here with a much greater degree of focus.

“Of working with nature rather than against her, as well of course as being fully alive to the appalling risks of not doing so and merely getting on with business as usual, that approach which would be absolutely fatal.”

Baroness Scotland, the Commonwealth Secretary General, said: “One billion people are going to join our Commonwealth in the next 30 years and 95 per cent of the growth in urban areas is going to take place in Asia and Africa.

“So it couldn’t be more important for our Commonwealth family that we target this issue.”

Italian Prime Minister Mario Draghi, with the support of Boris Johnson, has invited Charles to Attend the G20 summit in Rome this weekend in recognition of his long work highlighting the dangers of global warming.

A senior royal aide said: “It is rare for anyone who is not a world leader to be invited but it’s a recognition of his leadership on this issue.”

The Express has called for change with our Green Britain Needs You campaign.

Wirral: Two horses and riders rescued after getting stuck in mud on beach