Prince Edward has thrown doubt over Prince Philip’s long-term plan to honour his youngest son with the Duke of Edinburgh title after his death. The Earl of Wessex told BBC Breakfast that this plan will depend entirely on whether Prince Charles “when he becomes King, will do that”.

Prince Edward gave an interview to BBC Breakfast and spoke about taking over the title of Duke of Edinburgh from his late father.

He said: “Yes, it was fine in theory ages ago, when it was a sort of pipe dream of my father’s and of course, it will all depend on whether or not the Prince of Wales, when he becomes king, will do that so we’ll wait and see.”

When asked about the duties of the role, he replied: “Yes, it will be quite a challenge”.

Prince Edward and his wife Sophie currently hold the titles Earl and Countess of Wessex, which was granted to them on their wedding day. 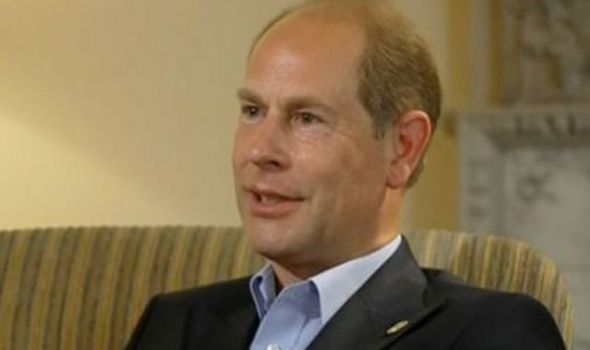 In a recent interview with The Telegraph, the couple said that it had long been Prince Philip’s dream to pass the Duke of Edinburgh title to Prince Edward.

The Earl and Countess told royal correspondent Camilla Tominey that Prince Philip had approached them with the idea shortly after they became engaged in 1999.

The couple went on to have two children, Lady Louise Windsor, aged 17, and her younger brother James, Viscount Severn who is aged 13.