Prince Edward, 56, provoked the mirth of some social media users after he used virtual backgrounds while taking part in a video call. The Earl appeared before more than one virtual cityscape of Greater Machester as he spoke to local charities and organisations about the important work they had been doing during the COVID-19 pandemic.

The first tweet which was accompanied by a clip of Edward speaking before a virtual background of Manchester read: “The Earl of Wessex has paid a virtual visit to Greater Manchester.

“HRH first heard about the impact of COVID-19 from representatives of the city’s health, education and homelessness services, including @MFTnhs, @MustardTreeMCR, @42ndStreetmcr, @NewmanRCCollege and @cahn_gm.”

A second tweet read: “The Earl also spoke to charities across Greater Manchester, including those who are caring for children with complex needs, offering mental health support, and providing refuge to those escaping domestic [email protected] @moodswingstweet @seashelltrust @FortaliceBolton.” 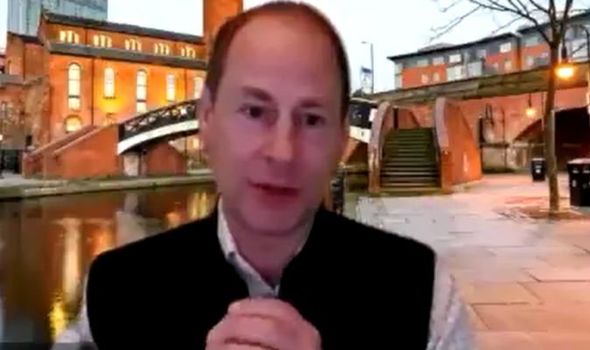 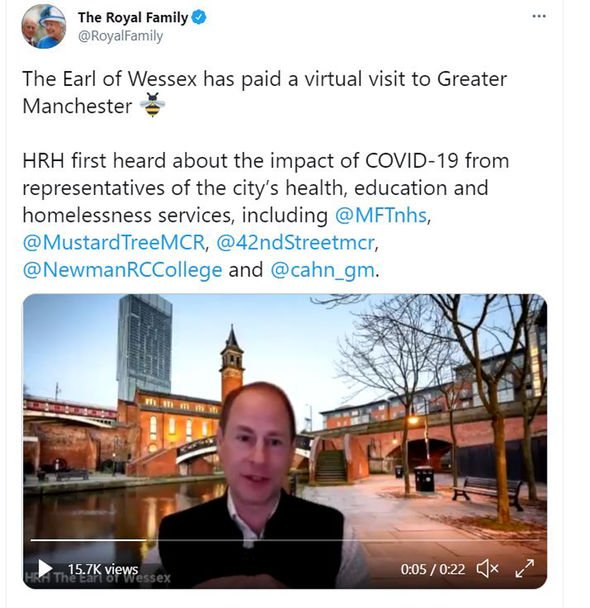 Edward was praised for shining a light on important local services by some social media users while others mocked the royal’s use of virtual background.

“We have such talent, resilience and sense of community in #Manchester and are proud to face the challenges together.”

Another gushed: “There are so many interesting people to talk to or share ideas with, right?” 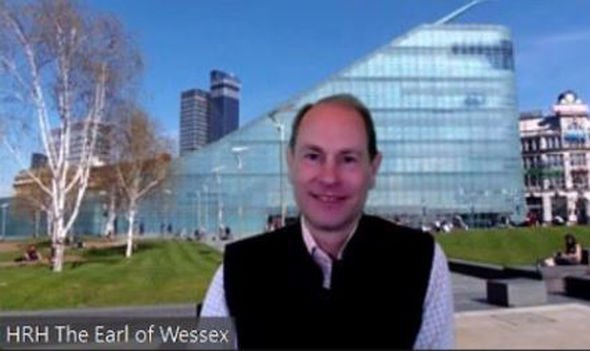 But some poked fun at the Earl’s use of virtual backgrounds, showing scenes from Greater Manchester, during the calls.

One user joked: “Loving the green screens there Edward.”

Another claimed the virtual effects were “distorting people”

They wrote: “This is really great! Glad he’s drawing awareness for these services.

“He needs to stop with virtual backgrounds though. It makes people look somewhat distorted.”

Body language expert and author Judi James analysed the footage from Edward’s latest engagement and shared her findings with Express.co.uk.

The analyst claimed the Earl’s use of virtual backgrounds was “horrible” and “distorted” Edward’s head.

Judi said: “With that horrible virtual background distorting his head and a rapid, staccato delivery Edward sounds and looks more like a young student in this clip where he speaks with an almost shy sense of modesty and enthusiasm.

“His body language hints at some underlying anxiety about his new profile in The Firm as he sits massaging his hands in a self-comfort ritual.

“His verbal delivery is a revelation in terms of Windsor traits though.

“Comparing his natural, youthful-sounding speedy mumble to his older brothers’ tendency to speak slowly with an exaggerated stretching of their vowels suggests Edward has a much less self-important view of life.” 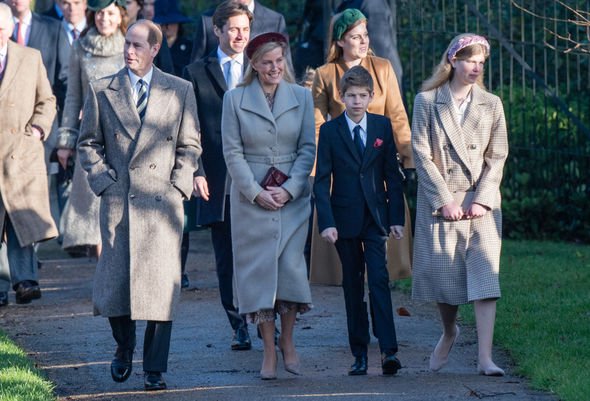 According to Judi, the Earl’s language errs on being too self-deprecating.

The analyst said: “His words are rather humble too.

“He speaks of their ‘fantastic’ work and that he has ‘…really enjoyed our conversations, thank you.’

“Along with the hand-massaging Edward also performs some small shoulder-shrugs to again give this sense of a more modest view of his own importance.”

Despite his humble gestures, Judi claimed Edward also came across as motivational.

She said: “But he is also motivational. Speaking about the ‘positivity you’ve been exuding today’ he delivers a smart, emphatic sound-bit using repetition and vocal tone when he says ‘So much more collaboration…So much more learning.’

“His raised brows and some small head-baton gestures add sincerity when he adds ‘We mustn’t lose that’.”

Why is Boris Johnson in hospital and what's the latest on his condition?