Home » Europe » Prince George, Charlotte and Louis: Will they all be at Wembley if England reach final?

Prince George, seven, was lucky enough to join Kate, Duchess of Cambridge, 39, and Prince William, 39, at Wembley to watch England’s victory over Germany in the UEFA European Championship on Tuesday. While royal fans were delighted to see young George out and about some wondered why his younger siblings Princess Charlotte, six, and Prince Louis, three, weren’t there too.

The Euro 2020 final is scheduled to take place at Wembley on July 11.

Prince William is president of England’s Football Association (FA) and will undoubtedly be at the event if England makes it through.

Given that the Duke and Duchess of Cambridge brought George along with them to Tuesday’s game they may take all three of their little ones to the match if the Three Lions make it through to the final. 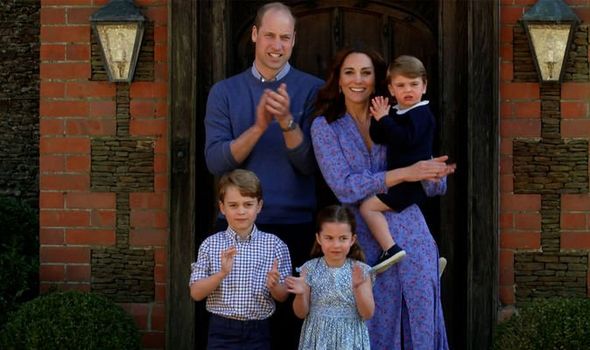 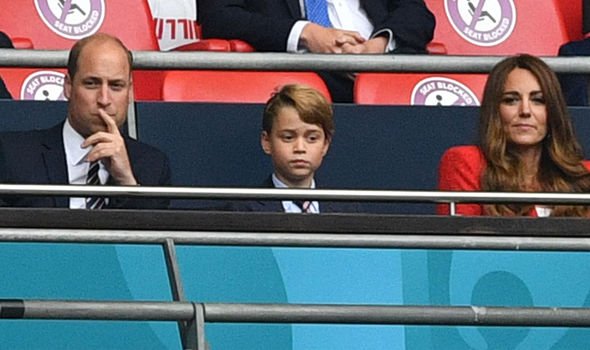 Sweet photos of George cheering the team on sent royal fans into a frenzy on Tuesday although some questioned why he was dressed in a suit and tie.

The young royal is third in line to the throne and his formal outfit mirrored the one worn by his father William.

While they may have dressed formally to reflect their royal status some hit out at the move on social media. 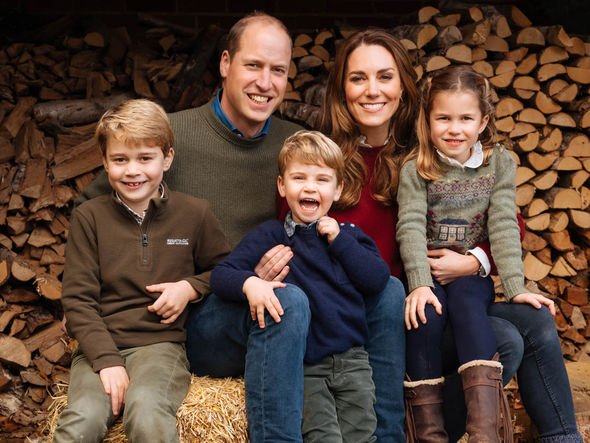 Another put: “Prince George should have been allowed to wear an England shirt rather than a mini adult jacket and tie!”

A third chimed in: “Was a bit hot. England shirt next time.”

While another agreed: “Poor little lad, having to watch England at Wembley, wearing a suit. @England, sort young Prince George with a shirt will you?”

George is known to be a keen Aston Villa supporter like his father William and has attended football matches with his dad in the past.

His love of the game was reflected in the official photos released to mark his sixth birthday in which he proudly sported an England football shirt.

In 2019, William told musician Frank Skinner that George plays his hit football anthem, Three Lions, every morning when he wakes up. 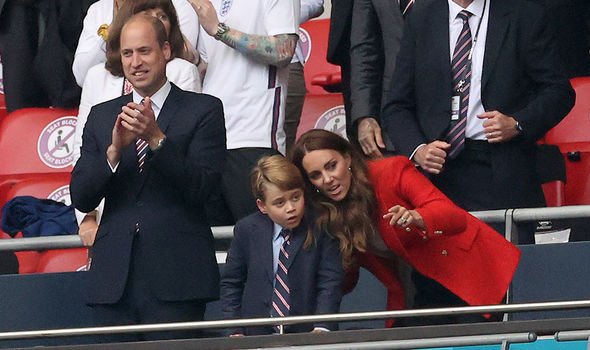 Mr Skinner revealed how Duke had told him: “I listen to your song every morning.”

“Honestly, George plays it every morning ever since the World Cup.

“I thought it would fade away but it hasn’t. he still plays it every day.”

All eyes will be on Wembley for the Euro final which is scheduled to kick off at 8pm on July 11.