The young royal, 8, watched the events on the centre court from the Royal Box where he was sat in between his parents. While his appearance surprised many royal fans and spectators of the match, Prince William attended his first Wimbledon match with his late-mother Princess Diana at the same age.

The young royal arrived at the All England Lawn Tennis and Croquet Club, which Kate is patron for, in a full navy suit with a shirt and tie to greet Wimbledon’s dignitaries.

It was then that George quietly told one member of staff that he was supporting Djokovic.

The young royal has had tennis lessons after finding a passion for the sport just like his mother and has even been taught by Roger Federer for a single session. 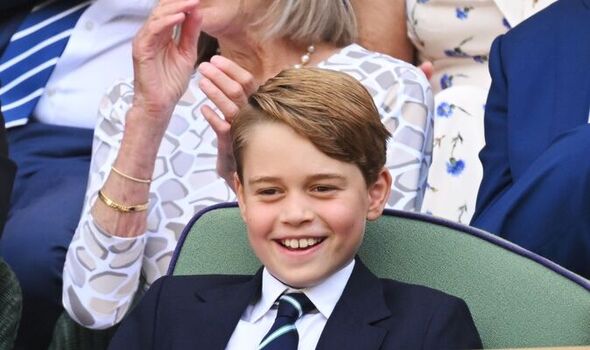 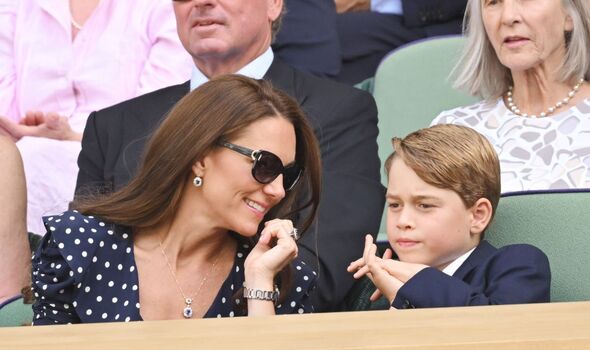 Federer has been friends with the Cambridges for a number of years and the eight-time men’s champion described George in 2018 as a “cute boy”.

He played with the prince in 2019 at Anmer Hall in Norfolk and he said: “I love to see that they’re into tennis or into sports.

“His mum has always enjoyed their tennis. I hope that he’ll still say the same in a few years’ time.”

Prince George was seen complaining to his parents during the match and prior to it about being hot which concerned some fans though Wimbledon staff reassured him that the royal box is usually in the shade.

One user on Twitter was delighted with the surprise appearance and @Canellelabelle tweeted: “For me today is all about Prince George Alexander of Cambridge. I love that his parents are easing him into this role and teaching him to respect the dress code. 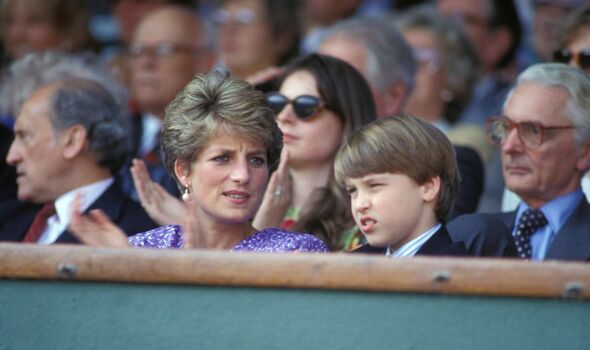 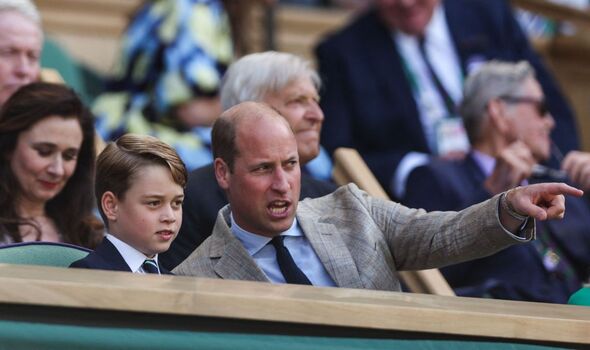 “For the ones complaining about suits, he is the future King of England, not your regular boy so moving on!”

Others added that his suit was no different to many school uniforms that will be donned up and down the country this week as Brits face hot temperatures and the Duke and Duchess regularly checked up on him.

Other fans added: “He is growing up fast and he looks like he’s enjoying the Men’s Singles Final” and that “it was beautiful to see George for the first time at Wimbledon.”

Princess Charlotte, 7, and Prince Louis, 4, were not at the event, but under Wimbledon’s official rules children under five are not able to attend due to possible disruption. 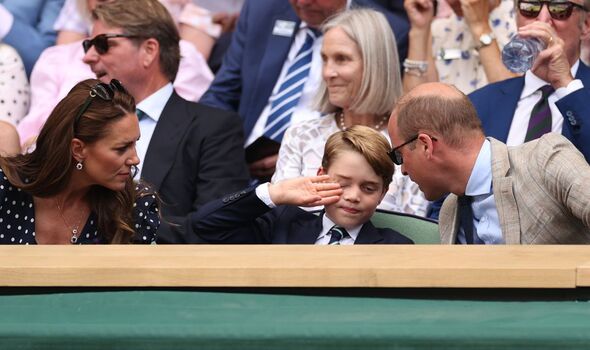 It is not known why Charlotte did not attend the match.

On the Duke and Duchess of Cambridge’s official Instagram account they said: “Another year, another incredible tournament here at Wimbledon.

“Congratulations to Novak Djokovic on becoming Men’s singles Champion again today and to all the players who participated over the past two weeks.

“Last but not least, to the staff, team and community who make this special event happen.”

Why this Russian’s release from jail matters

Rose West: Blunt reason serial killer ‘believes she will be released from prison’