One picture was a more traditional, formal photograph of the young prince looking straight at the camera and smiling, wearing a plain dark green polo shirt. However, the other was a more informal image of George outside, flashing a cheesy grin while wearing an army camouflage print top. Some have suggested that this second picture may be a hint to George’s future, potentially indicating that he may go into the Armed Forces like his father Prince William, his uncle Prince Harry, his grandfather Prince Charles and his great-grandfather Prince Philip.

Indeed, there is a tradition in the Royal Family that male members join the military, be that the Army, the Navy or the RAF.

In last week’s episode, guest star Mirror Online lifestyle editor Zoe Forsey said: “Lots of people are saying George’s t-shirt is a nod to the royals’ connections to the military as well, with obviously his dad William and Prince Harry, have all taken on roles at some point within different parts of it.”

Ms Gripper added: “I thought that was interesting as well, because it sort of points to George’s future and they have put that out there, essentially, in some way, that he may also go into the forces. 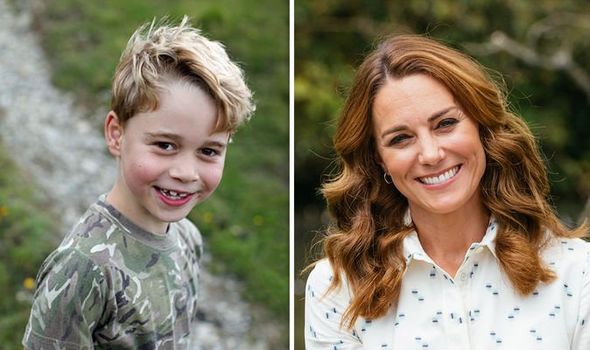 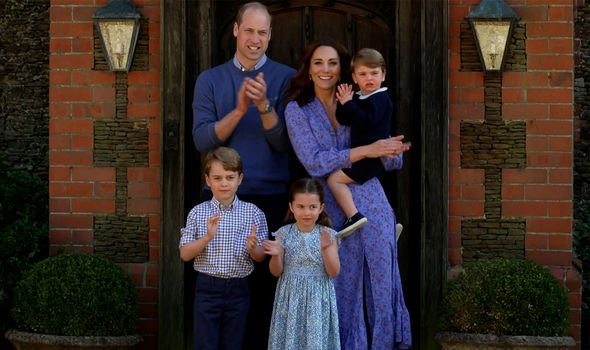 In this way, some have interpreted the choice of t-shirt in George’s official birthday pictures as a hint that he will one day follow in his fathers’ footsteps and join the military.

Both William and Harry have spoken about how much their time in the military meant to them, with Harry describing it as the happiest time of his life.

Prince Philip also really valued his time in the Navy and would have continued for longer, had the Queen not ascended to the throne in 1952. 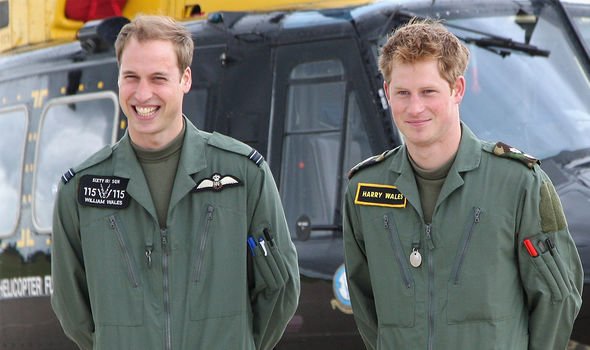 However, the royal commentators also pointed out that the t-shirt looks like it is a favourite of the young prince’s.

They noted how the material looked like it had been through the wash a lot, indicating that George likes to wear this top very often.

Ms Gripper said: “Looking at that t-shirt, I think that has got to be either a hand-me-down or one that he absolutely loves because you can tell it’s been through the wash a lot of times.

“You can just see on the material that it is definitely a favourite.” 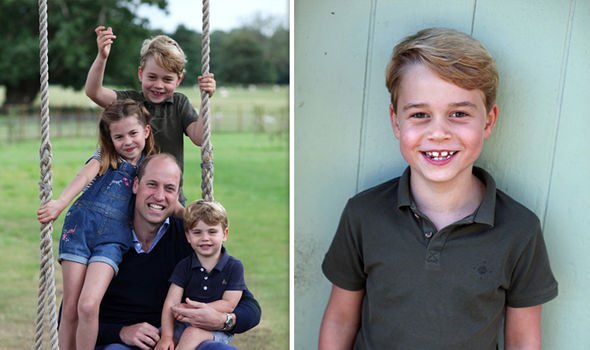 She then joked that George would say to Kate: “No, Mum, I’m wearing it again. Yes, I’m running around outside, rolling around in the mud.

Meanwhile, Ms Forsey described how Kate, who is increasingly taking official photographs of the children herself, has started to take quite a modern approach.

She has achieved this through the contrast of one traditional, formal picture alongside a second, more candid one.

She said: “I like the fact that there was a more formal photo, where he had his hair all done neatly and he was standing still and then you had the other one, which was the one where he was wearing the army print t-shirt, where he looked like he was just in the middle of playing and Kate had grabbed the picture.

“So I think as she’s started to do quite a lot now, there’s the more official, more traditional portrait of him just looking at the camera and smiling and then a more, probably a more modern one of just general, normal life that I think’s really lovely.”

Ms Forsey added that all three of the Cambridge children have now had a birthday during the coronavirus lockdown and had pictures released for it.

Prince Louis turned two on April 23, while Princess Charlotte turned five on May 2.

All three of the children have their birthdays in quite quick succession and all enjoyed them this year at the family’s Norfolk residence, Anmer Hall.

They all appeared as a family during the Clap for Carers video, in which they stood outside their home and clapped to thank the NHS and key workers for their fantastic work during the coronavirus crisis.

For the public, this was their first glimpse of the children since Christmas and the children have already grown so much, especially young Louis.

Ms Forsey said: “They’re really lovely, we’ve got the full set of royal lockdown Cambridge kids’ birthdays now, they’ve all done a bit of a lockdown picture ‒ but no, they were really nice, really lovely.”

Face mask policy: Furious shoppers to BOYCOTT supermarkets who do NOT enforce coverings

Mum 'in pieces' after son, 22, knifed to death in London night of violence