The royal couple appeared in a broadcast special to mark the unveiling of the annual Time 100 list, in which they urged people to make sure their “voices are heard” in November. Harry’s involvement is a clear breakaway from his old life in the Royal Family, because royals are meant to stay neutral and do not typically speak out on political matters. For this reason, the Queen and senior royals customarily do not exercise their right to vote, or publically express any partisan view.

While it may be a chore for those who internally feel strongly about politics, the non-partisan nature of the Royal Family is deeply important both in terms of standing as a figurehead uniting the whole country and in terms of the very concept of a constitutional monarchy.

If the Queen or those in line to the throne start to express their own political views, it could damage the fabric of our democracy.

Now that Harry has stepped down as a senior royal, and plans to be operating financially independently, he is more able to freely express his opinion.

However, he has been accused of “bemoaning” the fact that he has never been able to vote and “abandoning the logic” that is the reason behind that. 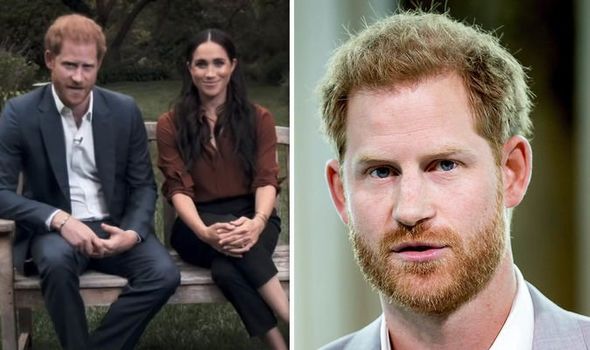 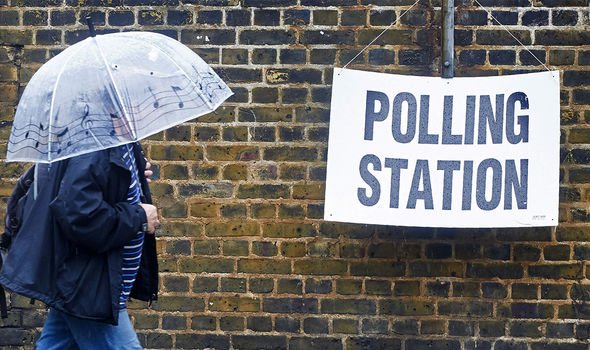 Prince Harry said: “This election, I’m not going to be able to vote here in the US.

“But many of you may not know that I haven’t been able to vote in the UK my entire life.

“As we approach this November, it is vital that we reject hate speech, misinformation and online negativity.” 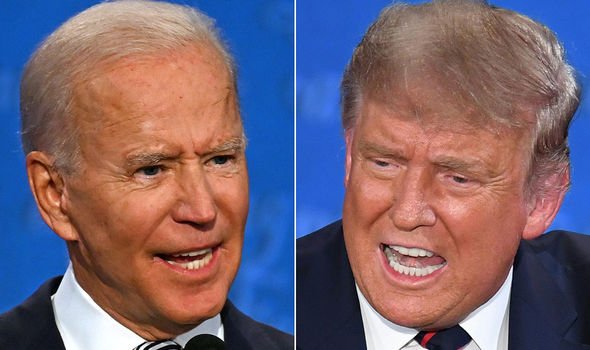 Mr Myers said last week: “Harry and Meghan are, rather than getting out there and talking to people who are activists, they are just giving their viewpoint.

“That’s essentially why they were criticised for wading in on the US election as well.

“Certainly with people at the Palace it didn’t go down too well, because Harry’s sitting there bemoaning that he’s never been allowed to vote.

“Well, you come from a very, very privileged background and there are reasons why you haven’t been able to vote: because you’re meant to be non-partisan and they’re just abandoning that logic, really.” 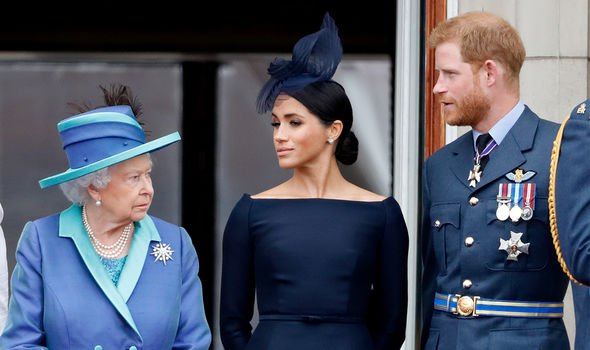 In the video, Harry and Meghan also reiterated their long-standing opposition towards hate and misinformation online.

They wrote several official royal statements on the subject and, after stepping down as senior royals, supported a campaign to boycott Facebook in July this year.

Harry even wrote an article in Fast Company on the subject, in which he claimed there is a “crisis of health, hate and truth” online.

In their Time 100 video, Meghan said: “Seeing our world through the lens of community is so important, because we need to redraw the lines of how we engage with each other both online and off.

Harry added: “But when the bad outweighs the good, for many, whether we realise it or not, it erodes our ability to have compassion and our ability to put ourselves in other people’s shoes.

“Because when one person buys into negativity online, the effects are felt exponentially. It’s time to not only reflect, but act.”

Meghan then told viewers that it was National Voter Registration Day, reminding them that there are only a few weeks until the election.

She said: “Every four years, we are told the same thing: that this is the most important election of our lifetime. But this one is.

“When we vote, our values are put into action and our voices are heard. Your voice is a reminder that you matter, because you do and you deserve to be heard.”