Meghan Markle had 'debacle' with Queen over tiara says Burrell

The Duke and Duchess of Sussex’s Archewell Foundation has made a donation to Mind, one of the UK’s leading mental health charities. The announcement follows the couple’s tell-all interview with Ms Winfrey which has gathered enormous attention around the world.

During the interview on US network CBS, the couple described pressure they faced as working royals.

Meghan, 39, said she found royal life in the UK “unsurvivable”, revealing: “I just didn’t want to be alive any more.

“And that was a very real and clear and frightening and constant thought.”

Mind issued a statement in support of the Duchess after Piers Morgan questioned remarks she made in the interview – a move which led to his departure from Good Morning Britain. 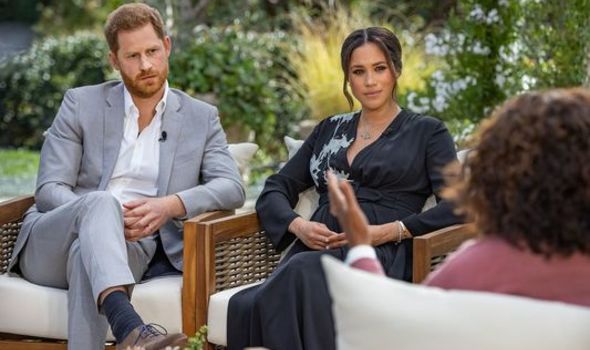 His critical comments prompted 41,000 complaints from Ofcom, including one from Ms Markle.

The charity, a partner with ITV on its Britain Get Talking campaign, tweeted: “We were disappointed and concerned to see Piers Morgan’s comments on not believing Meghan’s experiences about suicidal thoughts today.

“It’s vital that when people reach out for support or share their experiences of ill mental health that they are treated with dignity, respect and empathy.

“We are in conversations with ITV about this at the moment.” 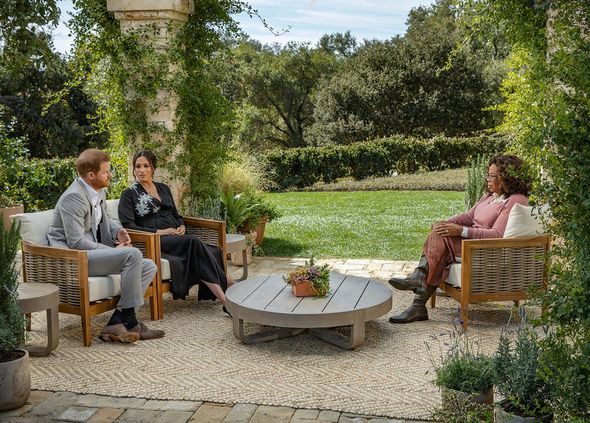 Mind thanked Archewell Foundation in a statement on its website.

Kathleen Miles, director of fundraising, said:Mental health problems can affect anybody, regardless of factors like age, gender, ethnic group or socioeconomic status.

“We’re grateful to the Duke and Duchess of Sussex and the Archewell Foundation for this support, which will help us continue to make sure everyone with a mental health problem gets both support and respect.”

Archewell also revealed on Friday its support for Press Pad, an organisation which helps aspiring journalists with subsidised housing, in an effort to improve diversity within the media industry.

DON’T MISS:
Princess Margaret ‘would not have spoken to Diana for 30 years’ [INSIGHT]
William forced into drastic action to protect Kate from paparazzi [REVEAL]
Queen told to fire royal aide amid backlash over the Palace’s response [SPOTLIGHT]

ITV News host ‘astonished’ as army veteran reveals his age: ‘Ask my mother she was there!’