Darren McGrady, who was Diana’s personal chef, compared the late Princess of Wales to her son, asserting that both of them like to do things because they believe it is right, not because it is the official way of doing things. Diana used to be quite negative about Palace courtiers, calling them the “grey suits”, and insisting she was being “spied on”. Similarly, Harry and Meghan reportedly called them “vipers” and felt like they were being thrown under the bus to make Prince William look good, according to the new biography Finding Freedom.

Diana had her own way of doing things that was often drastically different to how The Firm was used to things being done.

In her infamous interview with BBC Panorama, she said those in the establishment had decided she was “a non-starter” because she did things differently.

She said: “Because I do things differently, because I don’t go by a rule book, because I lead by the heart not the head, and albeit that’s got me into trouble in my work, I understand that.”

The Duke and Duchess of Sussex have also torn up the rulebook in the way they had split from the Royal Family and set up their own life in California. 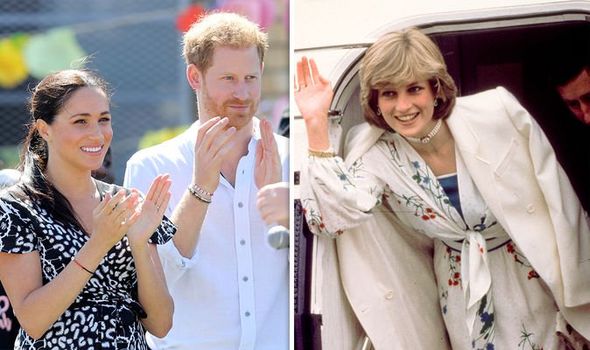 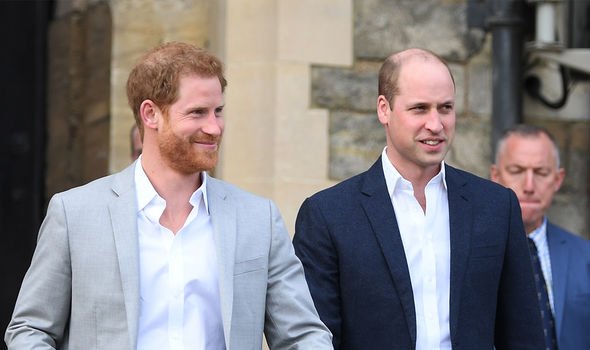 Mr McGrady told the Daily Mail last year that Harry’s attitude is just like his mother’s, whereas William is more traditional.

He said: “Harry is so like his mother. She was so, ‘This is what I’m going to do because it’s the right thing ‒ what do you mean it isn’t the official way ‒ not protocol?’

“Harry is the same with Meghan, whereas William would be more, ‘What can we do here?’ and the advisers, or grey suits as Diana used to call them, would have advised him.

“But Harry is like his mum, instant reaction through emotion. The boys are so different like that. 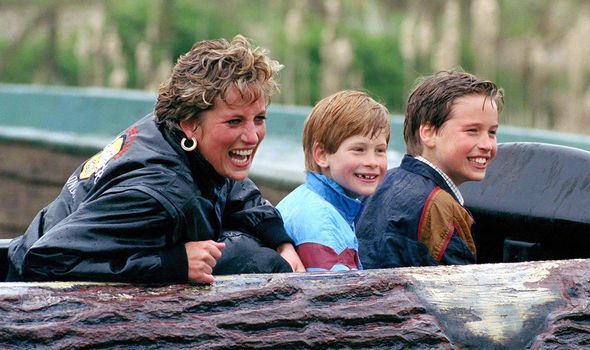 “She connected with Harry more.”

The anniversary of Princess Diana’s death is on Monday 31, a day which must be heartbreaking for both William and Harry each year.

However, this year the princes will be across different continents for the first time and their relationship has arguably never been worse. 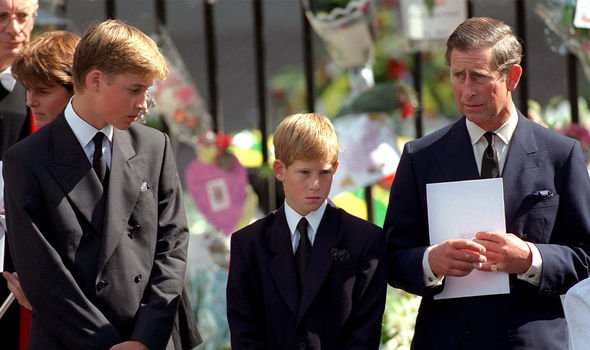 Growing up, and especially in the aftermath of their mothers’ death, the brothers were extremely close.

They worked together on projects like Heads Together, in which they talked about the pain they felt at losing their mother in the hope that it will help others speak up about their mental health issues.

On anniversaries in the past, the brothers have been to memorials together and even put on the Concert for Diana to mark the 10-year anniversary of her death in 2007.

However, this year things could not be more different as the two men “barely speak”, according to Omid Scobie, co-author of the new biography of Harry and Meghan entitled ‘Finding Freedom’.

Mr Scobie also claimed on True Royal TV’s The Royal Beat that William and Harry even stopped talking “completely” for two months after Harry announced he and Meghan would be stepping down as senior royals.

There had reportedly been tension building for a couple of years, ever since Harry took offence at William’s advice to go slow in his relationship with Meghan, according to Finding Freedom.

After the royal wedding in 2018, they grew further apart with the Sussexes’ split from Kensington Palace and the parting of their joint charitable efforts.

The final straw appeared to Harry and Meghan’s decision to reveal their plan to quit their royal roles publicly before the details had been worked out, which was against the Queen’s wishes and took everyone by surprise.

The Duke of Cambridge was reportedly “hurt” that Harry would act in a way that could damage the reputation of the Royal Family.