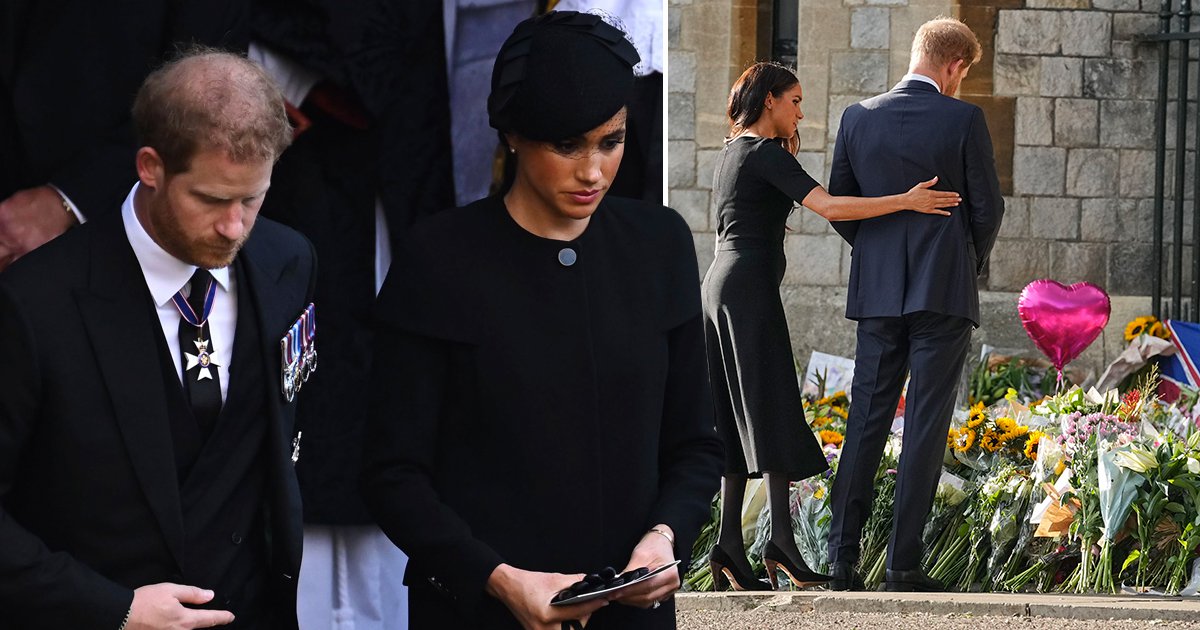 The Duke and Duchess of Sussex have been ‘uninvited’ to a state reception on the eve of the Queen’s funeral, a report claims.

King Charles and the Queen will hold the event for world leaders and foreign royals at Buckingham Palace on Sunday evening.

It is thought that Prince Harry and his wife Meghan Markle initially received an invitation to join other members of the Royal Family.

But palace aides insisted the occasion was for working royals only, so the California-based couple are now unlikely to attend, the Telegraph reported.

Joe Biden, the US president; Emmanuel Macron, the French president; and Olena Zelenska, the first lady of Ukraine will be among those travelling to London for the reception.

It is thought to be one of the greatest gatherings of dignitaries and heads of state in the post-war era.

Royal invitees include Queen Maxima of the Netherlands, and Queen Sonja of Norway.

They will be greeted by the Prince and Princess of Wales, the Princess Royal and the Earl and Countess of Wessex.

Tension over Harry and Meghan’s invitations comes just days after it was reported that their children will not be granted HRH titles.

It is understood little Archie and Lilibet will officially be given the titles of prince and princess by their grandfather but will not be able to use His and Her Royal Highness.

The Sussexes stopped using their HRH styles in January 2020 when they stepped down as senior royals.

Because of this, there was also confusion if Harry will be allowed to wear his military uniform at a vigil for the late monarch.

Despite being a ex-Army officer, he has been in civilian dress for official events, including walking behind Her Majesty’s coffin when it was carried to Westminster Hall.

Earlier this week, Metro.co.uk reported that palace officials had a change of heart and the prince is now expected to wear his military uniform.

A source told the Mirror: ‘It was a ludicrous situation, given the Duke of Sussex has served his country and is a highly respected member of the Armed Forces with everything he has done for veterans.

‘It is important that the Queen’s grandchildren are all made to feel welcome and comfortable as they grieve their beloved grandmother together.’