Prince Harry and Meghan Markle reportedly have no plan to meet Prince William, Kate Middleton, and the Queen during their charity tour in Britain and Germany despite the Sussexes living less than a half mile away from the Cambridges. Royal commentators say William and his wife Kate Middleton are avoiding contact with the Duke and Duchess of Sussex due to fears of their conversation being repeated in Harry’s upcoming tell-all memoir. Royal broadcaster Rafe Heydel-Mankoo lashed out at the Sussexes for reportedly refusing to visit the Queen when the country is going through a difficult time.

Speaking on GB News, he blasted: “They both need to grow a pair and realise the country is going through a much more serious issue right now than petty insignificant vacuous issues.

“Yes, we go from the sublime story of the Cambridges to the ridiculous stories of the Sussexes as usual.

“To expect William to apologise after all the litany of insults and offences that have been caused by the Sussexes. Beggar’s belief. 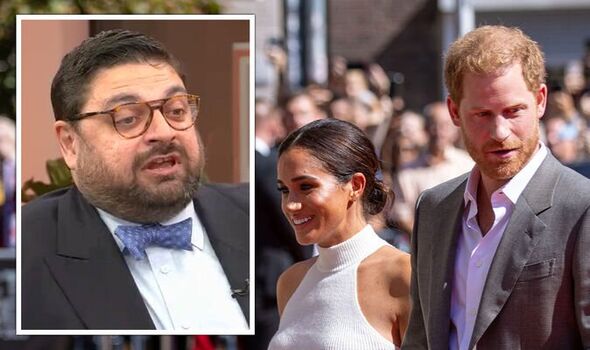 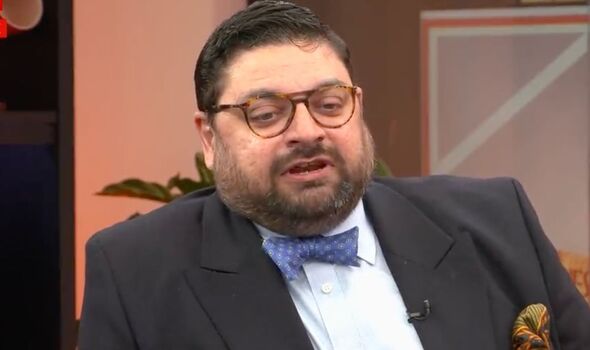 The Duke and Duchess of Sussex were invited for a sleepover at Balmoral at the end of August with the Queen, royal author Katie Nicholl told GB News Breakfast.

But the couple has allegedly turned down the invitation without giving a clear explanation as to why they won’t visit the Royal Family.

It is understood the US-based couple may not be welcomed after Meghan dropped a series of bombshells in an interview with the US fashion magazine The Cut.

Markle told feature writer Allison P. Davis that she is “still healing” from everything that happened in her short stint as a working royal. 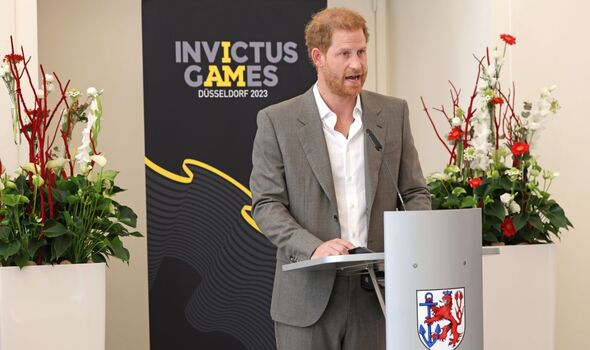 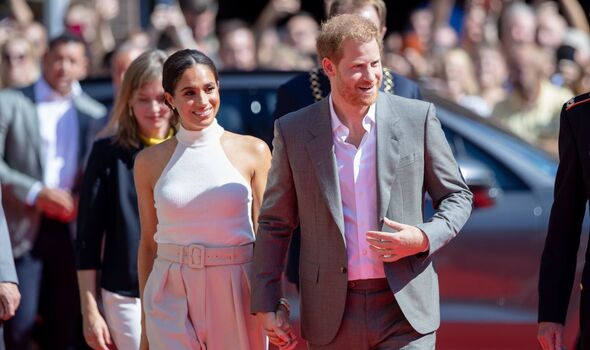 “Because just by existing, we were upsetting the dynamic of the hierarchy,” Meghan said. “So we go, ‘Okay fine, let’s get out of here. Happy to,” she explained.

The Sussexes are in the UK to visit charities “close to their heart”, a spokesperson for the couple said.

So far, the US-based couple has been to the One Young World Summit in Manchester and the Invictus Games in Düsseldorf, Germany.

In her speech in Manchester, Meghan urged young leaders to “cement their place in history” by working to “create a better future.” 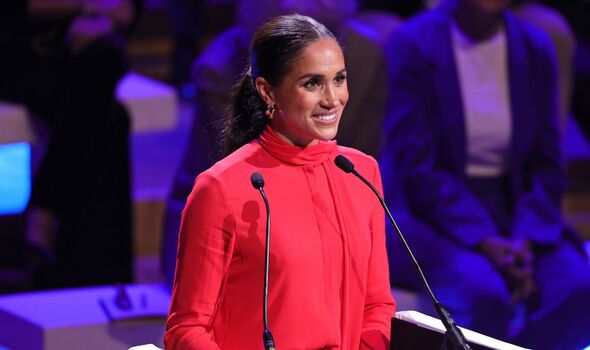 “You are the ones driving the positive and necessary change needed across the globe now, in this very moment,” Meghan added.

Speaking at the location of the next Invictus Games, Prince Harry praised Düsseldorf as a “brilliant” city “filled with amazing people.”

“From what I’ve witnessed today already, I have a good sense of how we will bring the motto of these games – A Home For Respect – to life,” Harry said.

READ NEXT:
Meghan’s latest podcast guest takes apparent swipe at royals
Meghan and Harry ‘come back to boost royal status’ says Piers Morgan
Bob Geldof slips up in front of Meghan Markle and Prince Harry
Harry and William should reconcile ‘behind the scenes’
Meghan sees the Royal Family as ‘just a leg up’, expert claims

Seven people rushed to hospital after fire at nursing home