Prince Harry has arrived at Balmoral following the death of the Queen.

The 37-year-old, pictured in the back of a black car, was driven into the Scottish estate around 8pm.

His arrival came an hour-and-a-half after news of the Queen’s passing was made public.

Buckingham Palace announced the death of the 96-year-old at 6.30pm.

Torrential rain continues to pour as cars come and go from Balmoral.

The new King Charles arrived at the Scottish estate, alongside the late monarch’s other children, earlier today.

Prince William also travelled up to be by his family’s side, as did the Duke and Duchess of Wessex. 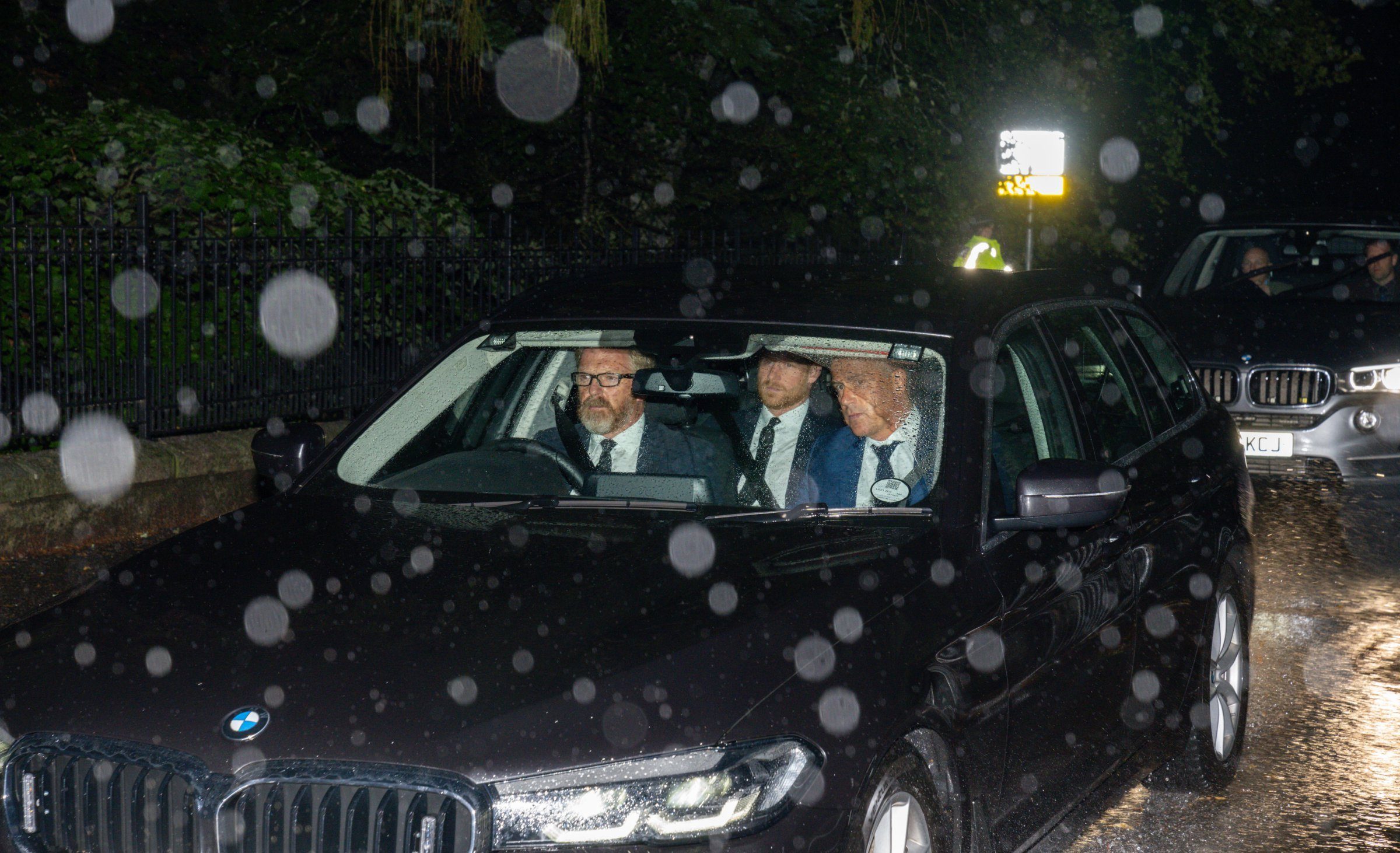 The Queen’s family had raced to her bedside after doctors revealed her health was faltering.

But Prince Harry travelled separately to the likes of Prince William.

His appearance at the WellChild Awards ceremony in London, due this evening, was cancelled following the news of his grandmother’s passing.

Meghan Markle also did not travel alongside her husband.

In London, distraught crowds have already gathered outside Buckingham Palace.

An impromptu rendition of the national anthem erupted in front of the gates, with people singing ‘God Save the King’ following the news of the country’s new monarch.

A video shows the crowd of teary faces singing the national anthem shortly after the announcement.

‘There was total silence outside Buckingham Palace as the news broke, and then the crowds broke into song: God Save the King,’ Anna Stewart wrote on Twitter.

‘Should have played a bigger role!’ Royal Family urged to use Princess Beatrice at Jubilee