Prince Harry detailed his plans to “liven up” traditional royal events such as state banquets and formal engagements to the authors of Finding Freedom, a newly-released biography focused on the Duke and Duchess of Sussex. Royal commentators Omid Scobie and Carolyn Durand described Prince Harry in their bombshell book as a member of the Royal Family who didn’t always appreciate many of the formalities in royal life.

This varied from specific outfits and protocols to the way key royal engagements are carried out.

And Prince Harry, according to the authors, believed it was essential to change these centuries-old traditions.

They wrote: “Not one for pomp and circumstance, he never liked certain ‘stuffy’ engagements, like state banquets at Buckingham Palace, or the overly formal attire they sometimes required.

“To this day, Harry doesn’t like wearing a tie. 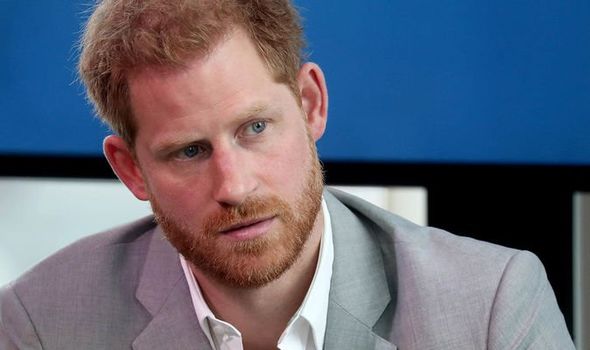 “He once confessed to the authors of this book ‘We need to liven these things up, make them more fun and interesting”.

A similar view of the royal world and the desire to revolutionise it may be the consequence of the fact he was not a direct heir to the throne, unlike his brother Prince William.

Highlighting Harry and William were brought up in a slightly different way due to the fact the Duke of Cambridge will one day be king, the book stated: “By the time the boys got older, the difference in their position was clearer.

“William would have solo meetings with the Queen to learn about his future role, but Harry never did.

“Diana had tried to imbue in her younger son that he should never let anyone make him feel that he wasn’t special just because he would never be king.

“If anything, she reasoned, he was lucky, because Harry had the opportunity to find his purpose. Titles are both boon and burden.

“Not surprisingly, he grew up into a young man most at ease around close friends and people not overly impressed with his royalty.”