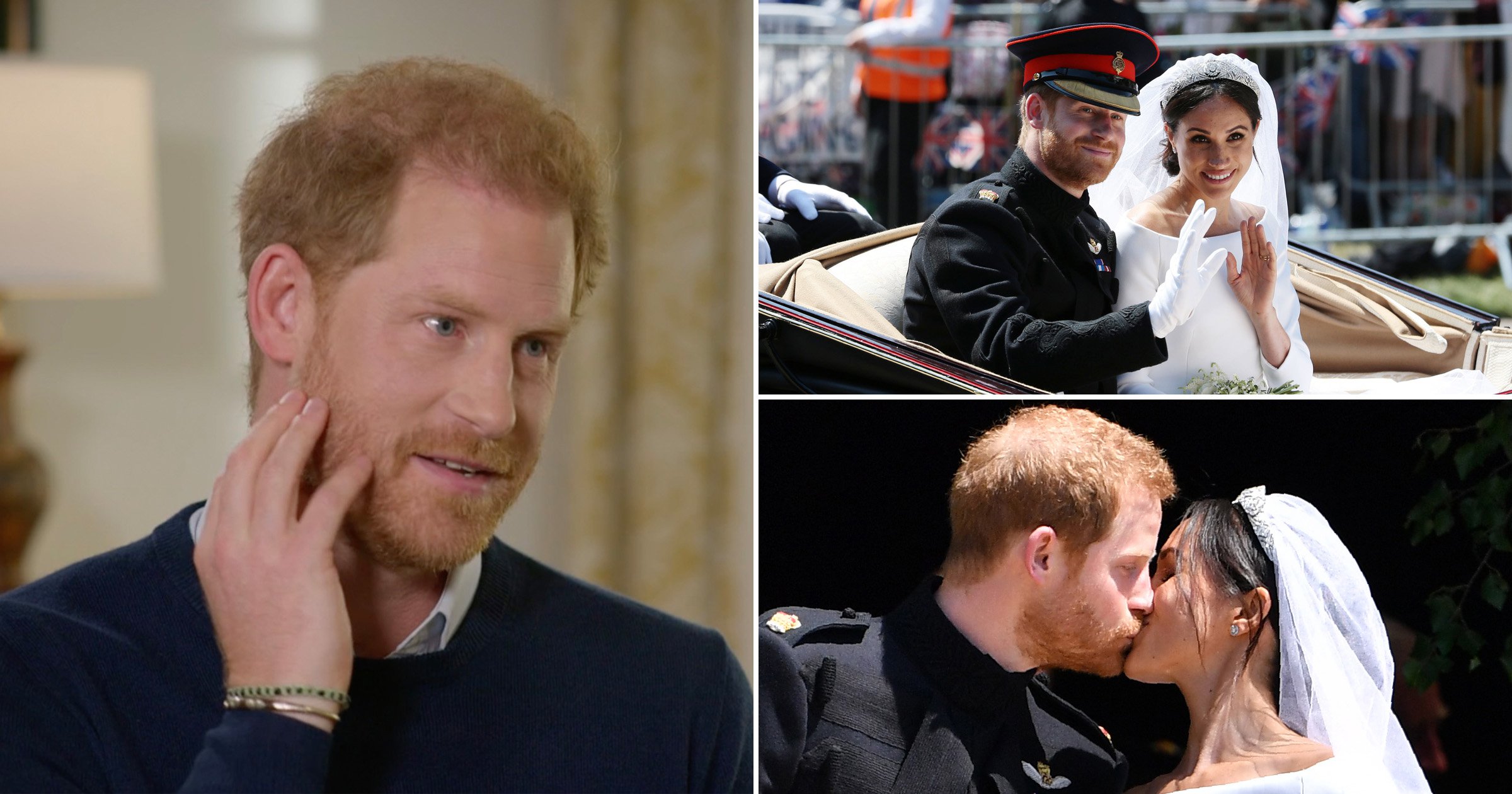 Prince Harry denied accusing the Royal family of being racist in his bombshell ITV interview.

Viewers were stunned to see Harry distance himself from comments made in an interview with  Oprah Winfrey two years ago.

Then he and Meghan sensationally claimed that an unnamed royal had concerns over the colour of baby Archie’s skin.

Meghan even suggested he may not be made a prince amid ‘conversations’ about how dark he would be.

But Harry told Tom Bradby in his 90-minute interview they never made a racism accusation.

Bradby had asked Harry, 38, to elaborate on the Oprah interview in which ‘you accused members of your family of racism’.

Millions of viewers were left open-mouthed when Harry replied: ‘No I didn’t.’

Even Bradby looked stunned as the Duke of Sussex passed the blame elsewhere, muttering: ‘The  British press said that.’

Harry then asked Bradby: ‘Did Meghan ever mention that they’re racist?’ Bradby repeated Meghan’s claim that there ‘troubling comments about Archie’s skin colour.’

Harry, promoting his book Spare, replied: ‘There was – there was concern about his skin colour.’

He was then asked: ‘Wouldn’t you describe that as essentially racist?’

Harry cryptically responded: ‘I wouldn’t, not having lived within that family.’

He interrupted Brady’s attempts to question further, and suggested it was ‘unconscious bias’, not racism, and they can now ‘learn and grow’  and be ‘part of the solution’, instead of the problem.

He then repeated his previous claim that he will ‘never talk about’ who made the comments about Archie’s skin colour.

Harry accuses Royal family of ‘getting into bed with the devil’

The bombshell Oprah comments triggered a huge storm, and led to Buckingham Palace saying in a statement: ‘The issues raised, particularly that of race, are concerning. While some recollections may vary, they are taken very seriously and will be addressed by the family privately.’

Harry then went on to support  Lady Susan Hussey, the Queen’s former Lady-in-Waiting  who triggered a race storm at a Buckingham Palace event.

She quit last month after repeatedly asking charity boss Ngozi Fulani where she was ‘really’ from.

However Harry again blamed the ‘British press’, despite Ms Fulani making the revelations  public on her Instagram account.

He went on: ‘She thinks she is great. And I also know that what she meant – she never meant any harm at all.

‘But the response from the British press, and from people online because of the stories that they wrote was horrendous. Was absolutely horrendous, the response.’

US, Europe condemn Russia's imprisonment of Navalny as thousands protests near Kremlin