Prince Harry drew attention to his own charitable efforts in a speech to the United Nations Assembly in honour of Nelson Mandela Day. The Duke of Sussex spoke of his deep personal connection to Africa, describing the continent as a “lifeline” he had frequently turned to in periods of turmoil. The Duke of Sussex outlined his hopes to continue working to address political concerns across the region through his own charitable endeavours.

Since his step back from the Royal Family, the Prince, alongside his wife Meghan Markle, has established the non-profit Archewell Foundation aimed at uplifting global communities.

In his speech to UN officials, Prince Harry said: “Since I first visited Africa at 13 years old, I’ve always found hope on the continent.

“In fact, for most of my life, it has been my lifeline, a place where I have found peace and healing time and time again.

“It is where I have felt closest to my mother and sought solace after she died and where I knew I had found a soulmate in my wife.

“It’s why so much of my work is based there.” 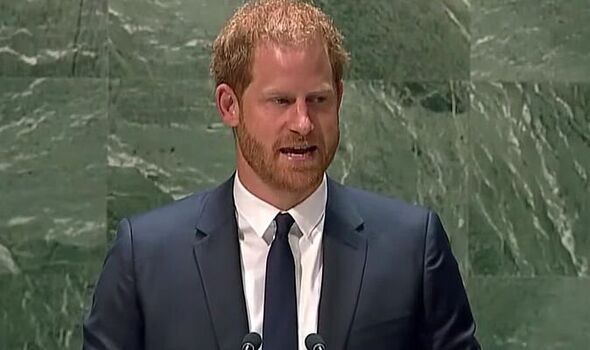 Prince Harry continued: “Despite continued hardship, there are people across Africa who embody Mandela’s spirit and ideal, building on the progress he helped make possible.

“I see it in the communities helping to fight to save the Okavango delta, defying the odds to protect their home and the biodiversity from big oil companies.

“I see it in the young girls who were forced out of school and into marriage in northern Nigeria, speaking out today so others might get a bigger chance to thrive tomorrow.

“I see it in the young entrepreneurs I met in Johannesburg using their energy and creativity to launch businesses that serve their communities.”

He added: “I see it in World Central Kitchen, a partner of the Archewell Foundation, and their volunteers in Ukraine and around the world, fighting food insecurity one mean at a time.” 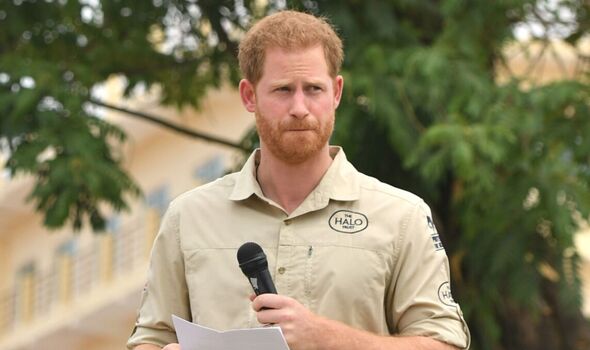 Through his Archewell Foundation, Prince Harry launched a campaign in 2021, alongside environment non-profit Re:wild aimed at obstructing oil drilling in the Okavango River Basin.

The Archewell Foundation outlined how oil companies were threatening to devastate the “vibrant Okavango ecosystem” and called for an immediate halt to oil and gas drilling in the area.

The article reads: “The Okavango River Basin is under siege by ReconAfrica, a Canadian oil and gas company which has been granted licences for exploratory drilling.”

The article described an “imminent threat” of drilling activity which would “pillage the ecosystem.”