Harry and his wife Meghan Markle repeatedly mentioned Diana during their explosive interview with Oprah Winfrey last month. The Duke of Sussex claimed he feared “history repeating itself”, and that he wished his family would “learn from the past”, presumably when it came to welcoming outsiders into the royal fold. He said he believed his mother would be “very sad” and “very angry” at how his royal departure worked out, but that “all she’d ever want is for us to be happy”.

He added: “I think she saw it coming. And I certainly felt her presence throughout this whole process.”

Meghan said she also turned to one of Diana’s best friends when struggling on the royal frontline, while Harry said they had relied on his inheritance from the late Princess of Wales to set up their new lavish lifestyle in California.

Even before the interview aired, Harry had emphasised that Diana was going to be his inspiration in his post-royal life.

He and Meghan launched their new platform Archewell in January with a poem which opened with the line, “I am my mother’s son”.

In the Amazon Prime documentary, ‘Princes of the Palace’, it’s noted how Harry chose to pick up Diana’s work the moment he became an adult.

The voiceover explained: “An 18th birthday marked by his emergence as the protector of his mother’s legacy and as a royal figure in his own right. 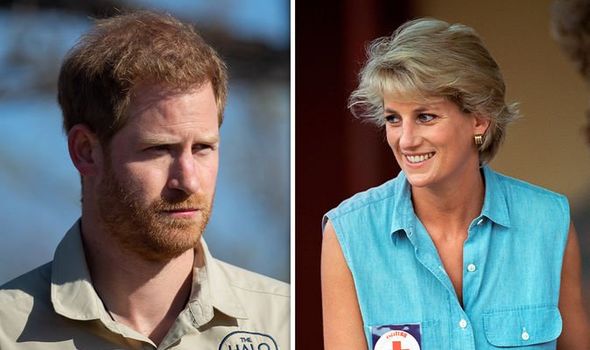 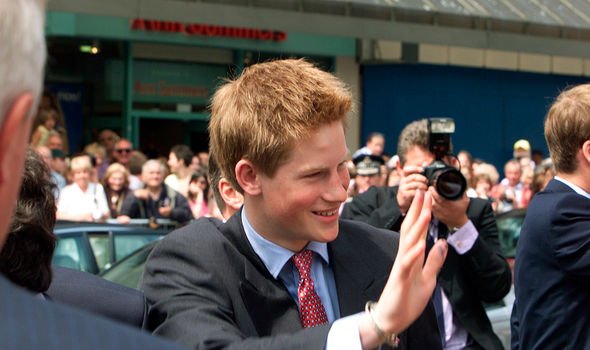 “It was no coincidence that the Prince’s first solo engagement should be a visit to Great Ormond Street in London.

“Princess Diana was President of the children’s hospital until her death, just before Harry’s 13th birthday.

“Five years on, his pledge to continue on the charitable work she started, Harry’s decision to take an interest in his mother’s work has been encouraged by the Prince of Wales.”

The voiceover also noted: “There is no doubt that Prince Harry has the common touch.”

This was a trait Diana was renowned for having — her ability to bond with the public led former Prime Minister Tony Blair to grant her the title of ‘the People’s Princess’.

Royal commentator Robert Jobson told the documentary: “Prince Harry is probably the most natural and honestly open person in the Royal Family at this moment in time. 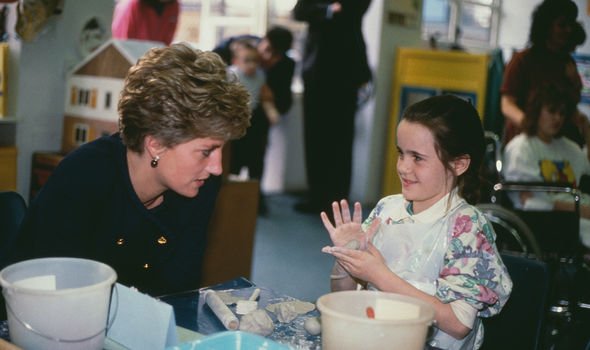 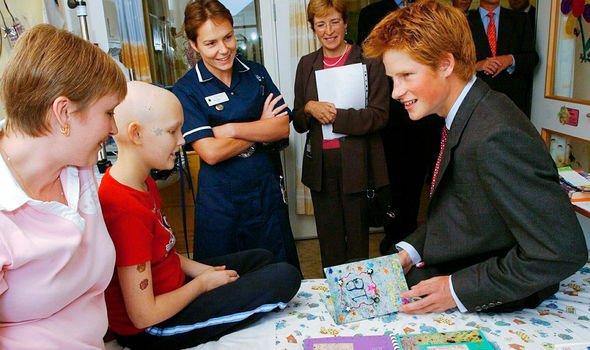 “When he meets people, they warm to him — not because he’s a prince necessarily but because of who he is as a person.”

The Duke of Sussex has continued to align himself with his mother’s memory even 20 years after her death.

In 2017, he told royal biographer Angela Levin: “I intuitively know what my mother would like me to do and want to progress with work she couldn’t complete.”

He even travelled to Angola in 2019 and replicated some famous images of his mother’s anti-landmine tour from 1997, in the same country.

Comparisons between the two have only increased since Harry’s chaotic departure from royal life last year.

Diana stopped being a full-time working royal after her divorce from Charles was finalised. 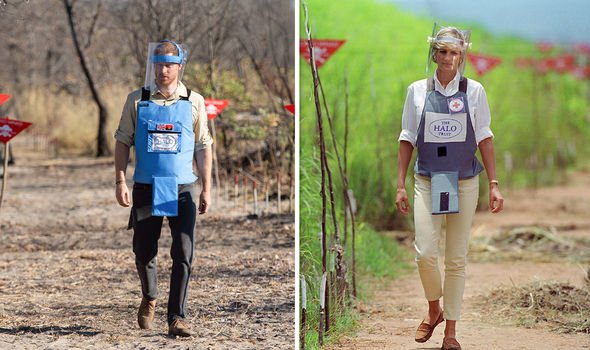 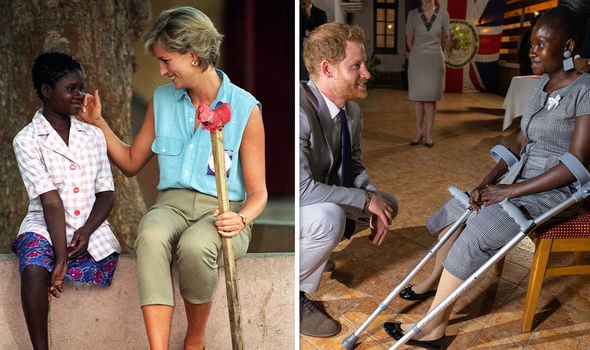 Like Harry and Meghan, she kept her title as the Princess of Wales — however, she was completely stripped of her HRH status, while the Sussexes still technically have theirs, but cannot use it in a working capacity.

Diana also received a hefty lump sum of £17.5million — which amounts to approximately £31million today — along with an annual payment of £400,000, worth £700,000 now, in her divorce, and signed up to the confidentiality clause in the agreement.

In comparison, Harry claimed he was “cut off” by the Royal Family last year, when he was officially no longer a working member of the Firm, but is not believed to have signed any confidentiality agreements with the Palace.

Speaking to Oprah, he said it was the lack of funds which pushed him and Meghan to pursue lucrative commercial deals with Netflix and Spotify.

The Princess of Wales also stunned the world with her own jaw-dropping interview in 1995, when she spoke to BBC Panorama and famously said: “There were three of us in this marriage, so it was a bit crowded.”

This allegation of infidelity dealt a severe blow to Charles, and left his reputation in tatters for years.

Like Harry and Meghan in their interview with Oprah, Diana took aim at the broader institution, too. 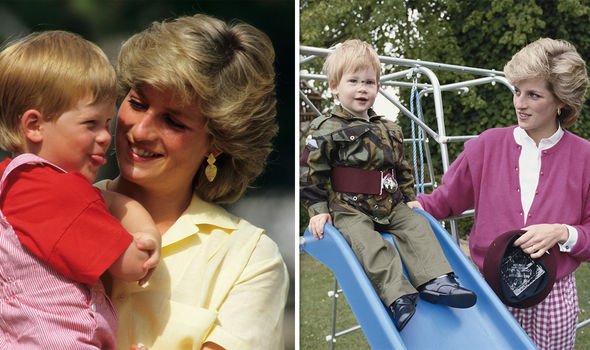 She said she was perceived as a “liability” by the royal household and “people in my environment”.

Similarly, the Duchess of Sussex alleged that her greatest regret about her royal life was believing the Palace “when they said I would be protected”.

Interestingly, Meghan also made a passing reference to Diana’s interview when she was in conversation with Oprah.

She said: “My mum even said to me a couple of months ago, ‘Did Diana ever do an interview?’

However, the Duchess of Sussex maintained that she “didn’t grow up knowing much about the Royal Family”, distancing herself from the famous royal — while Harry has positioned himself in Diana’s shadow.

Coronavirus: How the pandemic is rewriting the rules for those looking for work